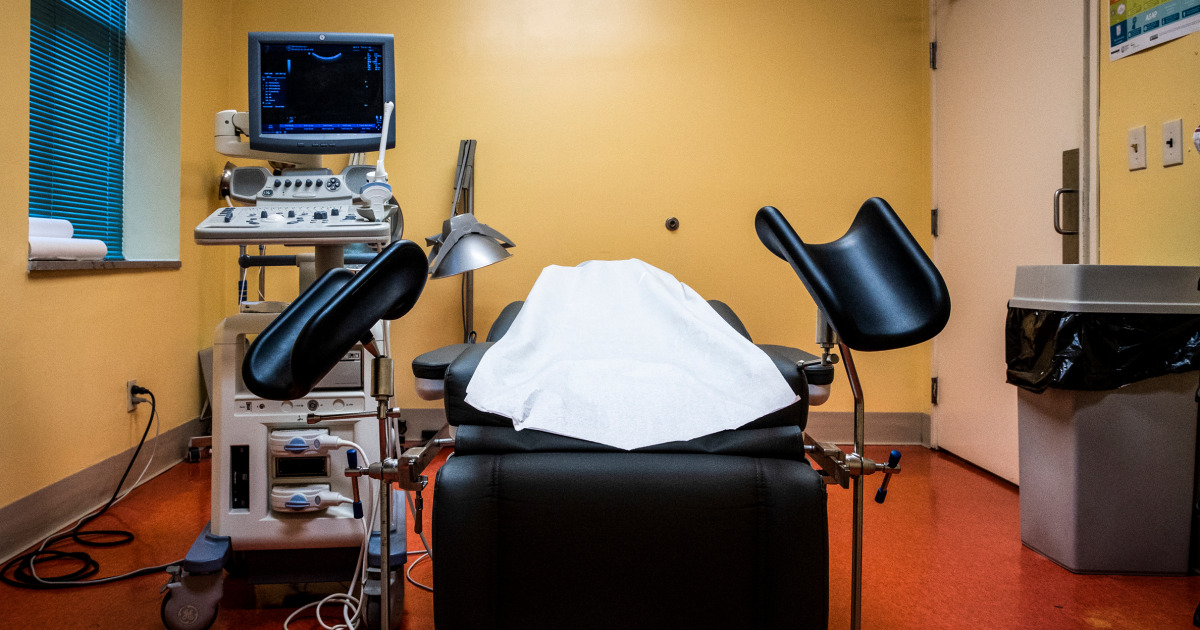 Just moments after the Supreme Court overturned Roe v. Wade on Friday, abortion bans went into effect in at least a half-dozen states, with many more expected to kick in over the coming weeks.The mix of “trigger” laws and pre-Roe abortion bans, which span 18 states, are in various states of implementation: Some were enforced…

Just moments after the Supreme Court overturned Roe v. Wade on Friday, abortion bans went into effect in at least a half-dozen states, with many more expected to kick in over the coming weeks.

The mix of “trigger” laws and pre-Roe abortion bans, which span 18 states, are in various states of implementation: Some were enforced immediately, others are scheduled to take effect in 30 days and still more are on the books but with no specified enforcement date.

Thirteen states have so-called trigger laws — designed to snap into effect immediately or soon after a Roe reversal — and nine states have bans that pre-date the 1973 Supreme Court ruling that guaranteed a constitutional right to abortion. Some states have both.

Trigger laws took effect Friday in Arkansas, Kentucky, Louisiana, Missouri, Oklahoma and South Dakota. Similar statutes in Idaho and Tennessee will be implemented in 30 days, with a slightly longer effective date for Texas.

Officials from two trigger-law states — Mississippi and North Dakota — confirmed to NBC News that they hadn’t activated their bans as of Friday evening. Another two — Utah and Wyoming — have not said yet whether they activated theirs.

The states with pre-Roe bans on the books, some dating back more than a century, are Alabama, Arizona, Arkansas, Michigan, Mississippi, Oklahoma, Texas, West Virginia and Wisconsin, according to the Guttmacher Institute, a research and policy organization that works to advance sexual and reproductive health and rights.

Officials in many states were quick to enact their laws after the precedent-shattering decision was announced Friday morning.

In Missouri, Republican Gov. Mike Parson signed a proclamation activating its trigger law, banning most abortions — within minutes of the Supreme Court’s decision. The state law prohibits doctors from performing abortions and also makes it a felony to knowingly induce an abortion, punishable by up to 15 years in prison. The law does not make an exception for rape or incest but includes one for a “medical emergency.”

In a letter, O’Connor certified “that Oklahoma may prohibit abortion on demand.” He added that he would begin efforts immediately to enforce the state’s abortion prohibitions, including a statute that says anyone who administers the “miscarriage” of a woman or who prescribes, advises or procures medication or drugs will be guilty of a felony that could result in a sentence of two to five years in prison.

Kentucky’s Republican attorney general, Daniel Cameron, said his state’s trigger law had also gone into effect immediately following Friday’s ruling. Kentucky’s law contains exceptions for the health of the mother, but not for rape or incest.

Some of the states with pre-Roe bans had those laws back before a judge after the Supreme Court ruling.

In Michigan, a 1931 law that calls for up to four years of prison time for doctors who perform abortions — and possibly women who take medication to induce an abortion — took effect Friday, Democratic Gov. Gretchen Whitmer said in a statement.

Whitmer, who is up for re-election this fall, called the law “antiquated” and noted that, “for now, a Michigan court has put a temporary hold on the law” — but that the “decision is not final.” Whitmer filed a lawsuit in April urging her state’s Supreme Court to determine whether the Michigan Constitution protects the right to an abortion.

In Wisconsin, meanwhile, Planned Parenthood announced it was “temporarily suspending” abortion services in response to the Supreme Court decision and a 19th century state law.

Wisconsin has an 1849 law banning abortion in almost all cases, which has technically taken effect. However, the state’s Democratic governor, Tony Evers, and Democratic attorney general Josh Kaul — who are both seeking re-election this year — have vowed to not enforce it.

In Arizona, Roe’s reversal reinstated a 1901 law criminalizing abortion, making it a felony punishable by two to five years in prison for anyone who performs an abortion or even helps a woman obtain one. The law, which dates to before Arizona was a state but has never been repealed, includes an exception to save the woman’s life.

More recent restrictions have been passed in Arizona, though, including a law signed in March by Republican Gov. Doug Ducey banning abortions after 15 weeks of pregnancy. The law makes exceptions for medical emergencies but not for rape or incest. Legislators have wrangled over which law should have superseding authority, though Republican attorney general Mark Brnovich said Friday that the state’s 15-week ban will go into effect this summer.

In many other GOP-led states, 15- and six-week bans, which are now legal, will quickly go into effect as state officials take steps in court.

In Georgia, for example, attorney general Chris Carr, a Republican, said the state filed Friday to lift a stay on the state’s 2019 law banning abortions at about six weeks into pregnancy, before many women even know they’re pregnant.

The law, like many others, had been blocked by a federal appeals court. The law includes exceptions for rape and incest if the victims have filed police reports and if doctors have deemed the pregnancies “medically futile.”