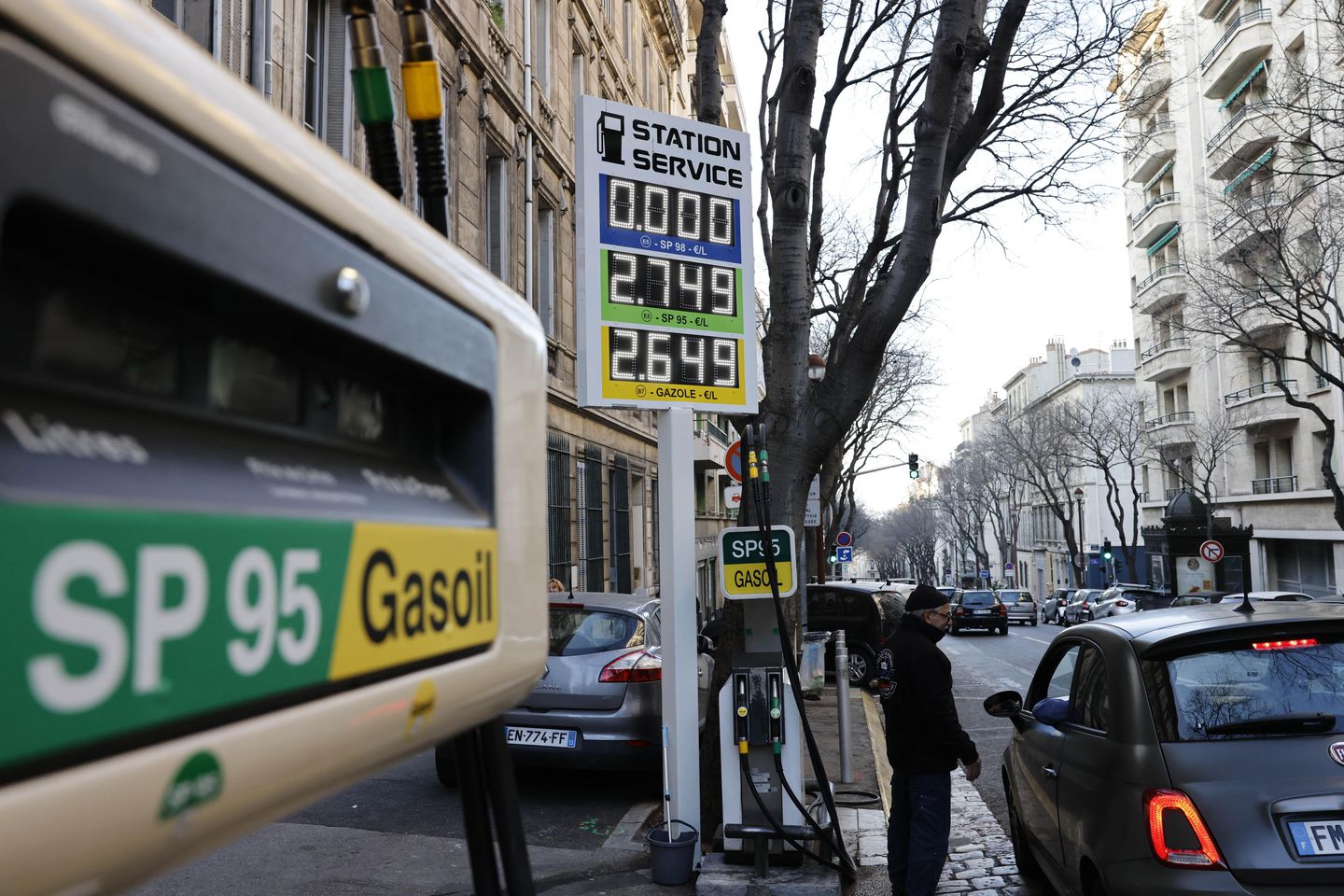 Shocking pictures from the Ukrainian town of Bucha and accusations of Russian war crimes are building pressure for more sanctions against Moscow. A key potential target: Russian oil and natural gas, and the $850 million that European importers pay for those supplies every day. But it’s not so easy, given Europe’s dependence on Russian energy.…

Shocking pictures from the Ukrainian town of Bucha and accusations of Russian war crimes are building pressure for more sanctions against Moscow. A key potential target: Russian oil and natural gas, and the $850 million that European importers pay for those supplies every day.

But it’s not so easy, given Europe’s dependence on Russian energy.

Western sanctions so far have targeted Russian banks and companies but spared oil and gas payments – a U.S. concession to keep European allies on board and present a united front.

Here are key facts around Europe’s energy imports from Russia and whether a boycott is possible:

What supply is at stake?

The European Union gets 40% of its natural gas from Russia, which is used to heat homes, generate electricity and supply industry with both energy and a key raw material for products such as fertilizer.

For oil, it’s about 25%, most of which goes toward gasoline and diesel for vehicles. Russia supplies some 14% of diesel, S&P Global analysts said, and a cutoff could send already high prices for truck and tractor fuel through the roof.

Why can’t Europe cut off Russian energy like the U.S. did?

The United States imported little oil and no natural gas from Russia as it’s become a major producer and exporter of oil and gas thanks to fracking. Europe had some oil and gas deposits, but production has been declining, leaving the 27-country EU dependent on imports.

Of the 155 billion cubic meters of gas that Europe imports from Russia every year, 140 billion comes through pipelines crossing Ukraine, Poland and under the Baltic Sea. Europe is scrambling to get additional supplies by ship in the form of liquefied natural gas, or LNG, but that can’t make up for losing gas by pipeline.

LNG is also much more expensive, and suppliers are maxed out. While some European countries are well-connected to LNG terminals, such as Spain, and new projects are in the works in places like Greece and Poland, there isn’t the infrastructure to get supplies to the rest of Europe. Building LNG import terminals and pipelines to connect the gas to places that need it can take years.

Because reliance on Russia varies, agreement on an EU boycott is harder to achieve. Lithuania said Saturday that it stopped Russian gas imports and would rely only on an LNG terminal it launched in 2014. Poland, which has spent years looking for alternatives, says it won’t renew a Russian gas contract at year’s end, on top of taking steps to ban Russian coal and oil.

Germany, the continent’s biggest economy, still gets 40% of its gas from Russia, even after cutting its reliance. It aims to end Russian coal imports this summer, oil imports by year’s end, and to be largely independent on gas by 2024, German Economy Minister Robert Habeck said.

Where else could Europe get energy?

It’s working to get off Russian gas as fast as possible by finding new sources, conserving and accelerating wind and solar. The EU plan is to cut use of Russian gas by two-thirds by year’s end and exit well before 2030.

Besides getting LNG from places like the United States and Qatar, Europe is pushing for more gas from non-Russian pipelines from Norway and Algeria.

Oil is different in that it mostly comes by ship. Still, it wouldn’t be easy to replace Russian supply with global markets tight. Taking Russia’s 2 million-plus barrels per day to Europe off the market would push oil prices higher worldwide. And Russia could try to sell the oil to India and China, though it might earn less.

What would happen if Europe banned Russian energy?

Estimates vary, but a cutoff implies a substantial hit to the European economy. A ban might mean governments would have to ration gas among companies to protect homes and hospitals.

Makers of metals, fertilizer, chemicals and glass would be hard hit. Even a partial shutoff of gas to industry could cost “hundreds of thousands” of jobs, said Michael Vassiliadis, head of Germany’s BCE union representing workers in the chemicals and mining industries.

“We will likely continue to see resistance from Germany and a select few others as they’re simply far more reliant on Russian imports of oil, gas and coal,” said Craig Erlam, senior markets analyst for the U.K., Europe, Middle East and Africa at currency broker Oanda. “Forecasts for the impact of an embargo vary, but it would almost certainly tip the country into recession.”

A group of economists, including University of Notre Dame professor Ruediger Bachmann, say an embargo would mean substantial economic costs for Germany but that it would be “clearly manageable.” The country “weathered deeper slumps in recent years and recovered quickly,” including the 2009 global financial crisis and pandemic recession, they said.

“Public fear-mongering about the catastrophic consequences of an energy embargo from lobby groups and affiliated think tanks does not hold up to academic standards,” they said in an analysis on the Centre for Economic Policy Research’s policy portal voxeu.org.

What else could Europe do?

Economists Simone Tagliapietra and Guntram Wolff at the Bruegel think tank in Brussels proposed an EU import tariff on Russian oil and gas. That would reduce Russia‘s revenue while avoiding a major hit to Europe’s growth, with the legal advantage of leaving contracts intact. European leaders last week insisted those same contracts protected them from Russia‘s demand to pay for gas in rubles. The money from the tariff could be used to protect vulnerable households from higher energy prices.

While the army that invaded Ukraine is already paid for, the tariff would put the Kremlin in “a more difficult economic position, in which they might possibly start having difficulties buying stuff from the outside world, including armaments, and paying the salaries of the public sector,” Tagliapietra said.

How did Europe get to this point?

Germany relied on natural gas as it transitioned away from coal and after former Chancellor Angela Merkel shut down the remaining nuclear plants after the Fukushima disaster in Japan in 2011. Merkel emphasized diplomatic dialogue with Russian President Vladimir Putin during her 16 years in office and stressed that even during the Cold War, energy supplies kept flowing from Russia.

She also backed the Nord Stream 2 pipeline from Russia despite criticism it would increase Germany’s dependence on Russia. Chancellor Olaf Scholz, who served as Merkel’s finance minister, froze the project after the invasion.

Italy, another big EU economy, increased its reliance on Russian gas over the years as it transitioned away from coal. Italian officials say Russia supplies 38% of the natural gas used for electricity and for heavy industry, including steel and paper mills.

Foreign Minister Luigi Di Maio, who has been traveling to energy-producing nations seeking alternatives, told the news agency ANSA on Monday that “Italy could not veto sanctions regarding Russian gas.” But Premier Mario Draghi, who said last week that gas payments were funding Russia’s war, didn’t address energy when he condemned images of bodies on Ukrainian streets.