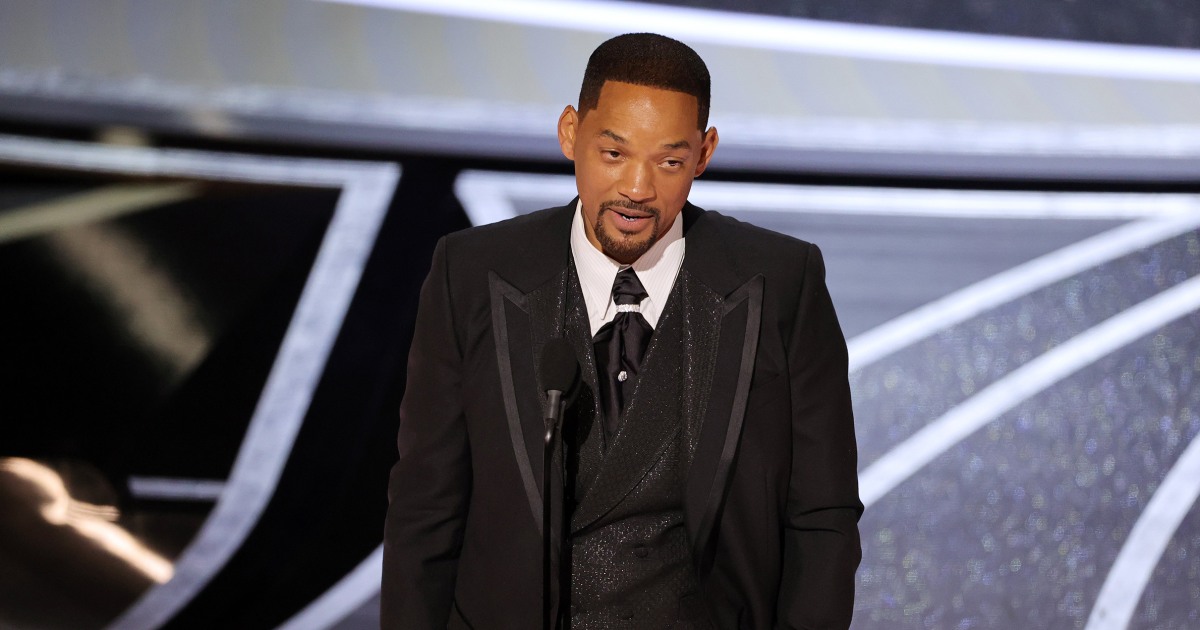 Stand-up comedian Tom Thakkar had just gotten off stage at New York City's Comedy Cellar on Sunday night when another performer asked, "Did you see what happened?"That's when he learned that actor Will Smith had rushed the stage during the Academy Awards telecast and slapped comedian Chris Rock in the face for telling a joke…

Stand-up comedian Tom Thakkar had just gotten off stage at New York City’s Comedy Cellar on Sunday night when another performer asked, “Did you see what happened?”

That’s when he learned that actor Will Smith had rushed the stage during the Academy Awards telecast and slapped comedian Chris Rock in the face for telling a joke about Smith’s wife, Jada Pinkett Smith. Conversation around what Thakkar and his fellow comics described as “insane,” quickly turned into a debate.

“There were some comics who were immediately yelling about how this is really bad for comedians,” Thakkar said. “Like, ‘we’re going to get attacked more and people are going to think it’s OK because the academy thought it was OK.’”

Many comedians, some on social media, began wondering whether the moment would set a bad precedent for those who do stand-up. Would disgruntled audience members, offended by a punchline or by a joke at their expense, feel emboldened to get physical with a comedian the way Smith did with Rock?

“As a comedian, watching Will Smith storm the stage & smack Chris Rock was terrifying. I’ve certainly worried about an audience member attacking me before,” Hari Kondabolu wrote.

“Let me tell you something, it’s a very bad practice to walk up on stage and physically assault a Comedian,” Kathy Griffin tweeted. “Now we all have to worry about who wants to be the next Will Smith in comedy clubs and theaters.”

While a swath of performers posted their concerns online, comedians who spoke to NBC News were divided about whether they think the slap will prompt future audience members who feel insulted by a joke to get physical.

Some said they’re fearful about how audiences will respond to a joke they find offensive. Others said hecklers — both verbal and physical — have always been a part of the industry, and they don’t foresee Smith’s actions worsening that behavior.

Why is this allowed? If Will Smith can punch Chris Rock at the Oscars, what chance do I stand at a Chuckle Hut in Kansas?

“Why is this allowed? If Will Smith can punch Chris Rock at the Oscars, what chance do I stand at a Chuckle Hut in Kansas?” Reiss asked.

Because the Oscars and ABC have a rigorous approval process for jokes told during the telecast, Reiss said he believes the liability for what happened during the show falls on them.

Smith took the stage moments after the incident to accept his award for best actor for his portrayal of Richard Williams, the father of tennis pros Venus and Serena, in “King Richard.“

The actor attempted to justify his actions during his Oscar speech. He apologized to his fellow nominees and the Academy, but did not address Rock. Rock declined to press charges, according to the Los Angeles Police Department.

Shortly after the incident, the Academy of Motion Picture Arts and Sciences tweeted a brief statement condemning the violence. On Monday, the Academy further condemned Smith’s actions and said it had started a formal review of the incident.

Reiss said he feels there should be consequences for Smith’s actions.

“We’re going to set a standard of what jokes deserve violence and what jokes don’t,” Reiss said.

Others, like comedian Mary Beth Barone, said they are not as worried about people imitating Smith.

“Will Smith has inspired people in a number of ways, but I don’t think this is going to be an example of that,” she said.

However, Barone said she’s previously experienced scary behavior from audience members. It has unfortunately been a part of the scene for female, male and gender nonconforming performers, she said. She has seen videos of comedians being physically attacked by disgruntled audience members in the past.

“In my day-to-day performing, I don’t really worry about being attacked on stage violently … for me, what’s scary at venues that don’t have security, what’s scary is people following me home,” Barone said, noting security varies depending on venue.

Like Barone, Thakkar said he’s experienced his fair share of disrespectful audience members. Thakkar said hecklers and angry crowd members have been part of the territory when a person decides to become a comedian.

When it comes to Smith’s actions, he said he’s not worried that the space will become more hostile.

“I don’t think this will really make it more of a violent space,” Thakkar said, “but, you know, I say that now and I’m going to get punched in the head for saying the wrong thing.”