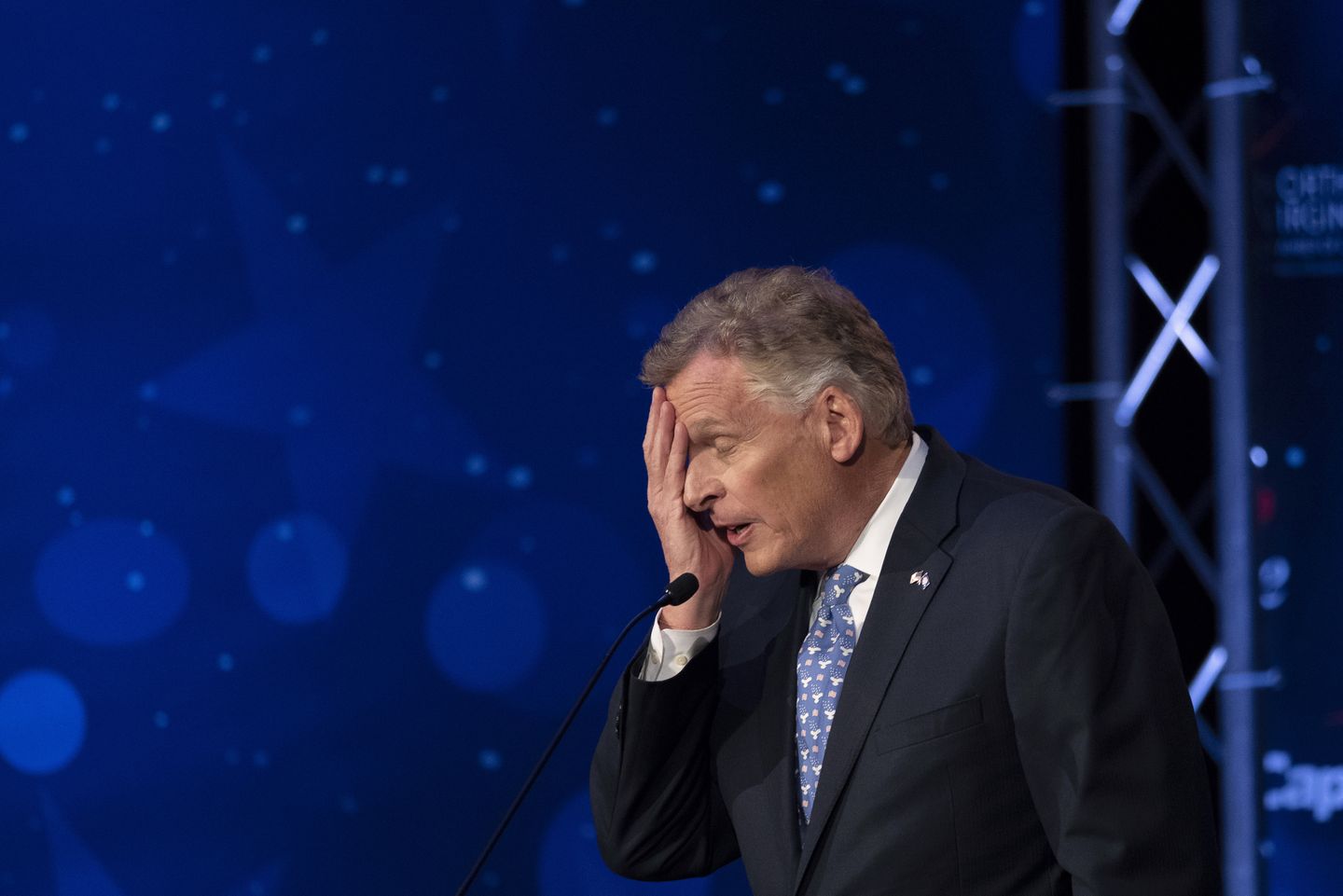 Virginia Democratic gubernatorial nominee Terry McAuliffe boasts that he presided over booming economic growth in the Commonwealth during his time as governor, but the numbers show a different story. Mr. McAuliffe, running for a second, non-consecutive four-year term against Republican businessman Glenn Youngkin, repeatedly describes himself on the campaign trail as a jobs governor who…
.

Virginia Democratic nominee for governor Terry McAuliffe claims that he supervised booming economic growth during his tenure as governor. But the numbers tell a different story.

Mr. McAuliffe, running for a second, non-consecutive four-year term against Republican businessman Glenn Youngkin, repeatedly describes himself on the campaign trail as a jobs governor who “created 200,000, new high-paying jobs.”

Since 2009, when Mr. McAuliffe first ran for governor, he promised to “create more jobs than all the other 49 governors.” He made the same promise at a 2013 debate during his second run for governor. He continued to make the promise each year until 2017 his term.

“I did it before, and they all know with a Democratic legislature, boy, I feel bad for those other 49 states cause I’m telling you Virginia is going to lead the country,” he told CNN in March.

Had Virginia employment grown at the competitor state average of 9.8%, Virginia would have added 394,140 jobs during Mr. McAuliffe‘s tenure as governor.

The former governor also says often that Virginia’s “personal income went up 14%” while he was in office.

The state’s personal income did grow 14.6% during Mr. McAuliffe‘s time as governor, but the average growth in neighboring states was an average 2.5 percentage points higher.

Finally McAuliffe resigned with a 3.7% unemployment. However, Old Dominion University’s “State of the Commonwealth Report” released in 2017, stated that Virginia’s economic growth was slower than the rest of the nation for the past six years.

“Virginia’s economy expanded during McAuliffe‘s tenure, but that’s hardly surprising given that the national economy grew during that period. The Center for Freedom and Prosperity chairman Dan Mitchell told The Washington Times that McAuliffe made any difference. He doesn’t look very good on that basis. It’s not that income and job growth were slower than states with zero-income tax like Texas and Florida. Virginia was even worse than Maryland in terms of income .”

The Washington Times reached out for comment to a McAuliffe campaign spokesperson, but was not contacted. November 2 is the date for Virginia’s governor election.