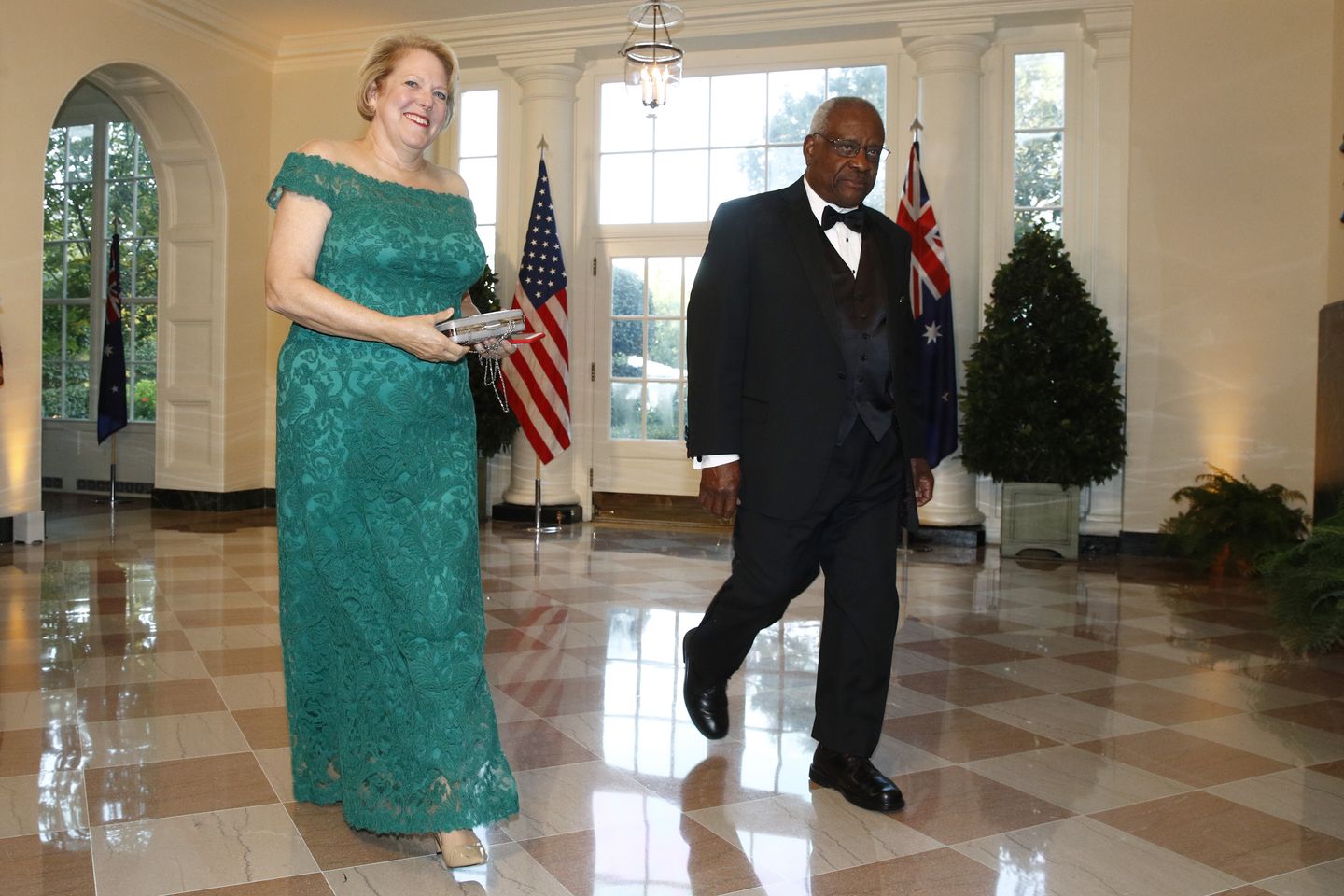 WASHINGTON — Virginia Thomas, wife of Supreme Court Justice Clarence Thomas, sent weeks of text messages imploring White House Chief of Staff Mark Meadows to act to overturn the 2020 presidential election — furthering then-President Donald Trump’s lies that the free and fair vote was marred by nonexistent fraud, according to copies of the messages obtained by The Washington Post and CBS News.

The 29 messages the pair exchanged came in the weeks after the vote in November 2020, when Trump and his top allies were still saying they planned to go to the Supreme Court to have its results voided.

The Post reported that on Nov. 10, three days after the election and after The Associated Press and other news outlets declared Democrat Joseph R. Biden the winner, Virginia Thomas, a conservative activist, texted to Meadows: “Help This Great President stand firm, Mark!!! … You are the leader, with him, who is standing for America’s constitutional governance at the precipice. The majority knows Biden and the Left is attempting the greatest Heist of our History.”

Copies of the texts – 21 sent by her, eight sent in reply by Meadows – were provided to the House select committee investigating the deadly insurrection that saw a mob of mostly Trump supporters overrun the U.S. Capitol on Jan. 6, 2021. The AP attempted to get the same information from the committee, but it declined to comment.

The texts do not directly reference Thomas‘ husband or the Supreme Court. But she has previously admitted to attending the Trump’s “Stop the Steal” rally that preceded the Capitol riot. Virginia Thomas also has previously denied conflicts of interest between her activism and her husband’s place on the high court.

Still, the messages show she was urging the top levels of the Trump administration to try to throw out the 2020 election results, and even offering coaching to Meadows on how best to do so. Thomas urged lawyer Sidney Powell, who promoted false claims about the election, to be “the lead and the face” of the Trump legal team.

Meadows’ attorney, George Terwilliger III, told The Post and CBS that neither he nor Meadows would comment on individual texts, adding, “nothing about the text messages presents any legal issues.”

Justice Thomas, 73, has been hospitalized for treatment from an infection. He and his wife did not respond to the outlets’ request for comment.

In February 2021, the Supreme Court rejected challenges to the election. Justice Thomas dissented, calling the ruling not to hear arguments in the case “befuddling” and “inexplicable.”

In a subsequent text the next day, Thomas wrote to Meadows, “Do not concede.”

The messages also suggest that Meadows was willing to continue pursuing ways to overturn the election. He replied to one message from Thomas: “I will stand firm. We will fight until there is no fight left. Our country is too precious to give up on. Thanks for all you do.”

The texts between Thomas and Meadows stop after Nov. 24, 2020. But the committee received another message sent on Jan. 10, 2021, four days after the mob attack on the Capitol, according to The Post and CBS.

“We are living through what feels like the end of America,” Thomas wrote to Meadows in it.