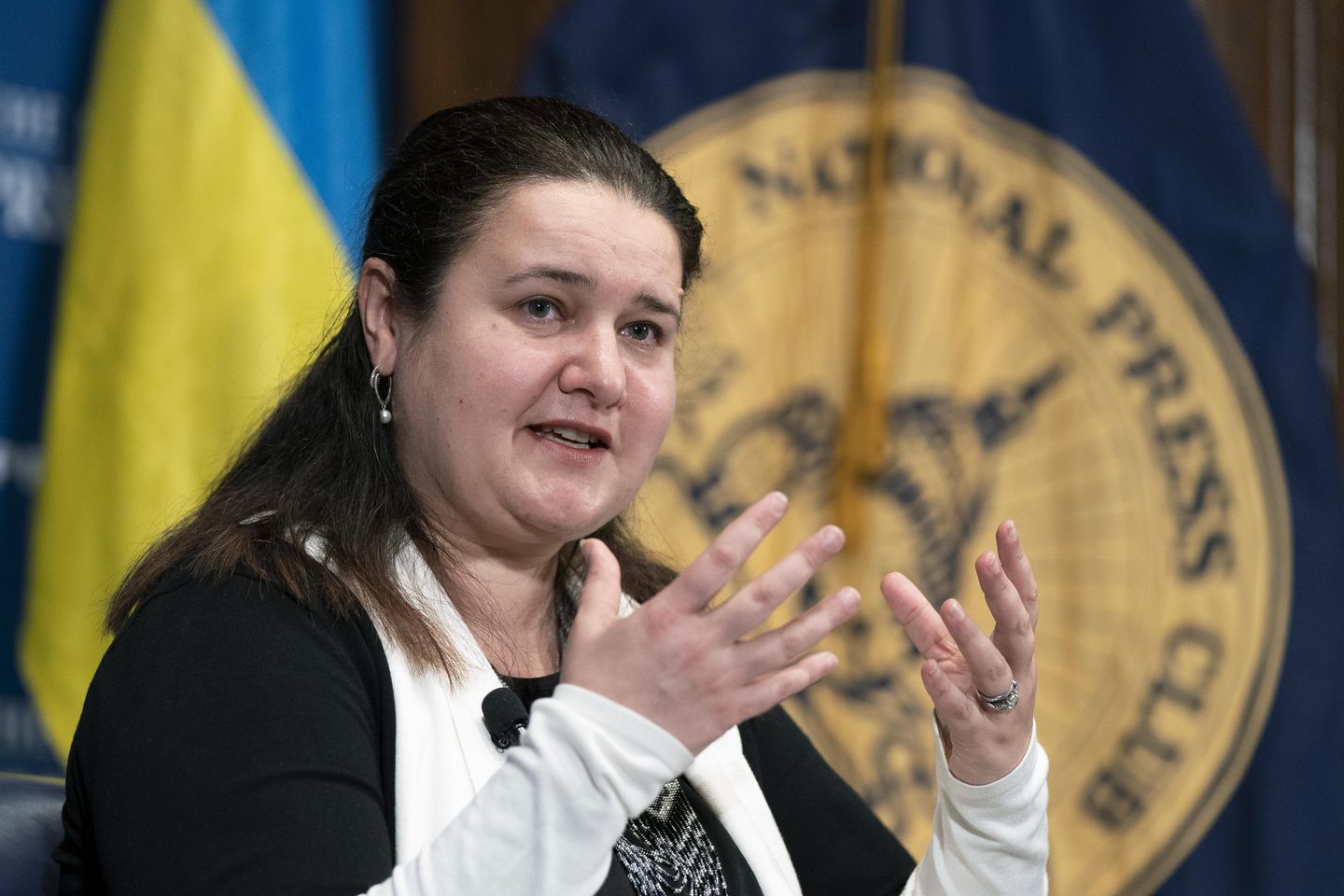 Ukraine’s Ambassador to the U.S. Oksana Markarova warned on Wednesday that “time is of the essence” for weapons deliveries, though Congress is moving slowly to approve President Biden’s request for $33 billion in additional aid to Ukraine. Democratic leaders have yet to settle on whether the aid will be combined with other spending priorities such…

Ukraine’s Ambassador to the U.S. Oksana Markarova warned on Wednesday that “time is of the essence” for weapons deliveries, though Congress is moving slowly to approve President Biden’s request for $33 billion in additional aid to Ukraine.

Democratic leaders have yet to settle on whether the aid will be combined with other spending priorities such as additional aid for pandemic relief. And as the bill inches through Congress, Mrs. Markarova said Ukrainian forces inch closer to the brink in their battle against Russia with each passing day.

“It’s essential for us to get it as soon as possible,” Mrs. Markarova told reporters during a sitdown with reporters in Washington hosted by The Christian Science Monitor. “In order to sustain the effort, in order to keep getting all of the much-needed support, the Pentagon needs to have the authorization from Congress.”

Mrs. Markarova also sought to allay concerns of “diversion and hoarding” of U.S.-supplied weapons in Ukraine, as raised this week by Democratic Sen. Patty Murray of Washington.

“You have to understand we are constant shelling and Rocket targets from the Russians,” Mrs. Markarova said. “But everything is transferred efficiently and put to good use.”

She insisted that there is close communication and coordination between U.S. and Ukrainian officials to ensure the efficient dissemination of U.S.-supplied arms.

SEE ALSO: Jen Psaki to quit May 13, Karine Jean-Pierre to take over at White House podium

Senate Democrats have considered pairing the emergency funding with a stalled $10 billion coronavirus relief package as a way to thwart Republican opposition to the additional pandemic funds.

Republicans have blocked more COVID-19 spending over the White House’s plan to end a pandemic emergency order to speedily return illegal aliens across the border.

Senate Republican Leader Mitch McConnell, Kentucky Republican, on Thursday called on his Democratic colleagues to introduce a vote on the funding without allowing the bill “to be a vessel for extraneous matters.”

“Obviously, there is bipartisan support for a robust aid package,” he said. “But even a strong bipartisan vote will not mean much if we don’t deliver on this promise soon. “Urgent assistance for Ukraine’s fight must move at the speed of relevance. Every day this aid spends tied down to unrelated business here in Washington is a day it’s not helping Kyiv turn the tide.”

Mrs. Markarova said that while she would not wade into U.S. politics, she nonetheless stressed the importance of moving the funding through Congress as quickly as possible.

“The faster this deal is adopted, the faster we will be able to get additional supplies,” she said. “This is something that we have communicated clearly. Regardless of how it’s done – we are not getting into the internal processes – but it has to be done as soon as possible.”