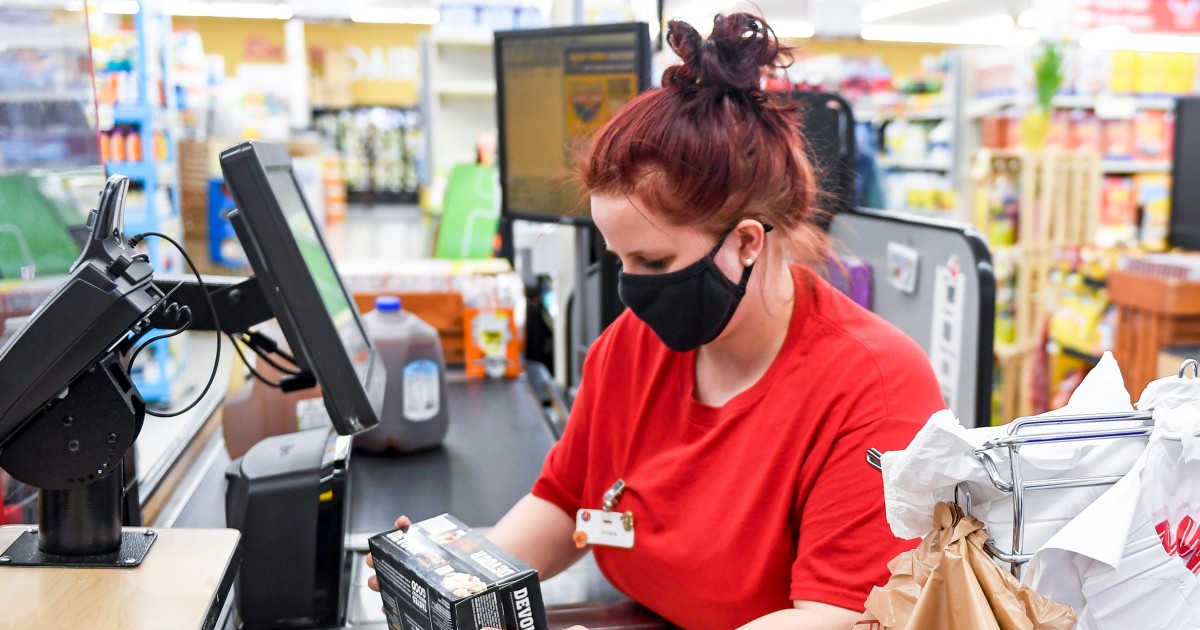 The number of Americans filing new claims for jobless benefits dropped to a 52 1/2-year low last week, while unemployment rolls continued to shrink, pointing to rapidly diminishing labor market slack that will keep boosting wage inflation.The strength in the job market reported by the Labor Department on Thursday may push the Federal Reserve to…

The strength in the job market reported by the Labor Department on Thursday may push the Federal Reserve to raise interest rates by half a percentage point at its next policy meeting in May. Fed Chair Jerome Powell on Monday said the U.S. central bank must move “expeditiously” to raise rates and possibly “more aggressively” to keep high inflation from becoming entrenched.

The Fed last week increased its policy interest rate by 25 basis points, the first hike in more than three years.

“U.S. businesses are not laying off workers because they know the enormous challenges they’re facing in filling open positions,” said Ryan Sweet, a senior economist at Moody’s Analytics in West Chester, Pennsylvania.

“If initial claims remain below 200,000 for a period of time, it will raise a red flag with the Fed.”

Initial claims for state unemployment benefits fell 28,000 to a seasonally adjusted 187,000 for the week ended March 19, the lowest level since September 1969. Economists polled by Reuters had forecast 212,000 applications for the latest week.

Last week’s drop in claims was widespread, with large decreases in California, Michigan, Kentucky and Illinois.

Claims have been declining in part as COVID-19 restrictions across the country have been lifted amid a massive drop in coronavirus cases. They have declined from a record high of 6.149 million in early April 2020.

There are no signs that Russia’s war against Ukraine, which has sent U.S. gasoline prices to record highs and is expected to worsen the strain on global supply chains, has impacted the labor market.

“It is possible that the February declines represent a shift in businesses’ intentions for [capital expenditures], but the February figures also may just reflect noise in the monthly data,” said Daniel Silver, an economist at JPMorgan in New York. “We think real equipment spending is on track for strong growth in the first quarter even with related price increases offsetting some of the nominal gains.”

U.S. stocks rebounded from a sharp drop on Wednesday. The dollar rose against a basket of currencies. Prices of U.S. Treasuries fell.

Companies are desperate for workers. There were 11.3 million job openings at the end of January, with a record 1.8 open positions per unemployed person.

This misalignment between demand for labor and supply is boosting wage growth, which is providing some cushion to households against the soaring gasoline prices, as well as feeding into high inflation.

The claims report also showed the number of people receiving benefits after an initial week of aid decreased 67,000 to 1.350 million during the week ended March 12, the lowest since January, 1970. The so-called continued claims data covered the period during which the government surveyed households for March’s unemployment rate.

Continued claims declined sharply between the February and March survey periods. The unemployment rate fell to a two-year low of 3.8% in February.

“These data suggest that the March employment situation report is likely to be similar to recent reports, which have shown strong job growth and continuing declines in the unemployment rate,” said Conrad DeQuadros, senior economic advisor at Brean Capital in New York.