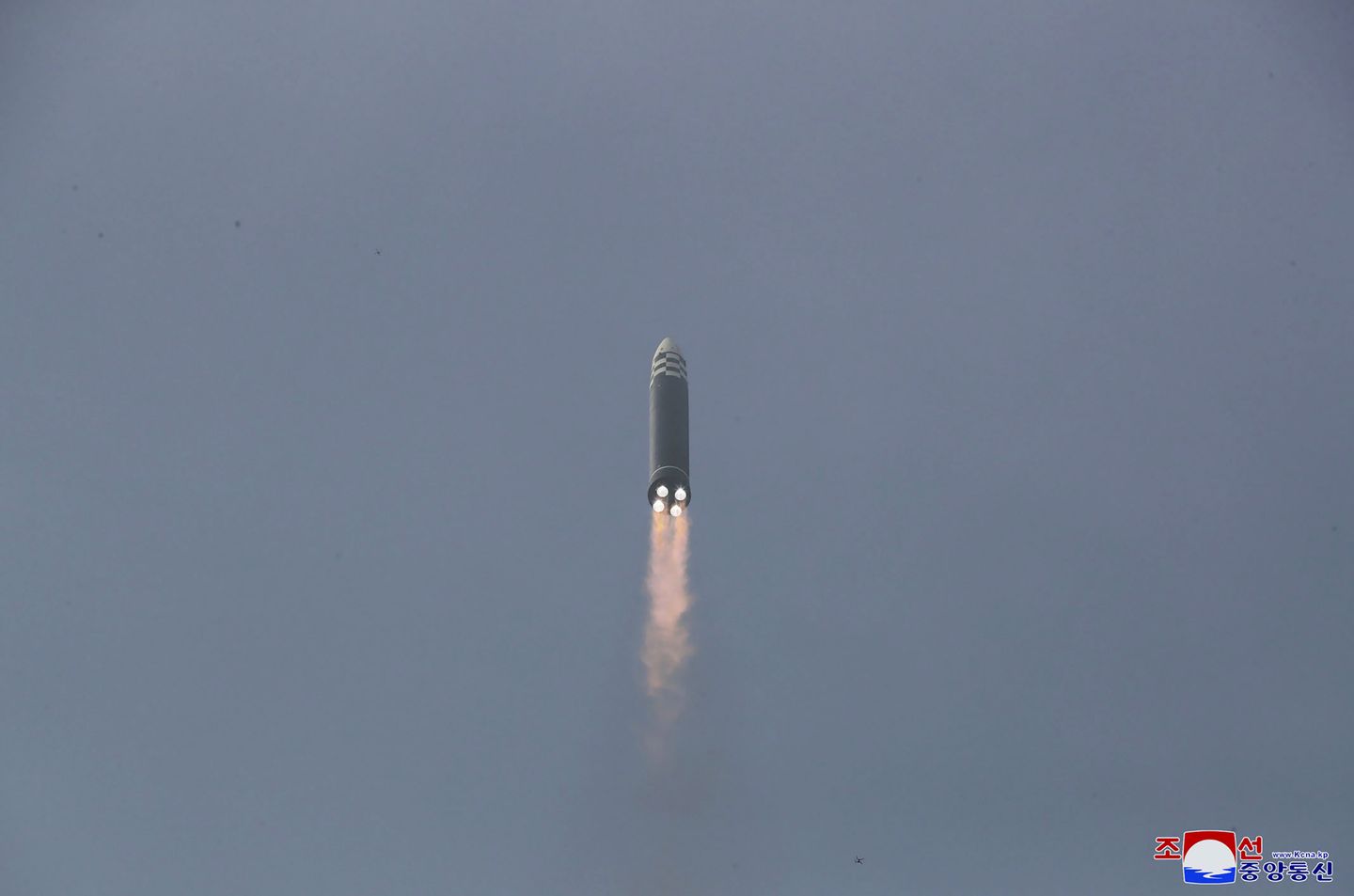 U.S. and South Korean analysts, however, aren’t so sure.

Pyongyang rocked the region last week with its first test of an intercontinental ballistic missile (ICBM) in more than four years, firing the projectile some 3,900 miles into the air before it landed in international waters between North Korea and Japan.

State media said Mr. Kim personally ordered Thursday’s test of what it said was the maiden flight for the Hwasong-17, an ICBM that is not only bigger and can fly farther than the previous Hwasong-15 missile tested in 2017, but also, unlike the Hwasong-15, can carry multiple warheads to better overcome U.S. missile defense systems.

“The whole nation is now rejoicing at another miraculous victory, the successful test launch of new-type ICBM Hwasong-17, which has further consolidated the national power and position of [North Korea],” the newspaper said.

Sunday’s article quoted Pak Il Sin, identified as a workshop manager of the Chollima Steel Complex in Kangchol-dong, as saying, “The advent of a new strategic weapon system, the entity of our absolute power, makes us more strongly feel great pride in and self-esteem for being citizens of a powerful state.” Mr. Pak added that he was now inspired “to work hard to make fresh miracles and innovations in the production of steel by copying the fighting spirit and work attitude of the heroic working class of the munitions industry.”

But U.S. and South Korean officials say it remains an open question whether the North actually deployed the Hwasong-17, a focus of its nuclear program in recent years, or a slightly improved version of its existing, single-warhead Hwasong-15.

The English-language Korea Times reported Sunday there was growing skepticism in Seoul over whether Thursday’s launch was the breakthrough Pyongyang is claiming. Several factors are feeding the doubts.

For one thing, the North has yet to release details on a separate, failed March 16 launch that was tracked by South Korean analysts, fueling questions of why the North was able to prepare and carry out a second launch of a supposedly untested missile barely more than a week later.

The ICBM launched March 24 also appeared to have two engine nozzles, as does the Hwasong-15, unlike the four nozzles the Hwasong-17 is believed to have, while the flight stages of Thursday’s test closely mirrored the timing of the 2017 launch.

North Korea gave Western analysts a first look at the two-stage Hwasong-17 in October 2020, when it was showcased in a military parade to mark the 75th anniversary of the ruling Workers’ Party of Korea.

Adding to the mystery was the fact that the official photos the North released of the ICBM in flight showed clear skies in Pyongyang even though it was overcast that day, the Korea Times report noted.

The Biden administration quickly condemned last week’s launch and pressed for new sanctions against Pyongyang, but was also holding its fire on whether the Kim regime had actually deployed its much-hyped new missile.

“We’re still assessing the intelligence on this launch,” a senior Defense Department official told reporters at a Friday background briefing.

“Obviously we know this was a test of a long-range ballistic missile and clearly they try to learn from each of these tests and to try to develop their capability further. But I am going to refrain from talking about it too specifically as we’re still analyzing our own intelligence on it,” the official said.

If it was a Hwasong-15, it may have been modified and improved since the November 2017 launch, experts said. The 2017 missile traveled roughly 600 miles, while last week’s projectile journeyed 681 miles. Last week’s missile also reached a much higher altitude than did the Hwasong-15 tested in 2017.

Whichever missile was used, Thursday’s launch continued a sharply accelerated round of military tests for North Korea, which has conducted at least 11 tests just since the beginning of the year. Analysts say the North’s Mr. Kim is increasingly frustrated by the sanctions still shackling his economy and the failure to resume direct talks with the U.S. after the breakdown of diplomacy following a series of summits with former President Trump.