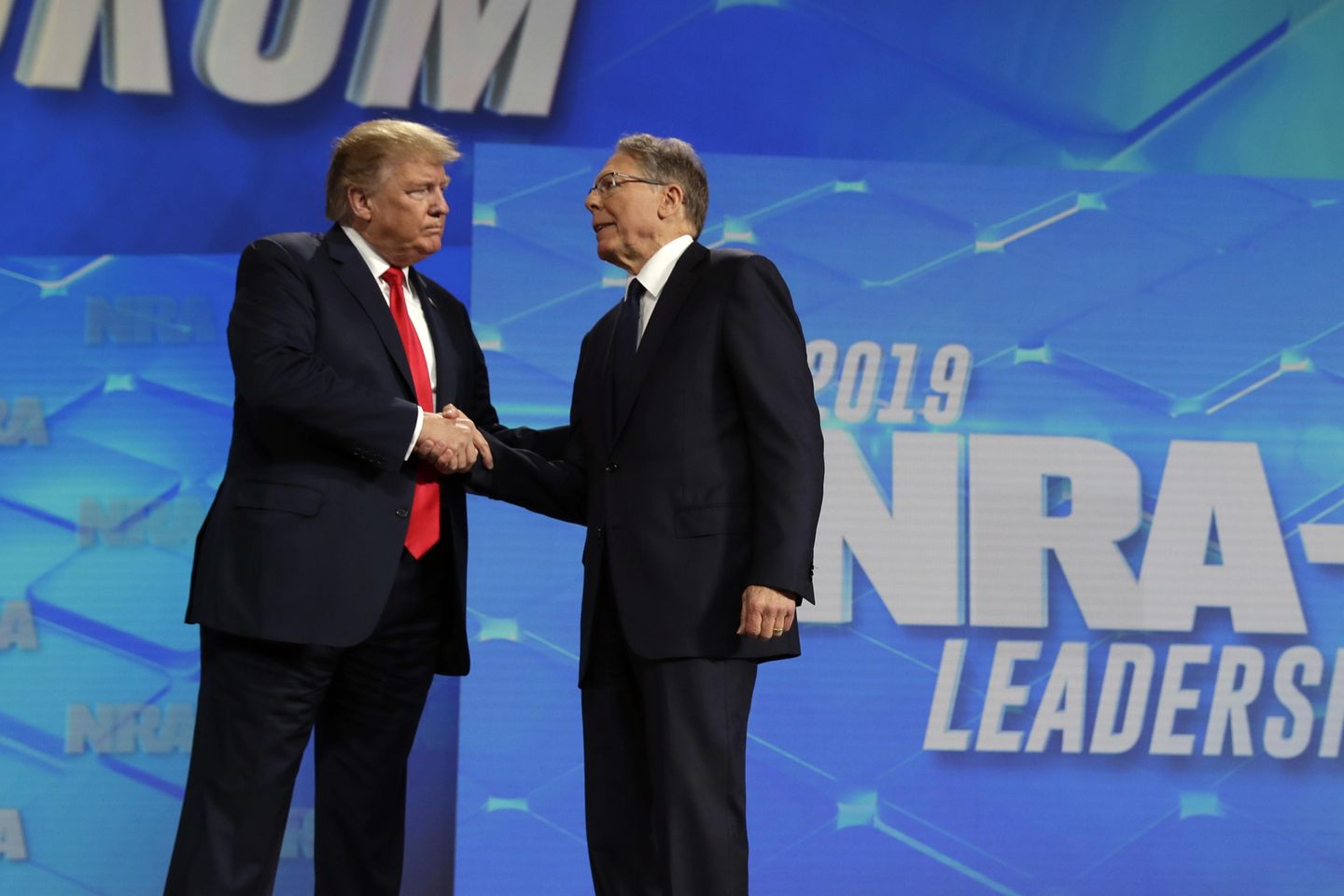 HOUSTON — Former President Donald Trump on Friday told the National Rifle Association convention that the solution to school shootings was massive security upgrades at all of America’s schools. Striking a somber note in front of the gathering of firearms enthusiasts, Mr. Trump named and honored each of the victims from Tuesday’s massacre at an…

HOUSTON — Former President Donald Trump on Friday told the National Rifle Association convention that the solution to school shootings was massive security upgrades at all of America’s schools.

Striking a somber note in front of the gathering of firearms enthusiasts, Mr. Trump named and honored each of the victims from Tuesday’s massacre at an elementary school in Uvalde, Texas, before launching into his prescription to check gun violence.

“What we need now is a top-to-bottom security overhaul at schools all across our country. Every building should have a single point of entry,” he said. “There should be strong exterior fencing, metal detectors and the use of new technology to make sure that no unauthorized individual can ever enter the school with a weapon.”

Mr. Trump said that no one should be able to get anywhere near a classroom until they have been checked, scanned, screened and fully evaluated to determine they are not a risk.

“In addition, classroom doors should be hardened to make them lockable from the inside and close to intruders from the outside. And above all, from this day forward, every school in America should have a police officer or an armed resource officer or duty at all times,” he said.

The security solution to gun violence at schools was spotlighted at the NRA gathering as the gun-control debate ramped up in Washington. The Uvalde slaughter, which came just 10 days after a racist-inspired mass shooting at a supermarket in a predominately Black neighborhood in Buffalo, New York, revived Democrats’ calls for expanded background checks to buy firearms, bans on military-style rifles and “red flag” laws to confiscate guns from people deemed to be dangerous.

The NRA has opposed various incarnations of all these firearm laws.

In his address to the NRA crowd, Mr. Trump also stressed the need to better identify and provide help for people with mental illnesses who have the potential for violence.

“When people see something whether on social media or in school, they need to say something. Teachers, parents, school officials and community members need to be recognizing and addressing these alarm bells promptly and very, very aggressively,” he said. “And our school discipline systems, instead of making excuses and continually turning a blind eye need to confront bad behavior, head-on and quickly.”

Others, including Texas Lt. Gov Dan Patrick, Rep. Dan Crenshaw of Texas, singer Lee Greenwood and singer Don McClean canceled because of the horrifying mass shooting of children just a few hundred miles away in Uvalde.

“Unlike some, I did not want to disappoint you by not showing up,” Mr. Trump said after he walked on to stage as Mr. Greenwood’s  “Proud To Be an American” played in the background.

The three-day convention kicked off Friday with tens of thousands of NRA members in attendance. The event at George R. Brown Convention Center in downtown Houston featured over 14 acres of displays of firearms and shooting and hunting accessories.

The event also was beset by more than a thousand demonstrators angered by the grisly events of the last two weeks, with protestors blaming the NRA and Republican lawmakers for the bloodshed in America.