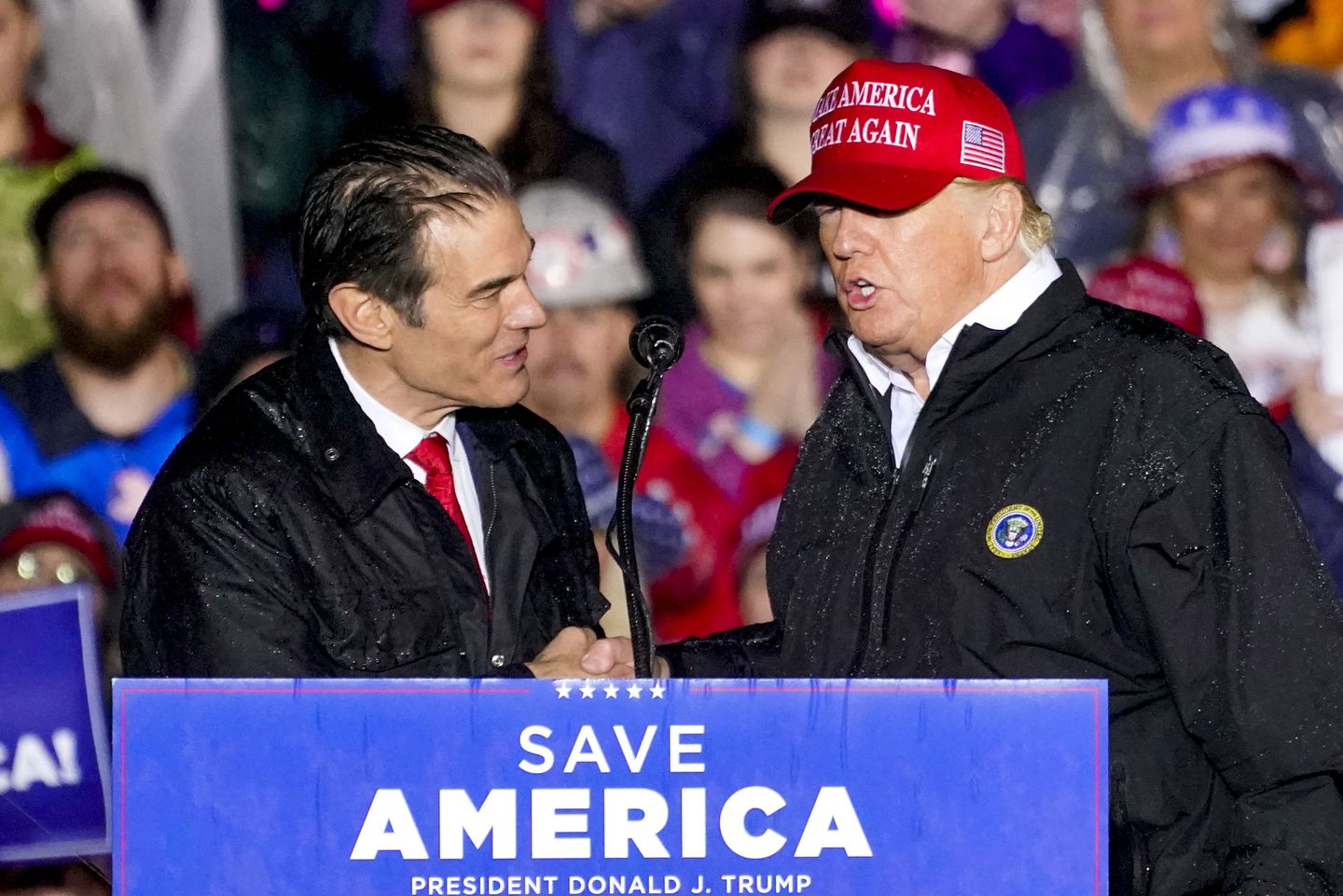 Pennsylvania’s Senate Republican primary was still too close to call Wednesday while election officials counted thousands of outstanding ballots that will determine whether Trump-endorsed Mehmet Oz will prevail over hedge fund CEO Dave McCormick.  The contest is likely headed for a recount, which is automatically triggered in Pennsylvania when the vote shows state-wide candidates are…

The contest is likely headed for a recount, which is automatically triggered in Pennsylvania when the vote shows state-wide candidates are less than half a percentage apart.

Mr. Trump, who has touted a largely successful string of GOP primary endorsements and believes the 2020 presidential election was tipped unfairly for President Biden in Pennsylvania and other states, called on Mr. Oz to declare himself as the winner, despite the razor-thin difference between the two candidates.

“Dr. Oz should declare victory,” Mr. Trump said via his personal account on the Truth Social media site, which he founded after getting banned from Twitter. “It makes it much harder for them to cheat with ballots that they ‘just happened to find.’”

While the primary winner may not be known for weeks, the victor will run in the general election against Lt. Gov. John Fetterman, 52, who easily defeated Rep. Conor Lamb and state Rep. Malcolm Kenyatta in the Democratic primary.

Mr. Fetterman voted from a hospital bed after suffering a stroke last week. Doctors removed a blood clot and told him he will make a full recovery, he said.

The Pennsylvania Senate race will be a key contest in the 2022 midterm elections and will help determine the Senate majority. The race is to fill a seat vacated by Sen. Pat Toomey, a Republican who did not run for reelection.

The Keystone State’s uncalled primary is also a test of Mr. Trump’s enduring influence among Republican voters. His decision to endorse Mr. Oz, a celebrity physician who, like Mr. Trump, hosted a long-running television show, angered many Republicans who said he lacked conservative credentials.

But the nod from Mr. Trump pushed Mr. Oz ahead a few points in the polls, and apparently enough to leave him with the slightest lead on Wednesday.

Mr.  Trump has endorsed dozens of Republican candidates in primaries across the country, with mixed results in some of the more hotly contested races.

His endorsees won some races and lost a few on Tuesday, but the former president celebrated it as a great victory overall on his social media site, Truth Social.

“The Fake News Media is having a really hard time saying that MAGA, and Trump, didn’t have anything but a spectacular evening of voting & winning. Hold on, the best is yet to come!”

Mr. Mastriano, who supports Mr. Trump’s belief that Mr. Biden won the White House unfairly, beat back a crowded field that included some longtime Republican politicians in the state.

Another Trump endorsee, 26-year-old Bo Hines, prevailed over a pack of 7 Republicans to win the GOP primary in North Carolina’s 13th District.

Mr. Trump’s next big test is on May 24, when Sen. David Perdue tries to unseat incumbent Gov. Brian Kemp in the state’s GOP primary for governor.

Mr. Trump endorsed Mr. Perdue, who like many other Trump favorites believes the 2020 election should be investigated for fraud. But Mr. Perdue trails Mr. Kemp in polls by double digits.

The Pennsylvania Senate primary results could take days or weeks.

Election officials on Wednesday had more than 100,000 mail-in and absentee ballots to tally and a recount would drag out the results until at least the end of May.

Mr. Trump had something to say about that, too, on social media. He compared the pile of uncounted ballots to Pennsylvania’s delayed results in November 2020 that ultimately yielded a narrow win for Mr. Biden.

“Here we go again!,” Mr. Trump posted on his media app. “In Pennsylvania they are unable to count the Mail-in Ballots. It is a BIG MESS.”

Mr. Trump said the nation should “get smart” and revert to same-day voting only, and with paper ballots.