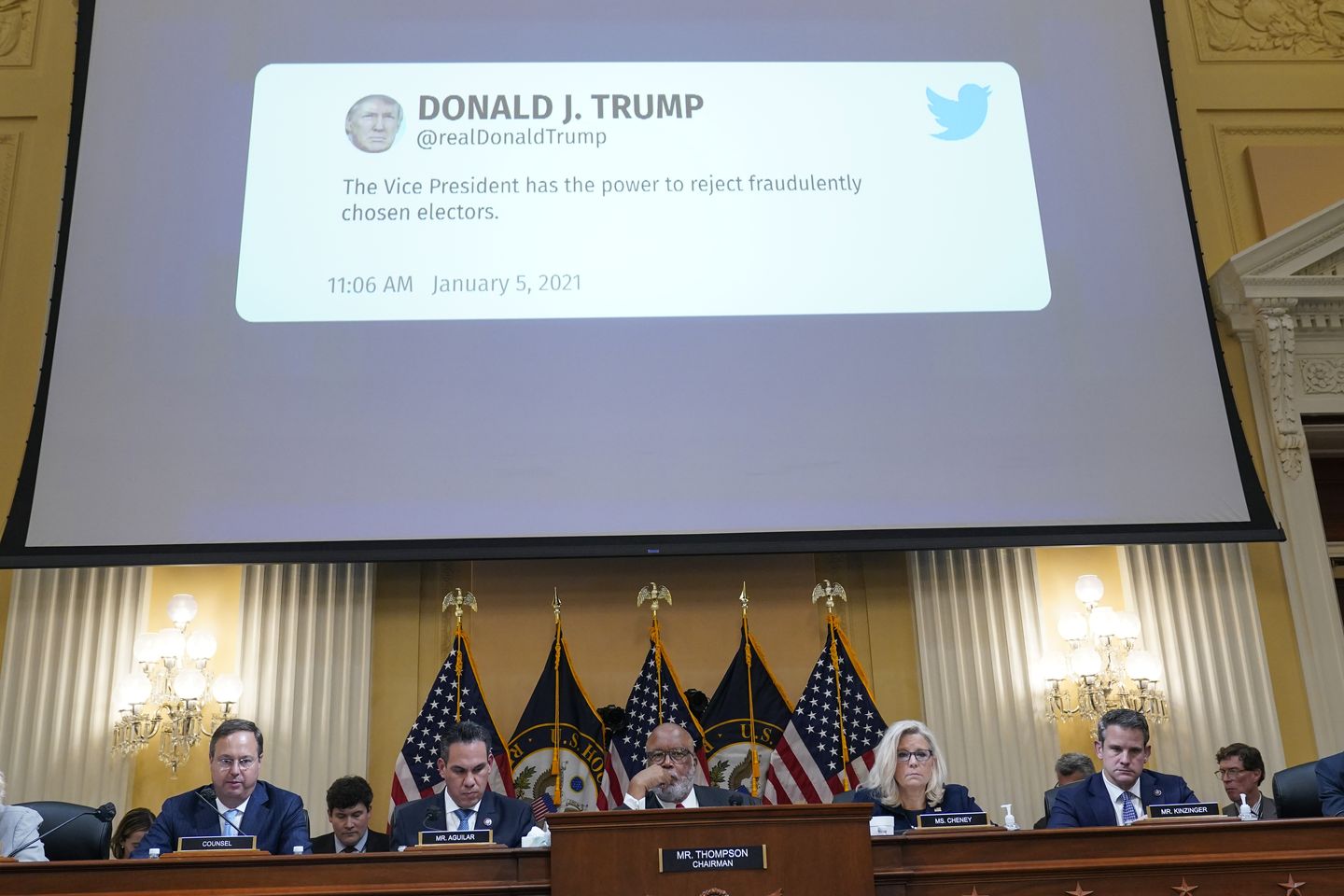 Former President Donald Trump is taking shots at House Minority Leader Kevin McCarthy over the lack of GOP representation on the House Jan. 6 Committee. Mr. Trump said it was a “bad decision” for Mr. McCarthy to withdraw his Republican nominees from the committee when the panel was being formed last summer. “It was a…

Mr. Trump said it was a “bad decision” for Mr. McCarthy to withdraw his Republican nominees from the committee when the panel was being formed last summer.

“It was a bad decision not to have representation on that committee,” Mr. Trump told USA Radio Network host Wayne Allyn Root. “That was a very, very foolish decision because they try to pretend like they’re legit, and only when you get into the inner workings, you say ‘what kind of a thing is this?’ Just a one-sided witch hunt.”

House Speaker Nancy Pelosi, California Democrat, rejected two of Mr. McCarthy’s five Republican appointees for the committee, Reps. Jim Jordan of Ohio and Jim Banks of Indiana, saying she wanted to “respect for the integrity of the investigation.”

Mr. McCarthy, California Republican, then withdrew all of his nominees and called the speaker’s move “an egregious abuse of power.”

Ms. Pelosi hand-selected two anti-Trump Republicans, Reps. Liz Cheney of Wyoming and Adam Kinzinger of Illinois, to serve on the committee. The remaining seven members, including the Chairman, Rep. Bennie G. Thompson of Mississippi, are Democrats.

The panel kicked off a series of public appearances to unpack its findings after a nearly yearlong investigation this month with a prime-time hearing followed by two daytime hearings featuring live testimony and videotaped depositions and scenes from the Capitol during the riot.

The panel aims to lay out a case that Mr. Trump’s push to overturn the presidential election resulted in the Capitol attack.

Republicans, who nearly unanimously oppose the committee, accuse Democrats of staging the hearing to try to recast the election and distract the public from the party’s failure to address the issues that matter most to voters.

On Friday, Mr. Trump called the committee members “con artists” at a conference hosted by the Faith and Freedom Coalition.

“There’s no clearer example of the menacing spirit that has devoured the American left than the disgraceful performance being staged by the unselect committee,” Mr. Trump said.

In the radio interview, the former president also took a subtle shot at Mr. McCarthy’s bid for speaker should Republicans take control of the House in this year’s midterms.

“I endorsed him in his race, but I haven’t endorsed anyone for speaker,” Mr. Trump said.