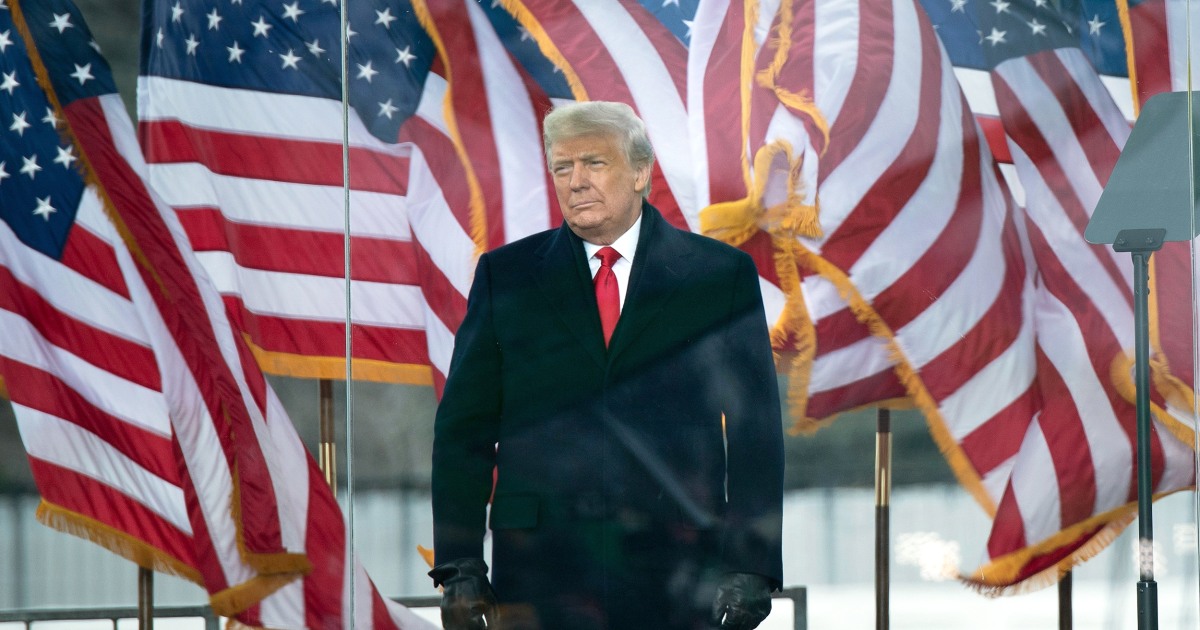 On Aug. 25, the House committee investigating the Jan. 6 insurrection issued a request for White House documents pertaining to the Capitol violence and what led up to it. The requested information includes a draft of former President Donald Trump’s speech for the rally that proceeded the mob attack, a memo about potential lawsuits against…

On Aug. 25, the House committee investigating the Jan. 6 insurrection issued a request for White House documents pertaining to the Capitol violence and what led up to it. The information requested includes a draft from former President Donald Trump’s speech for rally that followed the mob attack, a memo against the states that President Joe Biden won and talking points about alleged electoral “irregularities in a Michigan County .

Biden declined to assert executive privilege over the documents.

Biden’s White House Counsel Dana Remus declined to assert executive privilege over the documents, claiming, among other things, that “constitutional protections of executive privilege” should not be used to shield “a clear and apparent effort to subvert the Constitution itself.” Not surprisingly, Trump filed a lawsuit in the D.C. District Court to block the committee. He filed the lawsuit on October 18. The court will hear whether to issue a preliminary order to stop the release of the documents on Thursday.

Trump must prove four points to show that he has the right to a preliminary order. He must first show “clear” evidence that Trump is likely to prevail on the merits. To be granted a preliminary order, he must prove that he is likely to win the case at the end of the proceedings. But Trump is in trouble right away. To begin with, executive privilege only covers communications related to the “performance of [a president’s] responsibilities.” And a president’s responsibilities of office do not include “stop the steal” rallies, nor does a president have anything to do with conducting, certifying, or challenging elections. Executive privilege protection should not be granted to all, if any, of the requested documents. Even if documents are privileged, Congress may still have a pressing need for the information.

Another problem for Trump: Under the Presidential Records Act of 1978 (PRA), as modified in 2014, a former president can be “heard” on the issue of executive privilege, but the sitting president has the final authority over whether the privilege should be asserted.

The thrust of Trump’s argument was that the request was unconstitutional because it violated the separation of powers doctrine and is “too burdensome.” To support his burdensome argument, he quoted Mazars v. Trump, which stated that, as one criterion, “courts should assess the burdens imposed on the President by a subpoena, particularly because they stem from a rival political branch that has an ongoing relationship with the President and incentives to use subpoenas for institutional advantage.” But Trump is no longer president, so he no longer represents a “rival branch of government,” and thus the Mazars criterion should not apply. Even if Trump proves that he has a strong case, the work of his lawyers and his witnesses at Thursday’s hearing will only just begin. He then proceeds to the second element. This requires that there be “clear” evidence that Trump is likely to suffer irreparable injury if the preliminary order is denied.

Courts have held that the injury Trump suffers must be “both certain and great” and “of such imminence that there is a clear and present need for equitable relief to prevent irreparable harm.” The only “harm” Trump has claimed so far is that advisors could be less likely to talk candidly to a president if they think their communications will be released to Congress. Advisors shouldn’t be discussing with a president how to reverse an election. )

Basically this means that to prevail, Trump must show that hardship or damage to him is so great that it outweighs the congressional need for the documents.

If Trump somehow manage to show that he’s likely to win his case on the merits and that he would suffer irreparable personal harm if the documents are released to Congress, he must then show that the “balance of equities” favors an inunction. Balancing the equity means that each party’s burden or hardship is balanced against each other’s benefits. This basically means that Trump must prove that Trump’s hardship or damage is greater than the congressional need for the documents to win.

And if Trump does get this far, which is unlikely, the fourth and last element is the most difficult: He must show “clear” evidence of a preliminary injunction being in the public’s interest. He did not provide any evidence in support of this element in his complaint nor his reply brief.

If that isn’t bizarre enough, with the two branches in agreement, Trump has argued that releasing the documents violates the constitutional separation of powers doctrine. In fact, as the House committee’s brief pointed out, it is Trump’s request that violates the separation of powers by asking a court (the judicial branch) to prevent the legislative and executive branch from doing the work they have deemed in the nation’s best interest. What makes this argument particularly preposterous is that Trump is asking a court to empower a former president to both override the judgment of the current president, thus creating a sort of shadow president, and to throw a wrench into the workings of Congress.

To make matters worse for Trump, more than 60 former members of Congress, including both Democrats and prominent Republicans, filed their own amicus brief against him. Trump is now the only one against the executive and legislative branches in his attempt to derail the House committee’s work.

Trump’s prospects Thursday don’t look good. (Even if he can appeal. Trump loses in court when facts matter. He and his supporters filed 62 lawsuits, losing all but one minor case that didn’t change any results. Although courts can sometimes be unpredictable and surprise us, it is unlikely that Trump and his legal team will end their losing streak with this case.

Teri Kanefield, a graduate of the University of California Berkeley School of Law, is the author of numerous articles, essays and books, including the 2015 Jane Addams Book Award winner “The Girl from the Tar Paper School.” For 12 years she maintained an appellate law practice in California.