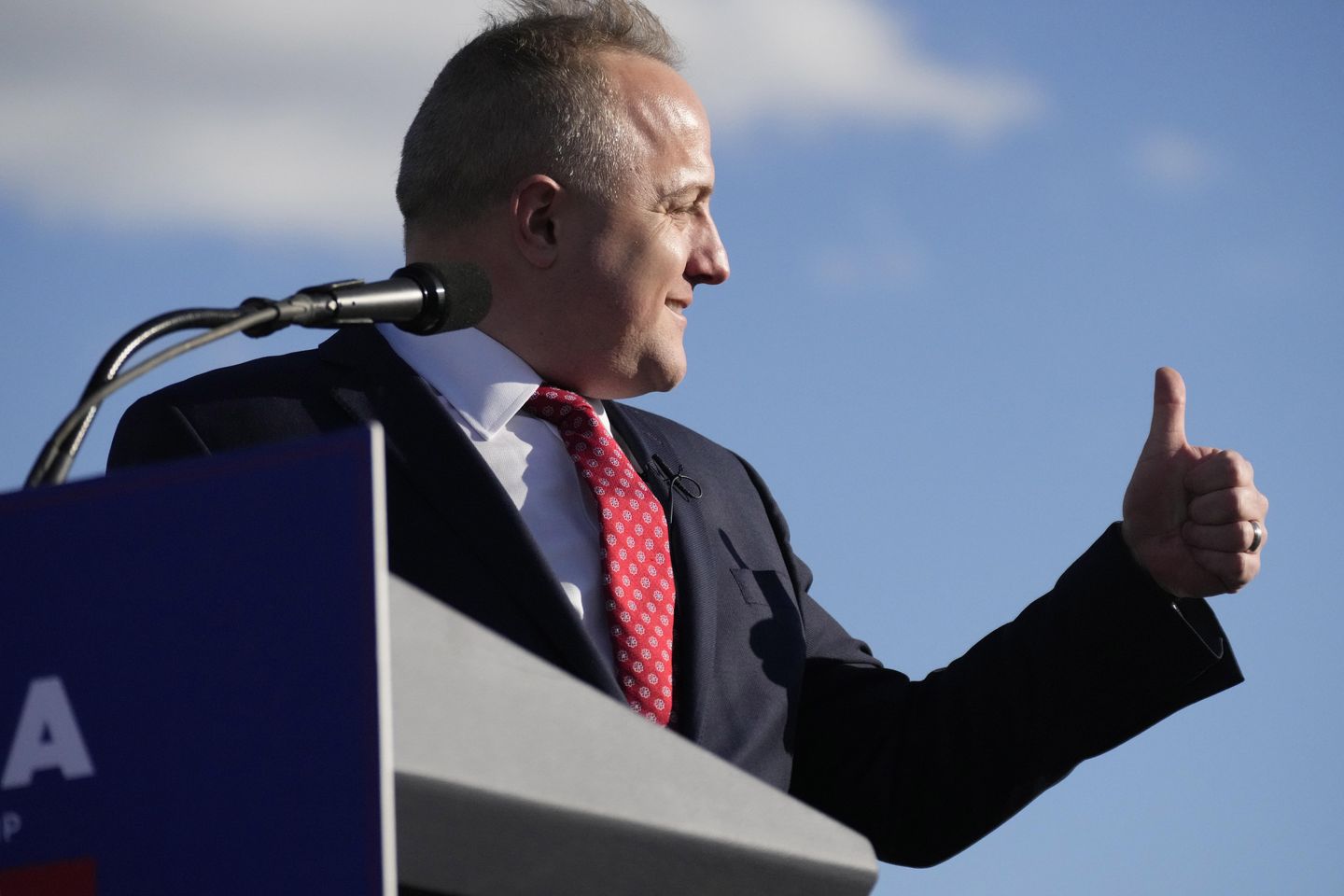 The conservative record that Mr. Rice, a Republican, compiled over his five terms in Congress was not enough to beat his Trump-backed challenger, state Rep. Russell Fry, who won the seven-candidate primary race.

To avoid a June 28 primary runoff and win the nomination outright, candidates needed to capture at least 50% of the vote.

Mr. Fry cleared that hurdle, carrying every county in the district on his way to outperforming Mr. Rice by a 51% to 24.6% margin.

The contests played out days after the House’s Jan. 6 select committee held a pair of high-profile public hearings blaming Mr. Trump for the post-election mayhem that climaxed in the U.S. Capitol riot and laying out how members of his inner circle knew his stolen election claims were bogus.

Voters, though, didn’t cut Mr. Rice any slack, and his loss does not bode well for the four other pro-impeachment House Republicans running against Trump-backed candidates in August primaries.

The group includes Rep. Liz Cheney of Wyoming, who is serving as co-chair of the Jan. 6 committee.

Voters on Tuesday also went to the polls in Maine, Nevada, North Dakota and Texas, where Republican Mayra Flores flipped a Democratic seat in the special election race in the 34th Congressional District.

The seat opened up in March after Rep. Filemon Vela, Texas Democrat, resigned from Congress to join a lobbying firm.

Ms. Flores won over 50% of the vote, avoiding a runoff race against Democrat Dan Sanchez in a district that is 84% Hispanic and President Biden won by 4 points in 2020.

Ms. Flores will serve out the remainder of Mr. Vela’s truncated term, which ends in January, and turn her attention to winning a full term in a newly drawn, more Democratic-friendly district in the November election.

She will square off against Democratic Rep. Vincente Gonzalez, whose home is located in the newly drawn district.

In South Carolina, Mr. Rice and Ms. Mace handled the wrath of Trump in different ways.

For his part, Mr. Rice was unapologetic about his vote for impeachment. He called it a badge of honor, said he defended the Constitution and said the party must put Mr. Trump in the rearview mirror.

Mr. Rice hoped voters would reward him for defending the Constitution and saying it is time to move past Mr. Trump.

Ms. Mace criticized Mr. Trump in the aftermath of the attack on the Capitol and voted to certify Mr. Biden’s victory.

But she toned down her criticism of the former president, going as far as to film a video outside Trump Tower in New York touting her support for Mr. Trump’s presidential campaigns, praising his conservative policy accomplishments and playing up her electability.

Ms. Mace also had the support of Nikki Haley, a popular former South Carolina governor who served as U.S. ambassador to the United Nations in the Trump administration.

Mr. Trump also had bragging rights on the line in Nevada after throwing his support behind former state attorney general Adam Laxalt in the eight-person Republican primary for the state’s U.S. Senate seat.

Mr. Laxalt heads to the November election to take on Sen. Catherine Cortez Masto, who is considered one of the most vulnerable Senate Democrats.