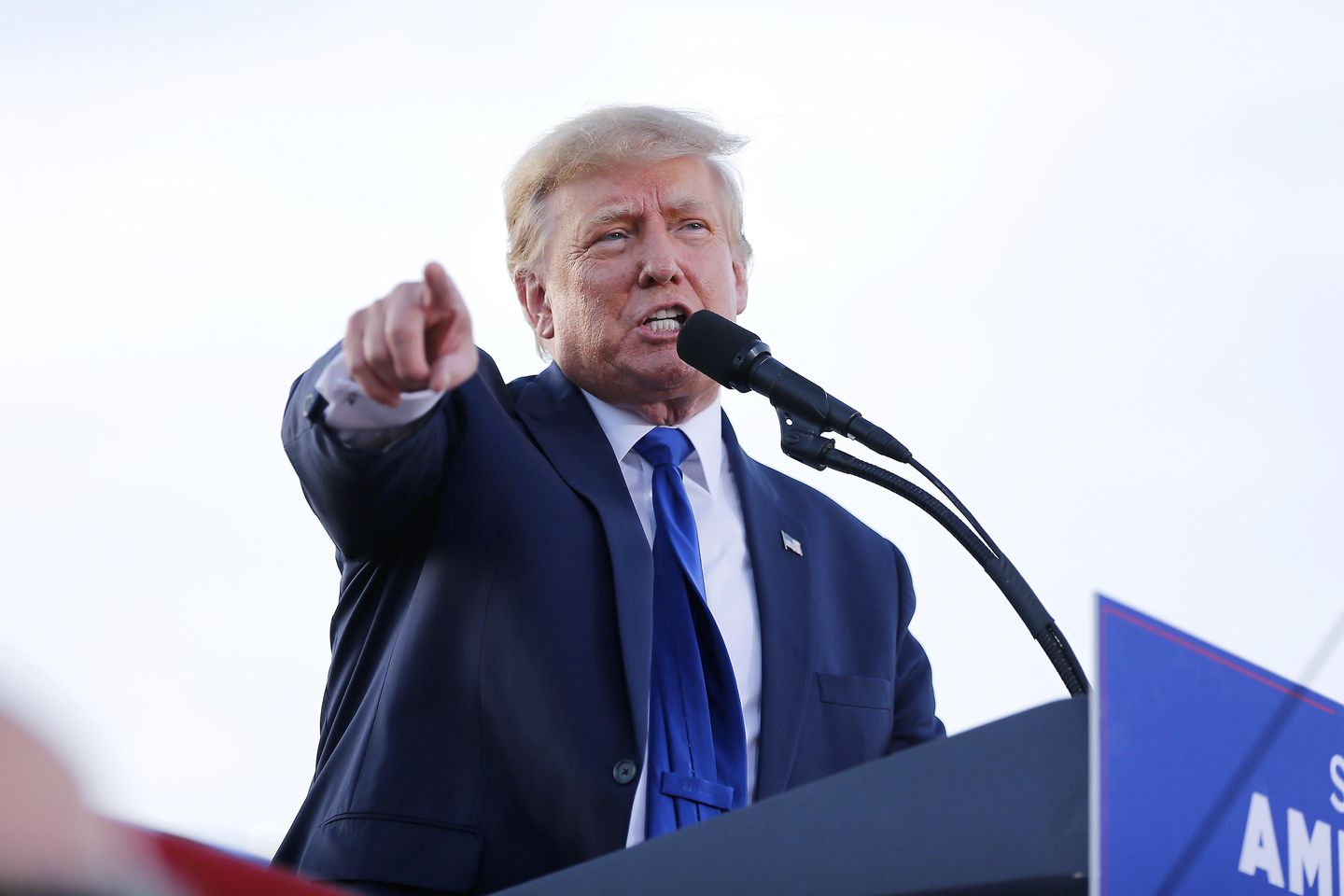 NEW YORK (AP) — Donald Trump’s lawyers, seeking to reverse their client’s $10,000-per-day contempt fine, provided a New York judge Friday with an affidavit in which the former president claims he didn’t turn over subpoenaed documents to the state attorney general’s office because he doesn’t have them. The judge, though, was unmoved and refused to…

NEW YORK (AP) — Donald Trump’s lawyers, seeking to reverse their client’s $10,000-per-day contempt fine, provided a New York judge Friday with an affidavit in which the former president claims he didn’t turn over subpoenaed documents to the state attorney general’s office because he doesn’t have them.

The judge, though, was unmoved and refused to lift sanctions he imposed on Trump on Monday. Judge Arthur Engoron criticized the lack of detail in Trump affidavit, which amounted to two paragraphs, saying that he should have explained the methods he uses to stores his records and efforts he made to locate the subpoenaed files.

In the affidavit, which bore Trump’s signature and Wednesday’s date, the former president said that documents sought in Attorney General Letitia James’ civil investigation into his business dealings weren’t in his personal possession. Trump, who is appealing the contempt ruling, said he believed any documents would be in the possession of his company, the Trump Organization.

In other affidavits, Trump lawyers Alina Habba and Michael Madaio detailed steps they took to locate documents in the Dec. 1 subpoena, including meeting with Trump last month at Mar-a-Lago in Florida and reviewing prior searches of his company’s files.

Andrew Amer, a lawyer for the attorney general’s office, said in a court filing that while the affidavits “provide some additional information” about Trump’s efforts to comply with the subpoena, more extensive searches were needed – including of Trump Tower, his residences and electronic devices – before the judge should consider reversing the contempt finding.

Habba filed a notice of appeal Wednesday with the appellate division of the state’s trial court seeking to overturn Engoron’s contempt ruling. Trump is also challenging Engoron’s Feb. 17 ruling requiring that he answer questions under oath. Oral arguments in that appeal are scheduled for May 11.

James, a Democrat, has said that her investigation has uncovered evidence that Trump may have misstated the value of assets like skyscrapers and golf courses on his financial statements for more than a decade. Her Dec. 1 subpoena sought numerous documents, including paperwork and communications pertaining to his financial statements and various development projects.

James asked Engoron to hold Trump in contempt after he failed to produce any documents by a March 31 court deadline. In his ruling, Engoron said that Trump and his lawyers not only failed to meet the deadline, but also failed to document the steps they had taken to search for the documents, as required under case law.

Trump, a Republican, is suing James in federal court in an effort to stop her investigation. Oral arguments in that matter are scheduled for May 13.

Trump recently labeled her an “operative for the Democrat Party” and has said in written statements that her investigation and a parallel criminal probe overseen by Manhattan District Attorney Alvin Bragg, another Democrat, are “a continuation of the greatest Witch Hunt of all time.”

Bragg said this month that the 3-year-old criminal investigation he inherited in January from his predecessor, Cyrus Vance Jr., is continuing “without fear or favor” despite a recent shakeup in the probe’s leadership. Trump’s lawyers contend that James is using her civil investigation to gain access to information that could then be used against him in the criminal probe.

So far, the district attorney’s investigation has resulted only in tax fraud charges against the Trump Organization and its longtime finance chief, Allen Weisselberg, relating to lucrative fringe benefits such as rent, car payments and school tuition. The company and Weisselberg have pleaded not guilty.