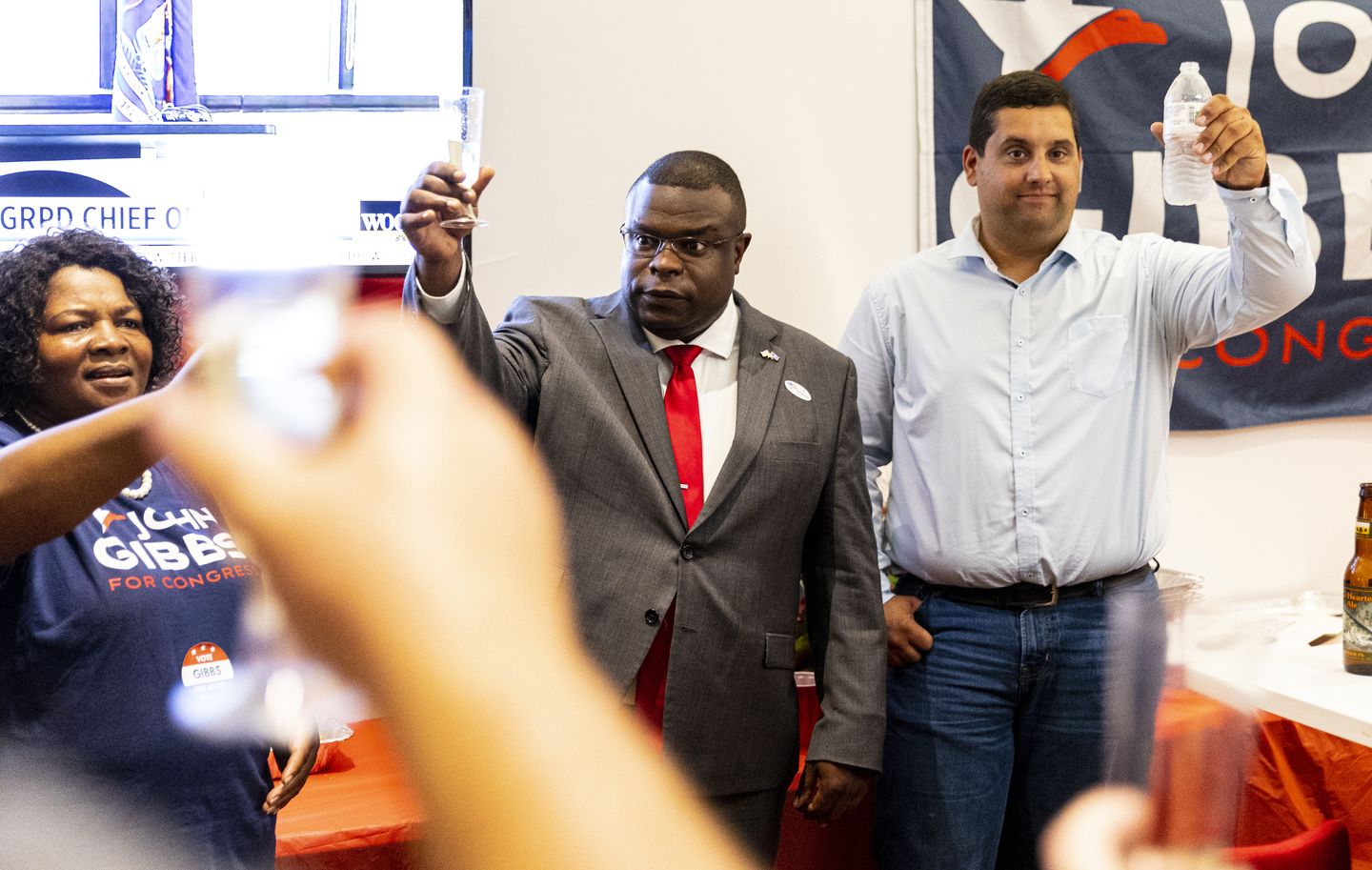 Former President Donald Trump’s endorsements dominated the primary races in Arizona, underscoring his lingering influence over the Republican Party and the resonance of his stolen-election claims nearly two years after he narrowly lost the state. Trump-endorsed candidates won the GOP nominations in Arizona for U.S. Senate, secretary of state and legislative seats, and were leading…

Former President Donald Trump’s endorsements dominated the primary races in Arizona, underscoring his lingering influence over the Republican Party and the resonance of his stolen-election claims nearly two years after he narrowly lost the state.

Trump-endorsed candidates won the GOP nominations in Arizona for U.S. Senate, secretary of state and legislative seats, and were leading on Wednesday in the races for governor and attorney general.

Mr. Trump also notched another victory against another pro-impeachment Republican.

Democrats also ran ads seeking to lift up Mr. Gibbs, betting that their candidate Hillary Scholten would have had a tougher time defeating Mr. Meijer in November.

Political handicappers now rank the Democrat as the favorite to win the seat.

Mr. Trump’s quest for revenge appeared to fall short in Washington state. Republican Reps. Dan Newhouse and Jaime Herrera Beutler — who voted with Mr. Meijer in favor of impeaching Mr. Trump for inciting the Jan. 6 riot — were well-positioned to advance to the November election, while Trump-endorsed candidates stumbled.

The results came out of a jam-packed series of primary races this week that helped set the lineups for the fall races, where Democrats are looking to defend their majorities in the House and Senate.

Republicans want to keep the focus on President Biden’s struggles and voters’ concerns over inflation and high gas prices.

The consensus is that Republicans dodged a bullet in the Missouri Senate primary after state Attorney General Eric Schmitt defeated Rep. Vicky Hartzler and former Gov. Eric Greitens, who resigned in 2018 amid sexual misconduct allegations.

Mr. Greitens was the wildcard in the race, and Republicans believe Mr. Schmitt is a safer bet to keep the seat of retiring Republican Sen. Roy Blunt.

Mr. Trump played two sides in that race, endorsing “ERIC” on the eve of the election without specifying which Eric he was supporting.

Mr. Trump emerged with more clear-cut bragging rights out of Arizona after Blake Masters emerged victorious in the GOP primary for the Senate. He advanced to take on Democratic Sen. Mark Kelly in what is expected to be one of the biggest and most expensive races of the 2022 midterm elections.

Mr. Masters, a tech investor, got a significant financial boost from billionaire Peter Thiel and a jolt of momentum from Mr. Trump’s endorsement in the closing weeks of the campaign.

That support helped him to power past solar energy executive Jim Lamon, who spent millions of his personal fortune on his bid, and state Attorney General Mark Brnovich, who came under intense criticism from Mr. Trump for refusing to further his claims of rampant voter fraud.

Things were still up in the air in the GOP gubernatorial race, in which Trump-backed Kari Lake seized the lead away from Karrin Taylor Robson after votes were tallied overnight.

Ms. Robson, a lawyer and land use consultant, has the support of former Vice President Mike Pence and outgoing Gov. Doug Ducey, who also served as co-chair of the Republican Governors Association.

Ms. Lake, a former television news anchor, embraced the rigged election claims and, in Trump-like fashion, warned before the election that her rivals were trying to steal the nomination from her.

The winner of that race, which was too close to call, will face off against  Arizona Secretary of State Katie Hobbs. Ms. Hobbs handily won the Democratic nomination after vehemently defending the results of the 2020 election and pushing back against related conspiracy theories.

State Rep. Mark Finchem, meanwhile, was declared the winner in the GOP race for secretary of state. Mr. Finchem spent more than a year claiming the 2020 election was rife with voter fraud, and received Mr. Trump’s endorsement early in the race.

Abe Hamadeh, another Trump-backed candidate, was leading his race for attorney general.

Mr. Bowers received glowing reviews after he testified before the House Jan. 6 committee about the pressure campaign that Mr. Trump and his allies applied in an attempt to flip the outcome of the Arizona election.

Mr. Trump also celebrated Tudor Dixon’s win in the Michigan gubernatorial race after endorsing her in the final days of the campaign. Ms. Dixon moves on to take on Democratic Gov. Gretchen Whitmer.

On Wednesday, Sen. Rick Scott, chair of the National Republican Senatorial Committee, the campaign arm for Senate Republicans, congratulated Mr. Masters on his win, saying he presents a clear contrast with Mr. Kelly.

“Blake Masters will take on Joe Biden and D.C. Democrats,” he said. “He’ll fight to secure the border and lower prices.”

The Kelly campaign welcomed Mr. Masters to the race by casting him as an extremist.

“Blake Masters has dangerous beliefs that are wildly out of step with Arizona and harmful to Arizona families,” said Kelly campaign manager Emma Brown. “Meanwhile, Kelly’s work has earned him broad support across the state from Republicans, independents and Democrats alike.”

“Arizonans trust Kelly to always put our state first, which is why they are joining this people-powered campaign that is rocketing full speed ahead to November,” Ms. Brown said.