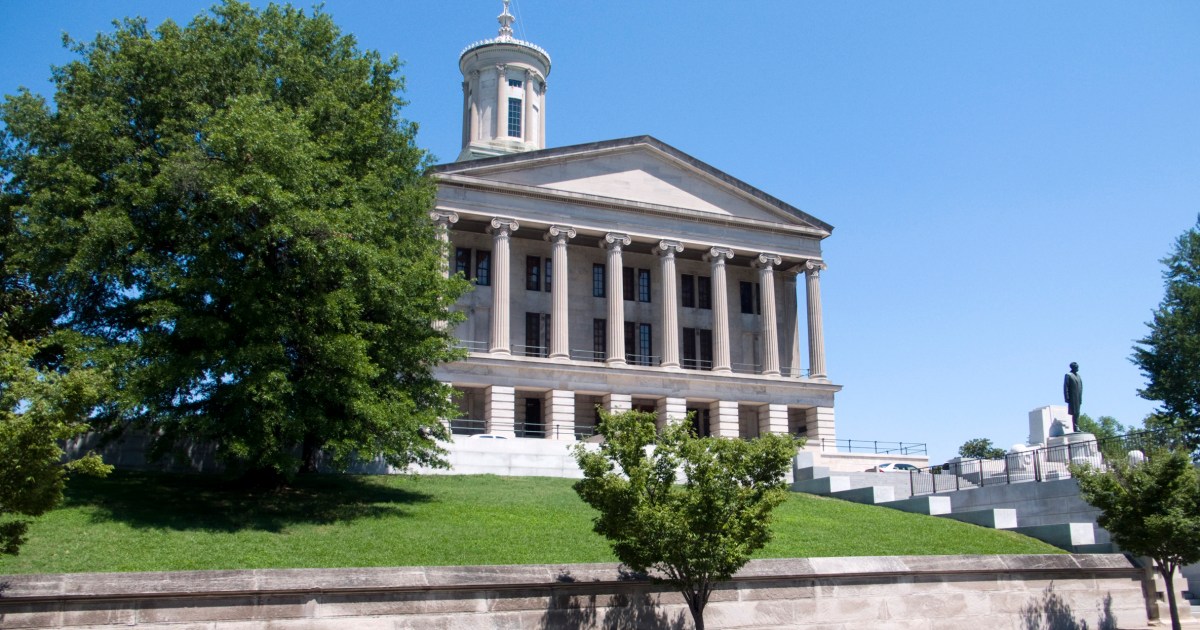 A bill that would permit teachers to misgender their transgender students is advancing through Tennessee's state legislature.The measure, SB 2777, would allow the state's public school staff to refuse to "use a student's preferred pronoun when referring to the student if the preferred pronoun is not consistent with the student's biological sex" and protect educators…

A bill that would permit teachers to misgender their transgender students is advancing through Tennessee’s state legislature.

The measure, SB 2777, would allow the state’s public school staff to refuse to “use a student’s preferred pronoun when referring to the student if the preferred pronoun is not consistent with the student’s biological sex” and protect educators from “civil liability and adverse employment action” for doing so.

Tennessee’s House of Representatives passed the measure on Monday by a 67-to-25 vote, and the bill advanced in a state Senate committee on Tuesday. Advocates say that this type of legislation has previously been proposed in West Virginia and Rhode Island, but has never passed through a state’s legislative chamber.

The bill’s authors have argued that the legislation is necessary to protect teachers and other school staff from “coerced speech.”

“Obviously, teachers in schools can and should be required to act with professionalism and treat all of their students with dignity and respect. Nothing in this bill changes that obligation,” Mark Cochran, one of the bill’s co-sponsors, said during a House committee hearing last month. “Teachers and public school employees, however, cannot be forced to contradict their core beliefs or to say things they don’t believe.”

To bolster his argument, Cochran cited a federal lawsuit concerning an Ohio professor who refused to she/her pronouns for a transgender woman in his class.

Nicolas Meriwether, a philosophy professor and evangelical Christian, sued his employer, Shawnee State University, in 2018 after it rebuked him for the pronoun refusal. Last year, the 6th U.S. Circuit Court of Appeals ruled in Meriwether’s favor. He reached a $400,000 settlement with the university earlier this month.

The Tennessee General Assembly’s Fiscal Review Committee has warned that the bill could be in “violation of federal law” and “jeopardize federal funding.” In a fiscal note published shortly after the new bill was introduced in February, the committee cited a 2021 decision by the U.S. Department of Education to interpret Title IX — a federal law that protects students from sex-based discrimination in federally funded schools — to protect LGBTQ students from discrimination.

LGBTQ advocates have denounced the proposed legislation, warning it could exacerbate mental health issues for transgender youths, who disproportionately suffer from depression and suicide attempts.

A survey last year by The Trevor Project, an LGBTQ youth suicide prevention and crisis intervention organization, found that 42 percent of the nearly 35,000 LGBTQ youths who were surveyed — including more than half of trans and nonbinary respondents — seriously considered suicide within the previous year.

“This is a complete threat to life and safety when we perpetuate this kind of harmful behavior,” said Henry Seaton, a transgender justice advocate for the American Civil Liberties Union of Tennessee, referring to the new bill. “A teacher’s job is to create a safe learning environment for children. When that teacher perpetuates a harmful behavior on a trans student, that trickles down to peer behavior as well.”

Seaton, who is himself transgender, added that when he was in high school, he experienced verbal harassment after his teacher refused to refer to him by his pronouns.

“I had teachers purposefully misgender me, and I had peers of mine who were bullying me literally cite that teachers were doing the same thing,” Seaton, 24, said.

The legislation’s advancement comes amid a nationwide culture war over LGBTQ, and particularly transgender, issues.

From Jan. 1 to March 15, state legislators proposed a record 238 bills that would limit the rights of LGBTQ people — or more than three a day — about half of them targeting transgender people specifically, according to an NBC News analysis of data from the American Civil Liberties Union and the LGBTQ advocacy group Freedom for All Americans.

This year’s historic tally follows what some advocates had labeled the “worst year in recent history for LGBTQ state legislative attacks,” when 191 bills were proposed last year.

Anti-LGBTQ legislation garnered national attention and debate last month, when Florida Gov. Ron DeSantis signed a bill into law that prohibits “classroom instruction … on sexual orientation or gender identity” in “kindergarten through grade 3 or in a manner that is not age-appropriate or developmentally appropriate.”

Lawmakers in Texas also made national headlines in February after Gov. Greg Abbott directed the state’s Child Protective Services agency to investigate parents who were suspected of providing their trans children with gender-affirming care. A state judge temporarily blocked the directive last month.

While Florida and Texas have gathered much of the nation’s attention, Tennessee has recently emerged as a leader for anti-LGBTQ legislation.

Last year, no other state enacted more anti-trans legislation than Tennessee: Gov. Bill Lee signed five bills that limit the rights of transgender people into law, including a ban on trans girls and women from competing on public school K-12 female sports teams and a measure that would prevent local government entities from passing nondiscrimination protections on the basis of sexual orientation and gender identity. The state also also became one of three in the country, in addition to Arkansas and Alabama, to enact restrictions on gender-affirming medical care for minors last year.

The pronoun bill is expected to pass the Tennessee Senate in upcoming weeks, and it would then move to the governor’s desk. Lee is expected to sign the measure into law.

“If Tennessee were to pass this bill, it sets a very dangerous precedent for other states to do the same, because we are a leader in anti-trans legislation,” Seaton said. “We not only propose the most, but we often propose very original ideas.”