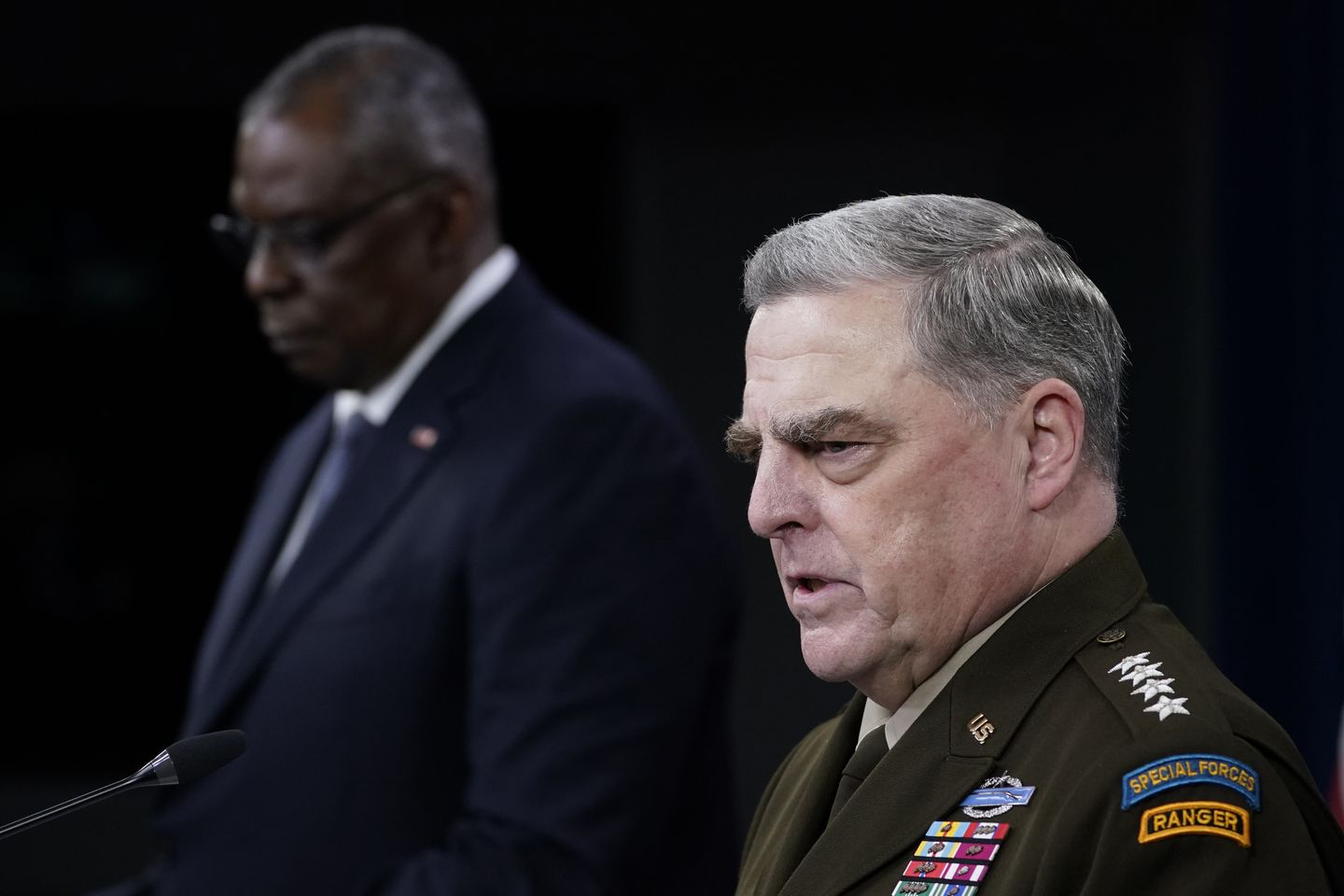 Senior leaders from the Department of Defense will testify before the Senate Armed Services Committee on the withdrawal from Afghanistan, the committee announced Thursday. The committee chairman, Sen. Jack Reed, said he had concerns and questions regarding the rapid pullout and its aftermath. “Although we have completed the withdrawal of American military personnel and over…

Senior leaders from the Department of Defense will testify before the Senate Armed Services Committee on the withdrawal from Afghanistan, the committee announced Thursday.

The chairman of the committee, Sen. Jack Reed , stated that he was concerned and had questions about the rapid pullout.

“Although we have completed the withdrawal of American military personnel and over 100,000 civilians from Afghanistan, I remain deeply concerned about the events that accompanied our withdrawal and the ongoing humanitarian crisis,” Mr. Reed, Rhode Island Democrat, said in a statement. “It is the duty of Congress — and the Senate Armed Services Committee in particular — to hold hearings to learn lessons from the situation in Afghanistan and ensure accountability at the highest levels.”

The testimony will take place during a series open and closed briefings, and hearings that will begin next week.

The committee will hold a closed briefing Sept. 15 by Commander of U.S. and NATO forces in Afghanistan Gen. Austin “Scott” Miller on “recent developments in Afghanistan.”

The committee will hold open and closed hearings regarding the withdrawal on Sept. 28, with testimony by Secretary of Defense Lloyd Austin and U.S. Central Command Commander General Kenneth F. McKenzie Jr .

The committee will also hold a “Review of U.S. Military Operations in Afghanistan” on Sept. 30 featuring testimony from yet-to-be-determined external experts.

The testimony schedule was published a day after Republicans sent Mr. Reed an email urging him for top Pentagon brass to testify.

“I’m grateful to Chairman Reed for prioritizing these critical oversight hearings on Afghanistan — the first of what I will expect to be many hearings and briefings to review and determine what happened, who should be held accountable, and how we move forward,” said Sen. James M. Inhofe of Oklahoma, the committee’s ranking Republican. “The American people, our service members past and present, our allies and partners around the world, and the Afghans who bravely helped us deserve this transparency and accountability.”

The hearings by the committee add to Congress’ increasing oversight of the chaotic end to the war that lasted two decades, leaving close to 100 Americans stranded in Taliban-controlled Afghanistan.

House members and Senate members from both sides of this aisle are asking the administration to provide information about key decisions that were made prior to and during the withdrawal. This left the U.S. military stranded in Afghanistan while the Taliban took over the country.

While the Pentagon has been spared a lot of the vitriol by GOP lawmakers, some have called on the top brass to resign.

Sen. MarshaBlackburn was one of the cosigners to Wednesday’s letter and asked Mr. Austin, Gen. Milley, to resign after the pullout collapsed.

“Defense Minister Lloyd Austin knew Americans were in danger and failed to return them. He should resign,” Tennessee Republican Mrs. Blackburn said on Twitter, just days before U.S. troops pulled out in late August.

Mr. Reed stated that his emphasis will be on the lessons to be learned and not political finger-pointing.

” There are no easy answers as to how we got there,” Mr. Reed stated in a mid August statement after Kabul was overthrown by the Taliban. “I would argue that several factors over the last twenty years of war in Afghanistan have shaped this outcome and must be considered as we move forward and engage in future conflicts.”

“This problem is not a Democratic issue or a Republican one,” he stated. These failures have been manifesting themselves over four presidential administrations of each political party .”