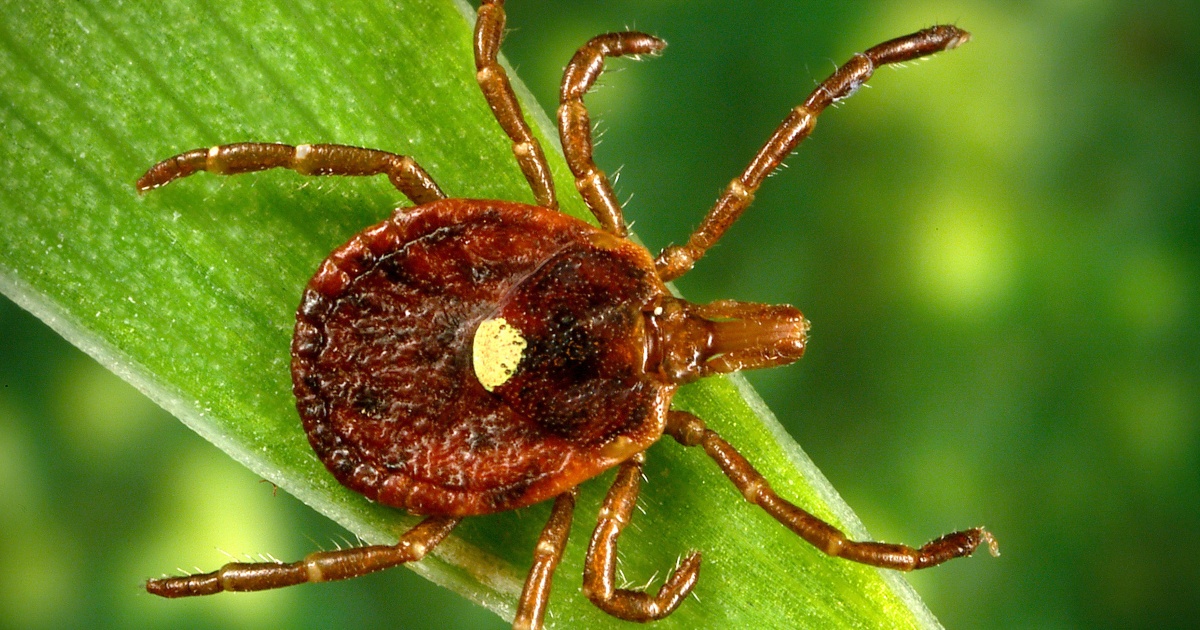 Ticks carrying a mysterious and rare virus that can sicken or even kill older adults or people with underlying conditions have been found in at least six states, a new study reported Wednesday.Test samples revealed that lone star ticks in Georgia had picked up the Heartland virus, Emory University researchers reported in Emerging Infectious Diseases,…

Ticks carrying a mysterious and rare virus that can sicken or even kill older adults or people with underlying conditions have been found in at least six states, a new study reported Wednesday.

“We want to bring awareness rather than panic,” said Gonzalo M. Vazquez-Prokopec, a co-author of the study and an associate professor of environmental sciences at Emory. “People tend to go out more in the spring and they might get exposed to ticks, which are increasing rapidly, particularly in the South, this time of year.”

Not much is yet known about the Heartland virus, which when transmitted to a person by a tick bite can cause fever, fatigue, decreased appetite, headache, nausea, diarrhea, and muscle or joint pain. It’s unclear if other ticks can also spread the virus or if people can be infected in other ways, the CDC said.

As of January 2021, just 50 cases of the disease caused by the virus have been reported, according to the CDC. In severe cases, patients have ended up in the hospital and while most have fully recovered with supportive care, a few older individuals with medical conditions have died, the CDC reported.

Some people infected with the virus have been diagnosed with lower than normal white blood cell counts and lower than normal counts of platelets, which aid in blood clotting. Liver function tests can show increased levels of liver enzymes, which can indicate illness.

The Heartland virus was discovered in 2009 in northwest Missouri after two men were hospitalized with symptoms including high fevers, diarrhea and muscle pains. The virus has been reported in lone star ticks from Missouri, Alabama, Illinois, Kansas, and New York, although it’s unknown if the virus has spread to other areas of the U.S., according to the CDC.

Lone star ticks have also been found to carry bacteria that cause the diseases ehrlichiosis and tularemia. And the bite from a lone star tick has been linked to the development of meat allergies in some people.

From 2018 to 2019, Vazquez-Prokopec and his colleagues collected 2,960 ticks in the Georgia county where a person was diagnosed with Heartland virus, as well as from surrounding counties. Ticks from two locations tested positive for the virus.

While there have only been a small number of Heartland virus cases reported, a CDC blood bank study in 2019 found that 1 percent of the donor samples contained antibodies to the virus, Vazquez-Prokopec said.

“This indicates that the actual burden and impact may be much greater than the reported cases,” he said.

However, the blood bank data suggests that many people don’t become severely ill from the virus, said Douglas Norris, a professor of molecular microbiology and immunology at the Johns Hopkins Bloomberg School of Public Health.

“It’s most certainly underreported,” Norris said, adding that the CDC doesn’t require that cases be reported to them.

Ticks are now the main source of pathogens in the continental U.S., Vazquez-Prokopec said. According to the CDC, there were 50,865 cases of tick-borne disease in 2019. Lyme disease is the most common tick-borne illness in the U.S.

The lone star isn’t the only tick to carry multiple diseases. A bite from the black-legged tick — most known for spreading Lyme disease — can also transmit a malaria-like illness called babesiosis, the Powassan virus, anaplasmosis bacteria and other diseases.

“In 2021 a tick that was attached to a resident of Suffolk County in Long Island was found to have this virus,” said Tokarz, an assistant professor of epidemiology in the Center for Infection and Immunity at Columbia University’s Mailman School of Public Health. “Before the 1970s you wouldn’t find them on Long Island. By the 1990s they had become very, very common.”

It’s very likely that climate change has had an impact, Tokarz said.

Tick-borne viruses can be transmitted very quickly compared to the bacterium that causes Lyme disease, which can take 36 to 48 hours or more to infect people.

“Most of the research has been done on another virus, the Powassan virus, and there has been some limited work on the Heartland virus,” said Laura Harrington, a professor of entomology at Cornell University and director of the Northeast Regional Center for Excellence in Vector Borne Diseases. “Powassan can be transmitted in 15 minutes. So it’s thought that there is probably a similar trend for other viruses.”

That means not waiting until the end of the day to check for ticks, Harrington said. Regular tick checks may be the best way to protect yourself.