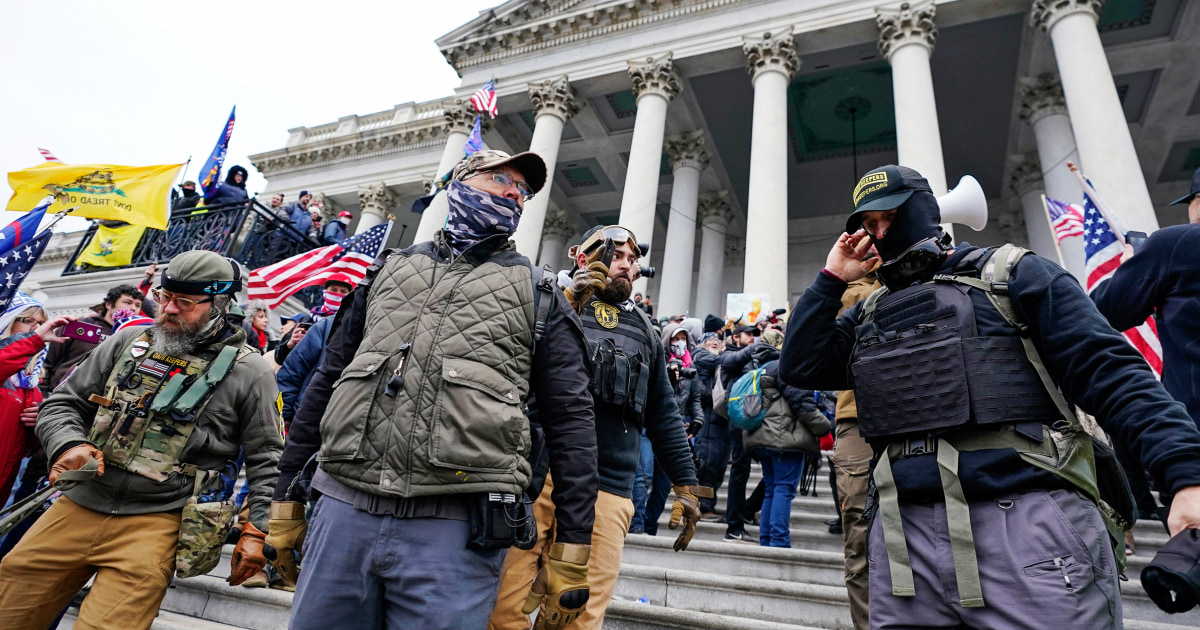 WASHINGTON — A North Carolina member of the Oath Keepers pleaded guilty on Wednesday to seditious conspiracy and obstruction of an official proceeding in connection with the Jan. 6, 2021, attack on the U.S. Capitol.William Todd Wilson, a 44-year-old former leader of the Sampson County chapter of the far-right militia group, is the third Oath Keeper…

WASHINGTON — A North Carolina member of the Oath Keepers pleaded guilty on Wednesday to seditious conspiracy and obstruction of an official proceeding in connection with the Jan. 6, 2021, attack on the U.S. Capitol.

William Todd Wilson, a 44-year-old former leader of the Sampson County chapter of the far-right militia group, is the third Oath Keeper to admit to seditious conspiracy. Joshua James and Brian Ulrich pleaded guilty to the charge earlier this year and agreed to cooperate with the government.

Wilson has also agreed to cooperate in the ongoing investigation as part of a plea deal, the Justice Department said.

He conspired with Oath Keepers founder Elmer Stewart Rhodes to “oppose by force the lawful transfer of presidential power,” according to a court filing.

He also joined others in amassing firearms “on the outskirts of Washington D.C. — some distributed across hotels and ‘quick reaction force’ (‘QRF‘) teams — and planned to use them in support of their plot to halt the lawful transfer of power,” the filing said.

Wilson and his fellow conspirators used Signal, an encrypted messaging app, to engage in numerous communications in the weeks leading up to the riot. In one post on Dec. 14, 2020, Wilson wrote, “It is time to fight!”

He drove to D.C. a day before the riot with an AR-15-style rifle, a pistol, ammunition, body armor, a camouflaged combat uniform, pepper spray, a large walking stick intended for use as a weapon, and a pocketknife, all of which he stored in a hotel room and was prepared to retrieve if called upon to do so, according to plea documents.

He admitted to bypassing barricades and police officers on Jan. 6, before entering the Capitol building through the upper West Terrace doors.

Wilson, who federal prosecutors said was both a military and law enforcement veteran, had not been charged until this week, which suggests he has already begun cooperating with authorities.

He faces up to 20 years in prison for seditious conspiracy and up to 20 years for obstruction of an official proceeding, as well as potential financial penalties.

Rhodes, who testified before the House committee investigating the riot via Zoom after he was taken into custody, has been detained since his arrest in Jan. 2022. His lawyer argued during a hearing that there was “no conspiracy to overthrow the government” even though there was a lot of “bombastic language involved.”

But D.C. District Judge Amit P. Mehta called the evidence against Rhodes “compelling” and ordered him held pretrial, finding there were no conditions of release that could protect public safety.

Nearly 800 people have been arrested in connection with the U.S. Capitol breach, and over 250 have pleaded guilty. More than 2,500 people are believed to have entered the Capitol on Jan. 6, while hundreds more committed crimes outside. As NBC News previously reported, online sleuths have successfully identified hundreds of additional Jan. 6 participants who have not yet been charged.

Just this week, a former New York City Police officer who assaulted a D.C. police officer on the day of the riot was found guilty by a jury, a former QAnon supporter from Pennsylvania who helped assault law enforcement officers with a giant “Trump” sign pleaded guilty, and a former Marine who kicked an officer was sentenced to more than two years in federal prison.

Ryan J. Reilly is a justice reporter for NBC News.