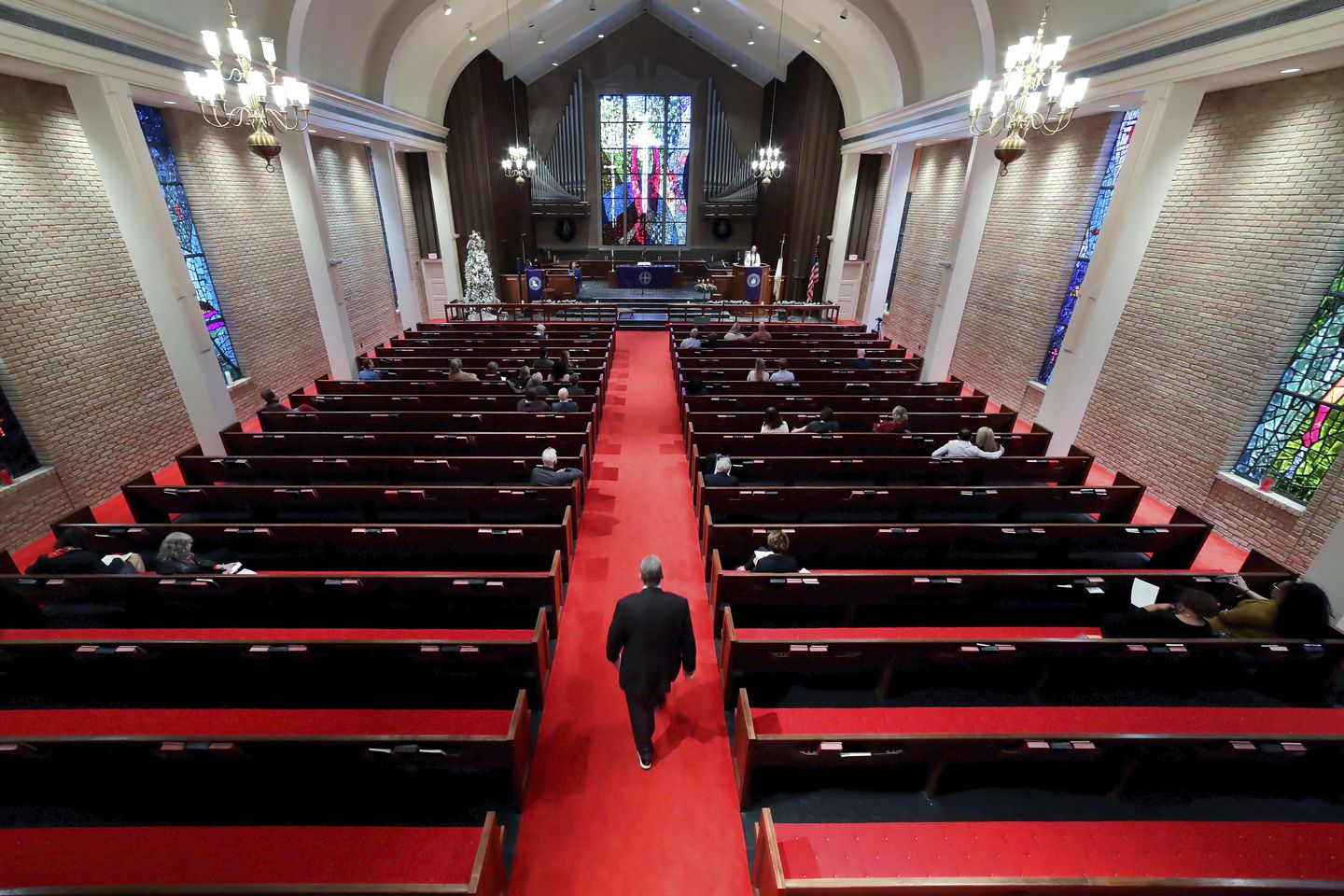 The United Methodist Church is set to become less united in the coming months, as dozens of congregations are expected to defect over the denomination’s stance on same-sex marriage, gay clergy and other LGBTQ issues. Bishop Cynthia Fierro Harvey, outgoing president of the Methodists’ council of bishops, said this week that the split between the…

The United Methodist Church is set to become less united in the coming months, as dozens of congregations are expected to defect over the denomination’s stance on same-sex marriage, gay clergy and other LGBTQ issues.

Bishop Cynthia Fierro Harvey, outgoing president of the Methodists’ council of bishops, said this week that the split between the established denomination and breakaway conservative congregations will be amicable.

“We are United Methodists. We must love one another through this,” she said.

The departing congregations and “conferences,” or dioceses, are most likely to join the Global Methodist Church, which begins official operations Sunday.

The GMC opposes lobbying within the UMC to move the denomination towards what the UM News service described in a November 2021 report as welcoming “LGBTQ people into all aspects of church life.”

The new group promises a home for “theologically conservative local churches and annual conferences [that] want to be free of divisive and destructive debates and to have the freedom to move forward together,” the Rev. Keith Boyette, the GMC’s transitional leadership council president, said in March.

This week, Bishop Harvey, the UMC leader, said the denomination will not view itself as diminished by the pending defections.

“We will not be the continuing or the post-separation UMC or the future United Methodist Church,” she said in a Zoom session. “We are the United Methodist Church right now and forever, a church confident in what God has done in Christ Jesus for all humankind, committed to personal and social salvation and transformation, a church that is courageous in dismantling the powers of racism, tribalism and colonialism.”

Ms. Harvey said the UMC is “a church that is big enough for the left and the right and the in-between,” although theological conservatives are increasingly turned off by the church’s progressive factions lobbying to change Methodist teachings on same-sex marriage and gay clergy.

Although the UMC has said, in the words of a 1972 formulation, that “the practice of homosexuality is incompatible with Christian teaching,” an online statement on this issue acknowledges some “strongly advocate for inclusion of LGBTQ Christians in all aspects of life in the church.”

This continuing agitation has upset those members, clergy and conferences who seek to hold to the traditional Christian teaching on marriage and sexuality. The UMC website acknowledges this “impasse over homosexuality has led to uncertainty about the Church’s future.”

Matters boiled over earlier this year when the 2022 business convention known as a General Conference, already postponed since 2020 due to the pandemic, was put off another two years until 2024.

Mark Tooley, president of the Institute on Religion and Democracy and a Methodist, said at the time the rescheduled meeting was announced, that the delays “are essentially an extraordinary filibuster of the entire General Conference even as United Methodists across the spectrum agree a negotiated denominational split is needed.”

In her address, Bishop Harvey lamented the pending schism.

“Sadly, I have watched YouTube videos, many from annual conference leaders that start with something like, ‘I’m here to help you understand the process for disaffiliated from the United Methodist Church,’” she said.  “The mere words make me so sad, in the very pit of my stomach.”

She added, “The bishops’ narrative, if read carefully, will clear up many of the myths or falsehoods that are swirling in our midst. We have said that we cannot be a traditional church or a progressive church or a centrist church. We cannot be a gay church or a straight church. Our churches must be more than echo chambers made in our own image, arguing with each other while neglecting our central purpose.”

Mr. Boyette, speaking with The Washington Times on Tuesday, denied his group had circulated any falsehoods about the UMC.