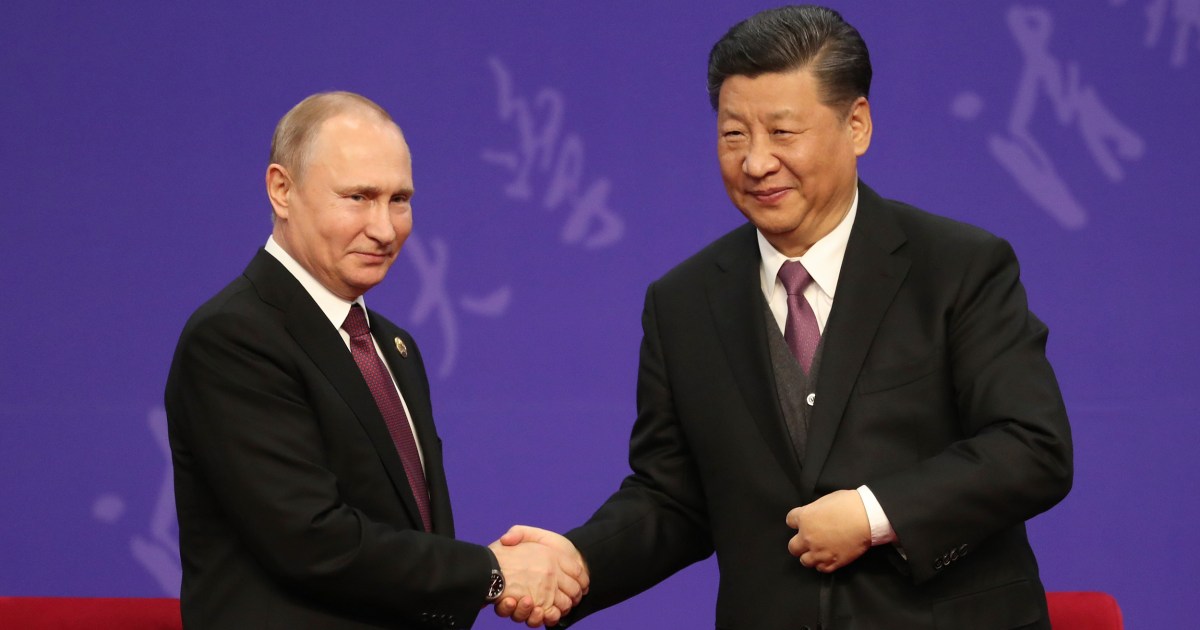 Over the last few weeks, China has watched as Russia, its close ally, becomes more isolated following the country's invasion of Ukraine. China denies the reports of U.S. officials that Russia asked it for military help, but the situation offers China a moment to weigh its own national interest and reconsider its relationship with Russia.…

Over the last few weeks, China has watched as Russia, its close ally, becomes more isolated following the country’s invasion of Ukraine. China denies the reports of U.S. officials that Russia asked it for military help, but the situation offers China a moment to weigh its own national interest and reconsider its relationship with Russia. It also gives the U.S. an opportunity to craft a firm but nuanced China policy that goes beyond bluster and escalating tensions to curb a close relationship between two authoritarian regimes that would be very dangerous for the U.S. and Europe.

The situation offers China a moment to weigh its own national interest and reconsider its relationship with Russia.

For China, there is an obvious benefit in not only securing the cooperation of a resource-rich ally but of doing that in a political environment that will allow China to negotiate favorable prices for oil and other raw materials from Russia. If it sees no cost associated with that strategy, then naturally China will pursue it. Therefore, a challenge for the U.S. is to impose some costs for China in a way that does not push China away too aggressively.

If Chinese leaders and policymakers are watching this war closely, they should see a few things that might trouble them about their potential new client. First, Russia’s military has been met with strong resistance from Ukraine. That is the kind of thing China should think about before casting its lot with Russia.

But there is another dynamic that China should see from the war that is much more significant. The sanctions from the U.S., Europe and Japan not only have rapidly debilitated Russia’s economy, but also have led to discontent among the Russian people and made Russia even more authoritarian. The Chinese regime is unlikely to be troubled by restricted freedoms, but the underlying discontent is something it desperately wants to avoid. While its economy is considerably stronger and less dependent on the West than Russia’s was, sanctions would have a strong and fast effect there that might also weaken the regime, as it has in Russia.

Accordingly, the U.S. should make it clear that if China casts its lot firmly with Russia, it could face a similar sanctions regime. This would be a drastic step, as the U.S. has much more trade with China than with Russia, but it is a threat that would certainly get China’s attention. It would also require the U.S. to put together a coalition against China like the one that was formed to sanction Russia, but at this moment, while sentiment in Europe against Russia is so high, that would be doable.

Some threats may be necessary, but there are other ways to incentivize China against being too supportive of Russia in the conflict. One way to do this would be to indicate to Beijing that if China pulls back its support for Russia, the U.S. will end its trade war with China, or at least major parts of it. This policy, which was implemented during Donald Trump’s presidency, has harmed China and has not exactly been a clear positive for the U.S. either. Offering to move beyond this trade war would be a way for the West, and the U.S. particularly, to show that there are concrete and relatively immediate economic benefits if China breaks with Russia on the war.

Some threats may be necessary, but there are other ways to incentivize China against being too supportive of Russia in the conflict.

In addition to these tactics, the West must frame China’s choice in a bigger picture. China sees itself, not unreasonably, as a potential balance or counter against American and Western hegemony, but also as an ascending superpower. Backing Russia could potentially undermine both of these key elements of China’s self-image.

While China watches Russia’s place in the world be battered overnight, it may indeed be a good time for China to force Russia into a closer relationship on China’s terms. It also means that an alliance with Russia is much less valuable for China than it seemed even a few months ago.

The U.S. must make it clear to Beijing that it has a choice. It can support Russia through propaganda, politics or even military in exchange for affordable energy and other resources, but the cost of that will be high. It will mean sanctions and much weaker ties to the West. It will also reveal China to be not a superpower poised for an important role on the global stage, but the leader of the world’s authoritarian bloc, a country that turns to defeated weakened powers for alliances. If the U.S. can present the options that way, we may be able to drive a wedge between Russia and China.

Lincoln Mitchell is a political analyst and author. He teaches in the School of International and Public Affairs at Columbia University and is an adjunct research scholar in the Arnold A. Saltzman Institute of War and Peace Studies.