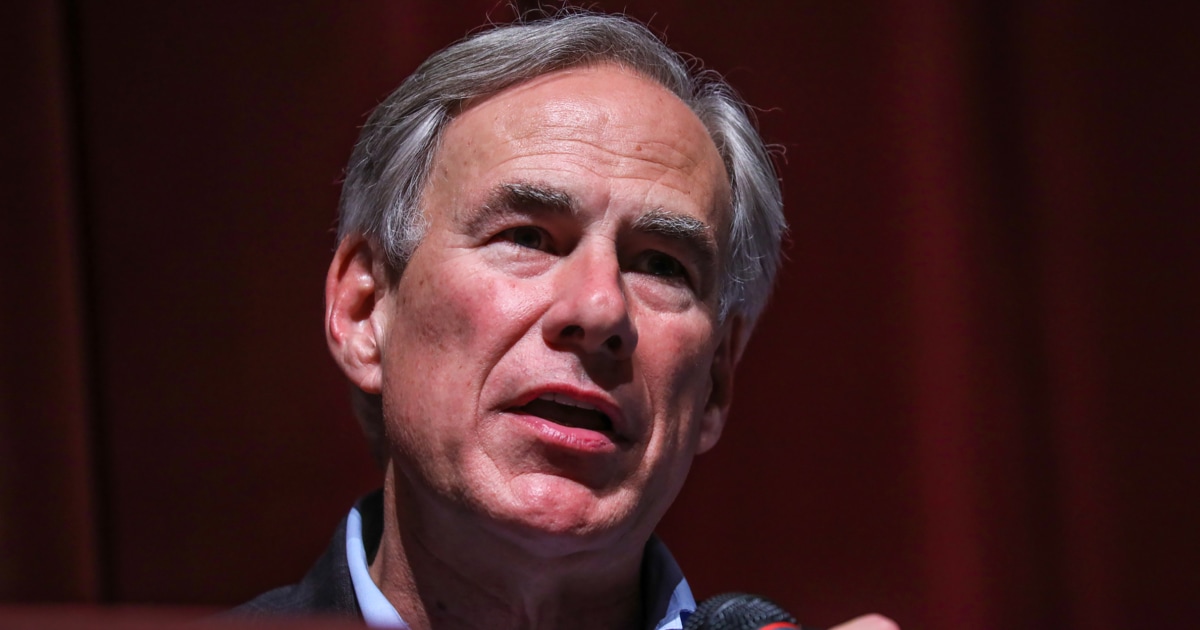 After the mass shootings in Buffalo, New York, and Uvalde, Texas, the conservative response to calls for gun reform was to blame mental illness. During a news conference following the terrible school shooting in Uvalde, Texas Gov. Greg Abbott said “We, as a state, we, as a society, need to do a better job with…

After the mass shootings in Buffalo, New York, and Uvalde, Texas, the conservative response to calls for gun reform was to blame mental illness. During a news conference following the terrible school shooting in Uvalde, Texas Gov. Greg Abbott said “We, as a state, we, as a society, need to do a better job with mental health … Anybody who shoots somebody else has a mental health challenge, period.” Senate Minority Leader Mitch McConnell has expressed a similar sentiment: “It seems to me there are two broad categories that underscore the problem, mental illness and school safety.”

This is an absurd — yet familiar — analysis from Republicans that ignores the reasons why the United States uniquely struggles with mass shootings. While it is probably true that many of the people who commit these horrific crimes are not mentally well, mental illness is global; the U.S. is unusual, however, because people struggling with mental illnesses — and everybody else — can so easily get powerful weapons like the kinds used in mass shootings.  Unlike any other country, the U.S. now has more guns than people.

It seems like immediately after a mass shooting, Republican leaders (pretend to) understand the importance of addressing this reality, but somewhere in between talking about it and approving funding for such services, amnesia sets in.

But if GOP lawmakers are going to make the fact that we have already had more than 200 mass shootings this year about mental illness — and not the lack of federal gun laws — then fine. It creates an opportunity for Democrats to help a vulnerable and underserved group of people in the U.S. by calling for significantly increasing funding for mental health-related programs.

This would be particularly timely and important because, as many mental health experts have argued, the Covid-19 pandemic has exacerbated mental health problems in the U.S., especially among younger people who had to miss important and valuable periods of in-person learning and social life.

If Republicans genuinely believe that mental illness is the driving force behind murderous rampages with high-powered weapons, then surely they should be anxious to support programs that help pay for mental health interventions, including things such as therapy, evaluations, making medicine more affordable, research on the causes and potential ways to ameliorate mental illness, supportive living facilities for people with mental illness and the rest of the panoply of programs this country desperately needs.

But the way that the GOP has vehemently tried to restrict access to Medicaid — the country’s single largest payer for mental health services — it is doubtful that Republicans genuinely care to do that. And after all, this is a party that has been cutting spending for mental illness for decades. The most famous practitioner of this was Ronald Reagan, who, as governor of California and president, defunded support for the mentally ill.

Given how many people need additional support — those living with illnesses and the families that care for them — the programs to adequately address this crisis would be expensive, but they would make a big difference.

According to 2020 data from the National Institute of Mental Health, nearly 1 in 5 adults in the U.S. live with some sort of mental illness. That’s about 53 million people. More than 14 million of those adults have a serious mental illness, which the institute defines as a “mental, behavioral, or emotional disorder resulting in serious functional impairment, which substantially interferes with or limits one or more major life activities.” And there are millions of children who are dealing with diagnosed mental, behavioral or developmental disorders. Experts have sounded the alarm on how grossly underfunded and fragmented the nation’s mental health system is.

It seems like immediately after a mass shooting, Republican leaders (pretend to) understand the importance of addressing this reality, but somewhere in between talking about it and approving funding for such services, amnesia sets in.

When Abbott made his comments following the Uvalde school shooting, many were quick to point out that in April, he had cut more than $200 million in funding from the Texas Health and Human Services Commission, the department that oversees mental health programs.

How could he do that when in 2019, after a mass shooting at a Walmart in El Paso, he said “Bottom line is mental health is a large contributor to any type of violence or shooting violence, and the state of Texas this past session passed a lot of legislation and provided funding for the state to better address that challenge”? The bills he was touting were passed after a 2018 school shooting and aimed to expand children’s access to mental health resources and increase school safety. That’s great, but how far does that go in a state that is, as a Houston Chronicle investigation has detailed, in a mental health crisis? If mental health is such a factor in mass shootings, why did Abbott cut funding that could help address it?

If Democrats in Congress and at the state levels, or President Joe Biden, push for funding increases for mental health, they will force the Republican Party to back up its statements about mental illness with policies and money. Or the GOP will have to concede that it doesn’t think mental illness is the cause of gun violence (or that the party does not care to do anything about gun violence by helping improve mental health care).

For Democrats, there is no downside to what amounts to calling the GOP’s bluff on mental illness. Either they reveal the Republicans’ hypocrisy or pass legislation to help a group of people whose poor treatment and lack of assistance from the government should be a source of shame for all of us. Still, no matter how much funding is devoted to mental illness, unless  gun laws change, mass shootings are not going to stop.

Lincoln Mitchell is a political analyst and author. He teaches in the School of International and Public Affairs at Columbia University and is an adjunct research scholar in the Arnold A. Saltzman Institute of War and Peace Studies.