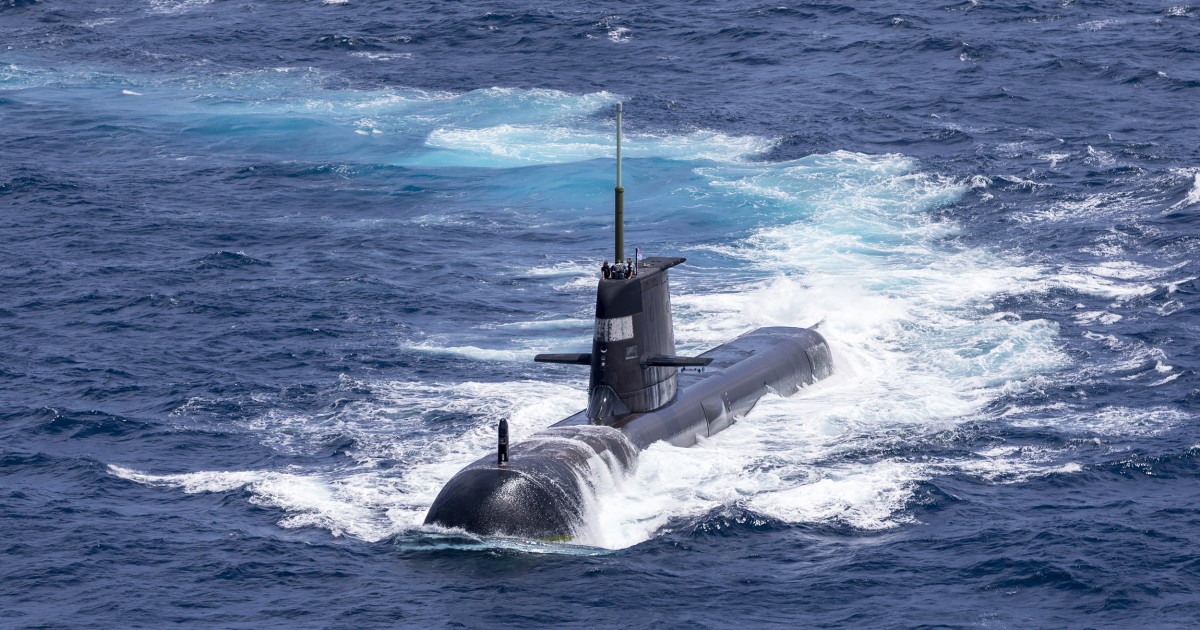 It should have been an easy diplomatic triumph for the new Biden administration: the announcement of a technology-sharing pact with close ally the United Kingdom to furnish their mutual partner Australia with nuclear-powered submarines capable of challenging China’s rapidly growing navy across the Pacific Ocean. Instead, much of the attention has been sucked up by…

It should have been an easy diplomatic triumph for the new Biden administration: the announcement of a technology-sharing pact with close ally the United Kingdom to furnish their mutual partner Australia with nuclear-powered submarines capable of challenging China’s rapidly growing navy across the Pacific Ocean. Instead, much of the attention has been sucked up by a major diplomatic faux pas.

It’s true that Biden handled his coup with little finesse. His team failed to insist that Australia inform France of its withdrawal from their submarine deal well in advance.

The deal shut out another key Western ally, France, even as it tacitly signaled that Australia was breaking from a 2016 contract worth an estimated $65 billion with French shipbuilder Naval Group to build 12 non-nuclear submarines, a huge blow to French industry that also undermined France’s foreign policy ambitions in the region.

The announcement was followed by howling from across the Atlantic, with accusations that Washington had “stabbed” the French in the back by seducing Australia in the thick of the night to obtain a submarine contract that was rightfully France’s. French Foreign Minister Jean-Yves Le Drian accused President Joe Biden of acting like former President Donald Trump. French President Emmanuel Macron quickly recalled his ambassador to Washington — a move he hadn’t seen fit to do when the Trump administration withdrew from the Paris climate agreement or later imposed tariffs on French goods.

Finally, in a phone call with Macron on Wednesday, Biden conceded the situation “would have benefited from open consultations among allies” and agreed to hold talks in October on better coordinating strategy in the Indo-Pacific with America’s European partners.

It’s true that Biden handled his coup with little finesse. His team failed to insist that Australia inform France of its withdrawal from their submarine deal well in advance of unveiling the pact with the U.S. and U.K.; instead they deflected inquiries from French officials about what was up.

The New York Times reported that Biden administration officials left the matter of when to inform the French up to Australia. In the end, French officials were notified only hours prior to the public announcement of the new pact. It’s akin to breaking up with your girlfriend and announcing your engagement to a new woman on the same day — guaranteed to result in the maximum amount of hurt feelings and recriminations.

However, it is wrong for French officials to blame the United States for a betrayal because Washington furnished Australia with an alternate submarine sale option and to insinuate that the U.S. bears all responsibility for the French contract’s demise. In fact, the program was poorly conceived, with both France’s Naval Group and Australia’s government failing to accurately calculate the costs and delays in their particularly unwieldy undertaking. Without the American option, Canberra may well have sought a cheaper deal for submarines with Germany or Japan.

Over the five years that Australia was engaged in buying the submarines from France, going so far as to sign a contract for purchasing them, the estimated total procurement cost had roughly doubled from $32-$36 billion to $65 billion, while the project suffered lengthy delays from relatively early on.

Australia had earlier ruled out purchasing nuclear-powered submarines in the short term, deeming them too politically controversial. But it ended up paying a stiff price for the non-nuclear subs, since Naval Group had to redesign its own nuclear-powered subs to work with diesel and incorporate Australia’s preferred combat systems. And while conventionally powered submarines can be quite effective for short distances, Australian submarines need to traverse 2,000 miles or more to reach the key bottlenecks controlling passage to and from the South China Sea, like the Singapore and Sunda straits.

So Australia’s unique Attack-class version of the French subs needed to be greatly enlarged to carry extra fuel and batteries, which in turn led to spiraling costs. Nuclear-powered submarines, in contrast, never run out of fuel on patrol, can remain submerged for months and can attain and sustain much higher speeds.

As delays and costs increased, the Naval Group submarine deal was becoming the worst of both worlds: It was more expensive than nuclear-powered submarines while lacking their premium capabilities, as well as the promising new technologies for non-nuclear submarines. And, despite lacking major new innovations, the first submarines would only enter service in 2034.

While Biden’s announcement last week might have come as a shock to the French, it shouldn’t have been surprising that Australia was considering other options. It had been publicly reported that, as the problems continued to mount, Australia began making inquiries about alternatives earlier in the year.

The fury from French officials who claim to have been blindsided by the loss of the deal seems out of step with reports of their apparent suspicion the deal was in peril. Moreover, governments abandon problematic defense procurements all the time. As is standard in these cases, France’s Naval Group will surely receive restitution as was provided for in an agreement in 2019.

Yet Australian Prime Minister Scott Morrison continued to string along French officials for months, apparently to keep his options open, making statements affirming his support for the Naval Group deal. The U.S. should not have tolerated this duplicity, and by indulging it, the Biden administration guaranteed the U.S. would receive a large share of the blowback rather than turning scrutiny toward the problems with the French contract.

The damage to the relationship with Macron is unfortunate because France actually has a significant economic, military and intelligence presence in the Indian and Pacific oceans due to island territories there, and seeking to integrate Paris into regional alliances in the Pacific could have been useful.

Of course, the leadership of the Australia-U.K.-U.S. pact will need to take note of how the French procurement plan bogged down and then unravelled, because its own prospective nuclear-powered submarine project could do the same. In fact, it could even go awry due to the greater cost and complexity surrounding nuclear technology and shortfalls in submarine-building capacity in U.S. shipyards.

It’s also possible anti-nuclear activism could lead Australia’s Labor Party to cancel a nuclear submarine program should it be elected back into power, sinking relations with France with nothing to show for it. In other words, the new partners need to tread carefully if Australia’s future nuclear submarine is to avoid the same fate as the hapless Australia-Naval Group deal.