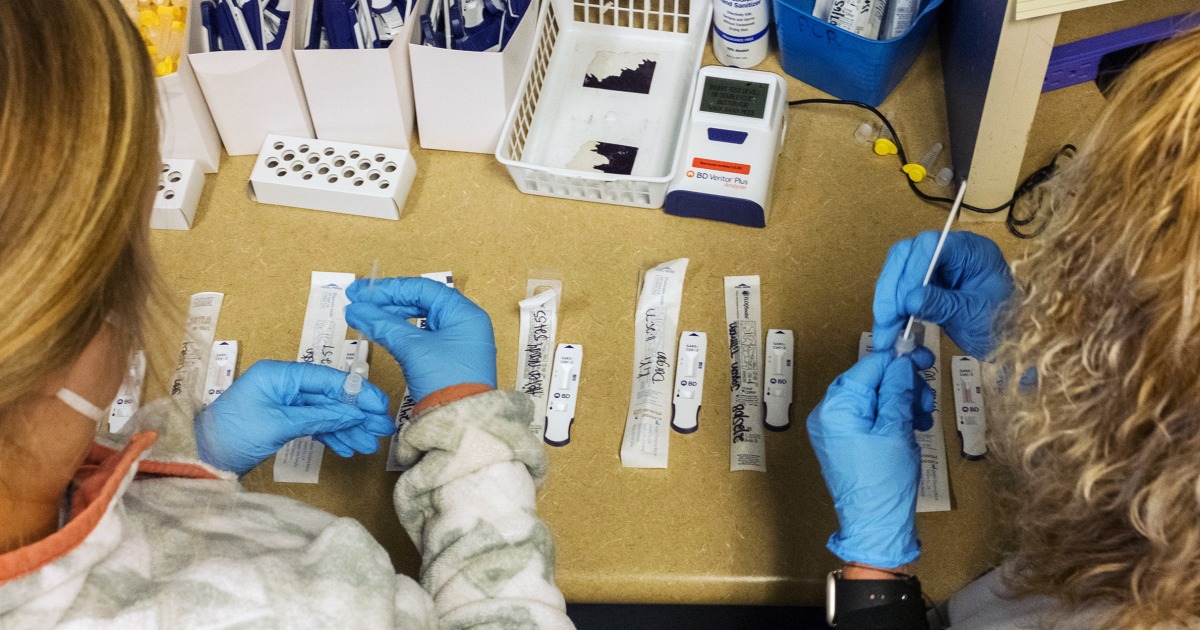 The BA.2 subvariant of the omicron variant continues to rapidly spread throughout the U.S., now accounting for about 72 percent of all new Covid-19 cases, according to data from the Centers for Disease Control and Prevention.The new CDC estimate is up from about 55 percent a week ago, when the subvariant, which is thought to be…

The BA.2 subvariant of the omicron variant continues to rapidly spread throughout the U.S., now accounting for about 72 percent of all new Covid-19 cases, according to data from the Centers for Disease Control and Prevention.

The new CDC estimate is up from about 55 percent a week ago, when the subvariant, which is thought to be more contagious than the original strain of omicron, became the dominant variant of the coronavirus circulating in the country.

Despite its spread, health experts see no cause for alarm in the U.S.

That’s because there is no indication the subvariant is more severe than the original omicron strain and because the high level of immunity in the country from vaccines and previous infections is unlikely to make it a major threat.

“I would not be hugely concerned about BA.2,” said Dr. Christopher Murray, a professor of health metrics sciences at the University of Washington and the director of the Institute for Health Metrics and Evaluation.

A sudden rise in BA.2 cases in Europe and other parts of the world last month raised concerns among some health experts and officials that the U.S. could experience a troubling rise in cases, as well.

However, Covid case counts remain low in the country — as of Tuesday, the seven-day average of Covid cases is at about 29,000, down by 19 percent from two weeks ago, according to an NBC News tally.

Case numbers are increasing in a handful of counties, but most people in the country live in areas with low community spread, the CDC’s director, Dr. Rochelle Walensky, said at a news briefing Tuesday. Cases counts are ticking upward in counties in the Northeast, in particular.

She encouraged everyone to stay up to date on their Covid vaccinations.

Last week, Walensky signed off on a second booster dose of the Covid vaccines for people 50 and older, four months after their first boosters.

Murray said he expects BA.2 to remain at low levels in the U.S. for at least a few more months as the weather gets warmer.

“Right now we’re in this period where immunity is high and we’re heading into the summer and transmission tends to be a bit lower,” he said, “so the combination should lead in the Northern Hemisphere to pretty low levels after the BA.2 wave.”

It’s still possible cases could spike in the U.S. because of the subvariant, although the spread may be limited to certain areas of the country.

“It’s not unexpected to see a spike in cases,” said Dr. Isaac Bogoch, an infectious disease specialist at the University of Toronto. To what extent a rise in cases will affect states or countries will depend heavily on their own policies, he added.

Murray said he is more concerned about the fall, when immunity provided by the second boosters begins to decline, leaving vulnerable groups of people once again susceptible to the virus.

U.S. officials appear to be looking toward the fall, as well: Dr. Peter Marks, the Food and Drug Administration’s top vaccine regulator, suggested last week that the agency could authorize yet another booster shot for vulnerable people later this year.

Murray said another concern is that a new variant could emerge that’s more virulent than omicron and BA.2.

Dr. David Boulware, an infectious disease physician at the University of Minnesota Medical School, shared concerns about new variants, although he said antiviral pills from Pfizer and Merck should still be effective.