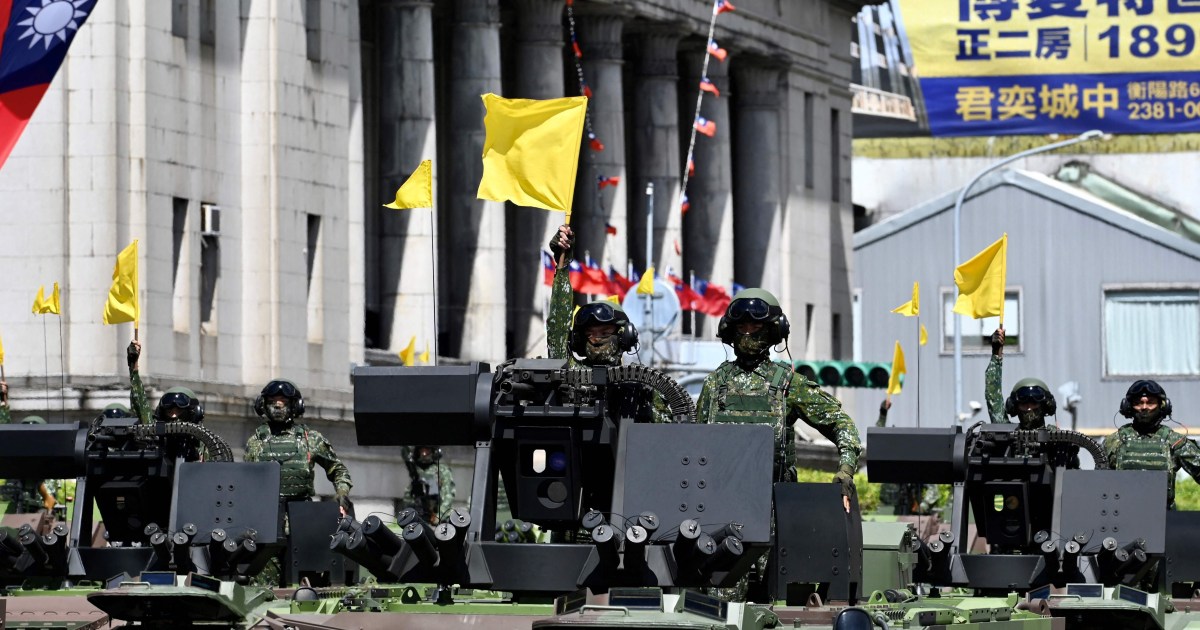 Taiwan will not bow to pressure from Beijing and will keep bolstering its defences, its president said Sunday, a day after her Chinese counterpart vowed to realize a peaceful "reunification" with the democratic island.Speaking at a rally to celebrate Taiwan's National Day, President Tsai Ing-wen said her government would not "act rashly,” but added that…

Taiwan will not bow to pressure from Beijing and will keep bolstering its defences, its president said Sunday, a day after her Chinese counterpart vowed to realize a peaceful “reunification” with the democratic island. President Tsai-Ing-wen spoke at a rally celebrating Taiwan’s National Day. She said that her government would not act “rashly” but that there should be no doubt that Taiwanese will submit to pressure. “

She expressed hope for a decrease in tensions throughout the Taiwan Strait.

Her speech was delivered outside the Taipei presidential office. It featured a rare display of Taiwan’s defense capabilities, which included a variety of weaponry including helicopters, fighter jets, and armored vehicles.

It came a day after Chinese President Xi Jinping vowed to realize a peaceful reunification with Taiwan.

“Taiwan independence separatism is the biggest obstacle to achieving the reunification of the motherland, and the most serious hidden danger to national rejuvenation,” he said on the anniversary of the revolution that overthrew the last imperial dynasty in 1911. Beijing considers Taiwan an illegally separated province that is part its territory. When the communists won their civil war against the nationalists in 1949, the nationalists set up a rival government in Taipei and it has been self-ruled since then.

Xi made these comments to Taipei. Taipei responded angrily, stating that only Taiwanese can decide their future. It came amid repeated Chinese incursions into Taiwan’s air defence identification zone that have significantly picked up in recent weeks. These incursions were criticized by the State Department, which claimed that China was engaging in provocative military activity towards Taiwan last week. Spokesperson Ned Price said China’s actions were “destabilizing,” risked miscalculations, and undermined regional peace and stability.

Tsai said Sunday that Taiwan’s situation is “more complex and fluid than at any other point in the past 72 years,” and that China’s routine military presence in Taiwan’s air defence zone has seriously affected national security and aviation safety.

“We will continue to bolster our national defence and demonstrate our determination to defend ourselves in order to ensure that nobody can force Taiwan to take the path China has laid out for us,” she said.

“This is because the path that China has laid out offers neither a free and democratic way of life for Taiwan, nor sovereignty for our 23 million people,” she said. The leader of Taiwan said that the island would do everything it could to stop the status quo being “unilaterally modified.” “

Ma Xiaoguang was a spokesperson for China’s Taiwan Affairs Office. He said that Tsai’s speech incited confrontation and distorted facts.

“Taiwan are part of China. Although the two sides of the strait have not yet been completely reunified since 1949, the fact that the mainland and Taiwan belong to the same China has never changed and cannot be changed. He stated that China’s sovereignty, territories and territory have never been divided and will not be divided.