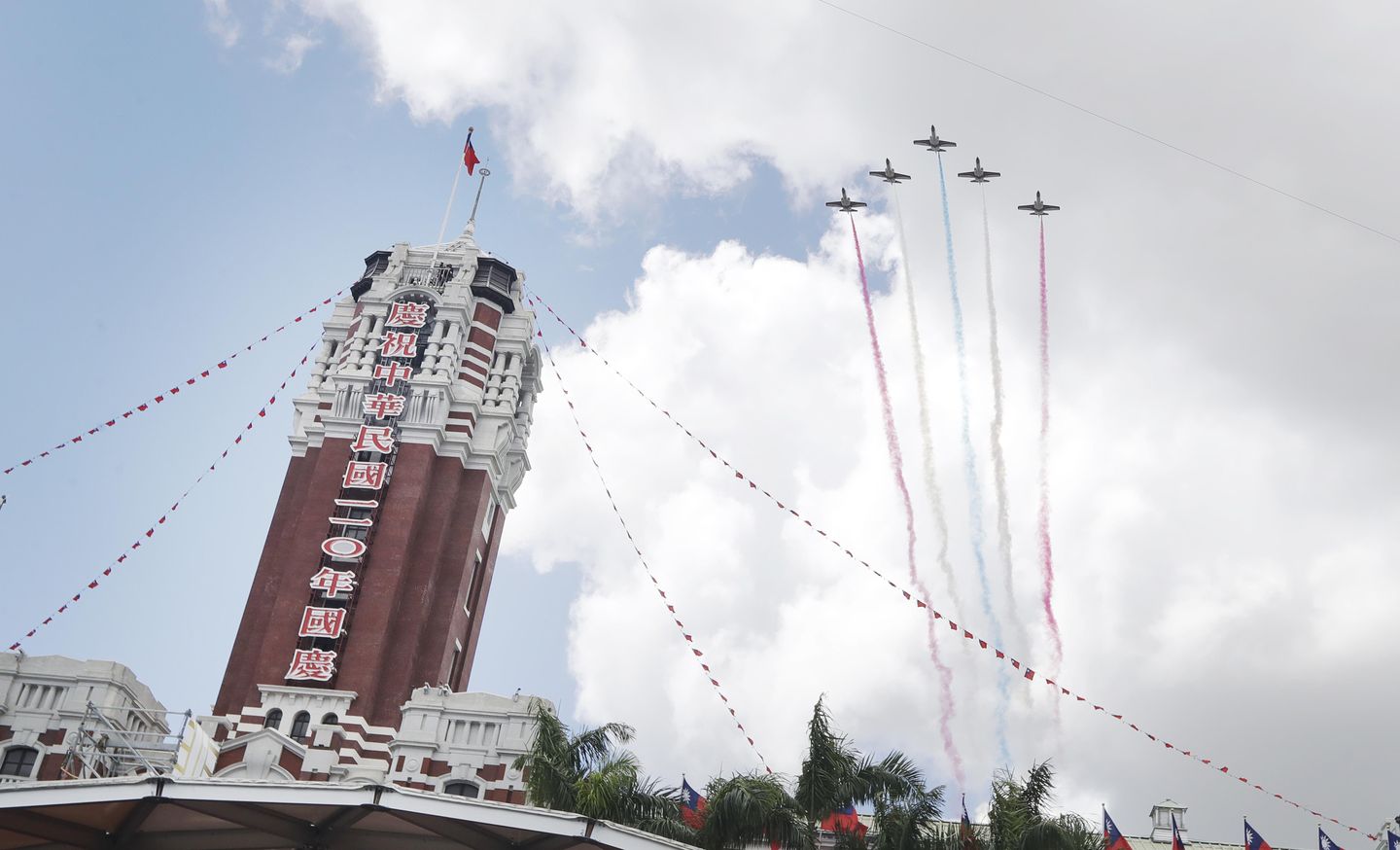 Taiwanese President Tsai Ing-wen vowed Sunday to fight any attempt by China to annex or militarily absorb Taiwan, asserting that the island democracy will strengthen its defenses in response to the most aggressive posturing by Beijing in decades. “We will continue to bolster our national defense and demonstrate our determination to defend ourselves in order…

Taiwanese President Tsai Ing-wen vowed Sunday to fight any attempt by China to annex or militarily absorb Taiwan, asserting that the island democracy will strengthen its defenses in response to the most aggressive posturing by Beijing in decades.

“We will continue to bolster our national defense and demonstrate our determination to defend ourselves in order to ensure that nobody can force Taiwan to take the path China has laid out for us,” Ms. Tsai said in a speech marking Taiwan‘s national day.

” “There should not be any illusions that Taiwanese will bow to pressure,” she stated, according to Reuters.

These remarks were made a day after Chinese President Xi Jinping made headlines worldwide by promising that China would find a way for “reunification” with Taiwan .

Mr. Xi ‘s promise, following weeks of Chinese military posture toward Taiwan ,. This has raised concern in Washington and elsewhere that China might be considering using force to absorb Taiwan . Such concerns have swirled in recent years, but have spiked amid recent provocations by Beijing.

Growing waves of Chinese fighter jets have flown in formation into Taiwanese airspace over the past 10 days. On Oct. 4, a record 56 Chinese aircraft were spotted making such incursions.

The situation is troubling for the Biden administration. When asked for a response to China ”s provocations, President Biden tried to downplay the concerns and said he had spoken to Mr. Xi ,, who agreed to abide “Taiwan

” We made it clear that he shouldn’t be doing anything but adhering to the agreement,” Mr. Biden stated.

Taiwan is an island state located 100 miles off the coast of China. During a civil war in 1949, Nationalist forces battling Communists on the Chinese mainland fled to the island and created a government called the Republic of China.

The Taiwan government remained in an unclear status even though President Richard M. Nixon had negotiated formal diplomatic recognition for the Communist government on China’s mainland. However, the status of the island, which was subsequently downgraded diplomatically, remained unresolved.

U.S.-China ties have been strained over the years amid differing interpretations regarding the status of Taiwan within the “one-China policy” outlined in diplomatic communiques between Washington and Beijing. The U.S. law states that Washington will assist Taiwan in its arming, but it does not guarantee that American forces would intervene if China attempts to invade ,. Despite being an American-aligned democracy as well as a force of free market capitalism throughout East Asia.

The current tensions will be a growing headache to the Biden administration. This is after reports that the U.S. secretly sent special operations soldiers and marines to Taiwan in order to train military forces.

About two dozen troops have been conducting training missions with Taiwan‘s ground forces for at least a year in an effort to shore up the island’s defenses against an invasion by Beijing, according to a report last week from The Wall Street Journal.

China, meanwhile, has been on a military spending spree for years, rapidly increasing its fleet of warships and combat aircraft, including strategic bombers and jet fighters. Beijing has long claimed sovereignty over Taiwan, and Mr. Xi has previously vowed to take control of the island by force if necessary.

In a January 2019 speech marking the 40th anniversary of Beijing‘s efforts to improve ties with Taiwan, Mr. Xi urged the Taiwanese to submit to the reality that they “must and will be” reunited with China.

“We make no promise to abandon the use of force, and retain the option of taking all necessary measures,” the Chinese president said in the speech to military officials and others gathered at the time in the Great Hall of the People in Beijing.

Bill Gertz, Mike Glenn and others contributed to this report.