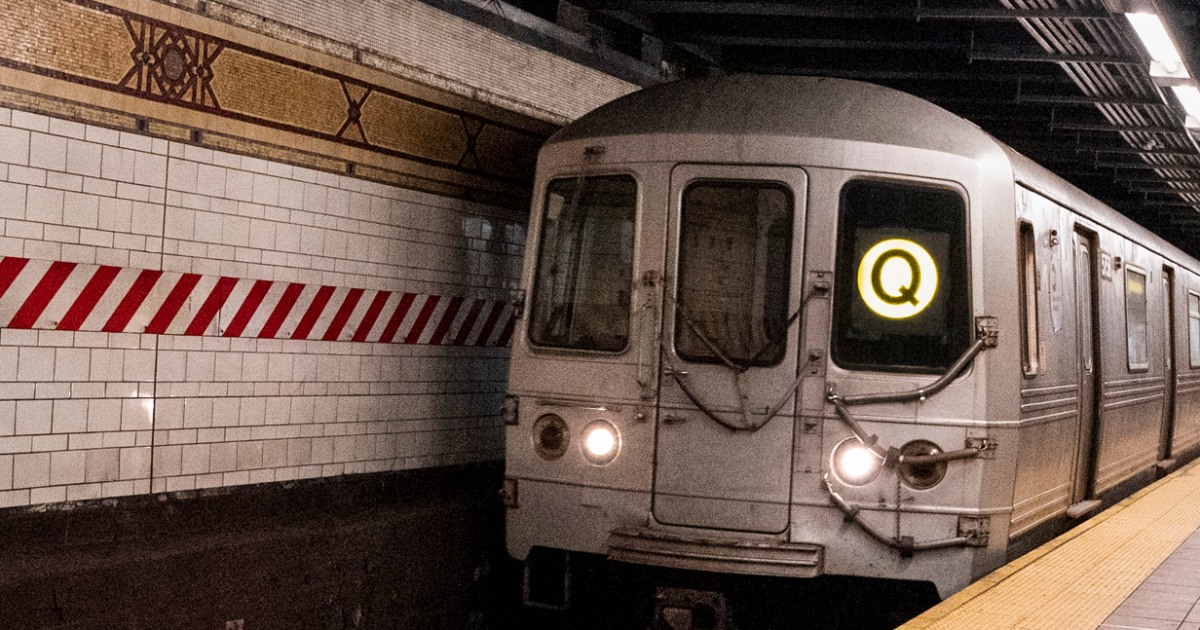 A suspect in the fatal shooting of a Goldman Sachs employee in what police say was an unprovoked attack on a New York City subway train was in custody Tuesday.Andrew Abdullah, 25, was seen arriving at the New York Police Department's 5th Precinct in Manhattan after having been wanted on a murder charge, NBC New…

A suspect in the fatal shooting of a Goldman Sachs employee in what police say was an unprovoked attack on a New York City subway train was in custody Tuesday.

Andrew Abdullah, 25, was seen arriving at the New York Police Department’s 5th Precinct in Manhattan after having been wanted on a murder charge, NBC New York reported Tuesday.

“Andrew Abdullah has been placed into custody,” police confirmed on Twitter. “Thank you to everyone who shared this information and assisted in the search for this suspect.”

Abdullah’s being in police custody reportedly followed his failure to surrender to authorities, NBC New York reported. Police sources had said earlier Tuesday that Abdullah was in custody, but a planned news conference to announce his surrender was called off.

Abdullah is alleged to have opened fire on the Manhattan-bound Q train around 11: 50 a.m. Sunday, killing Daniel Enriquez, 48, of Brooklyn, police said.

Officers were called to the Canal Street Station and found Enriquez with a gunshot wound to the torso. He was taken to Bellevue Hospital, where he died, officials said.

New York Police Chief of Department Kenneth Corey said at a news conference Sunday that Enriquez was seated in the last car of the train when the gunman opened fire. Witnesses reported that a person who had been pacing the train car pulled out a gun and shot Enriquez, even though there appeared to have been no provocation.

His sister, Griselda Vile, said Enriquez was the son of Mexican immigrants who obtained a master’s degree from New York University and worked at Goldman Sachs and Morgan Stanley.

“He started playing guitar and piano during Covid-19. He was learning Brazilian Portuguese. He completed our family genealogy for the past 400 years,” Vile said.

“We were born in South Williamsburg and enjoyed the rich New York culture our whole lives. Mom made arroz con gandules for Thanksgiving and Christmas. We drank Manischewitz and observed Passover,” she continued.

Enriquez had worked for the research division of Goldman Sachs since 2013, the company said in a statement.

His death came one month after a Brooklyn subway shooting that left 10 people with gunshot wounds and 13 others injured in the chaos that ensued.

In that incident, Frank R. James, 62, is alleged to have set off two smoke canisters and opened fire on an N train as it approached the 36th Street Station in Brooklyn during the morning rush hour.

Since then, police presence at train stations has been bolstered to quell travel safety concerns.

Sunday’s shooting is the latest in a spate of prominent subway attacks this year. In January, Michelle Go, an Asian American woman, was killed when she was shoved onto subway tracks. The next month, at least six people were stabbed in a series of attacks in the subway system over a single weekend.

“When you have an incident like this, it sends a chilling impact,” he said.

Adams said no police officer was assigned to the subway car where the shooting took place. He said he plans to meet with Police Commissioner Keechant Sewell to evaluate police deployment.

Adams also said he wants to introduce technology that can identify guns on subways. He didn’t specify what kind.

Jonathan Dienst is a reporter for WNBC-TV in New York, leading its investigative reporting team and covering justice and law enforcement issues.