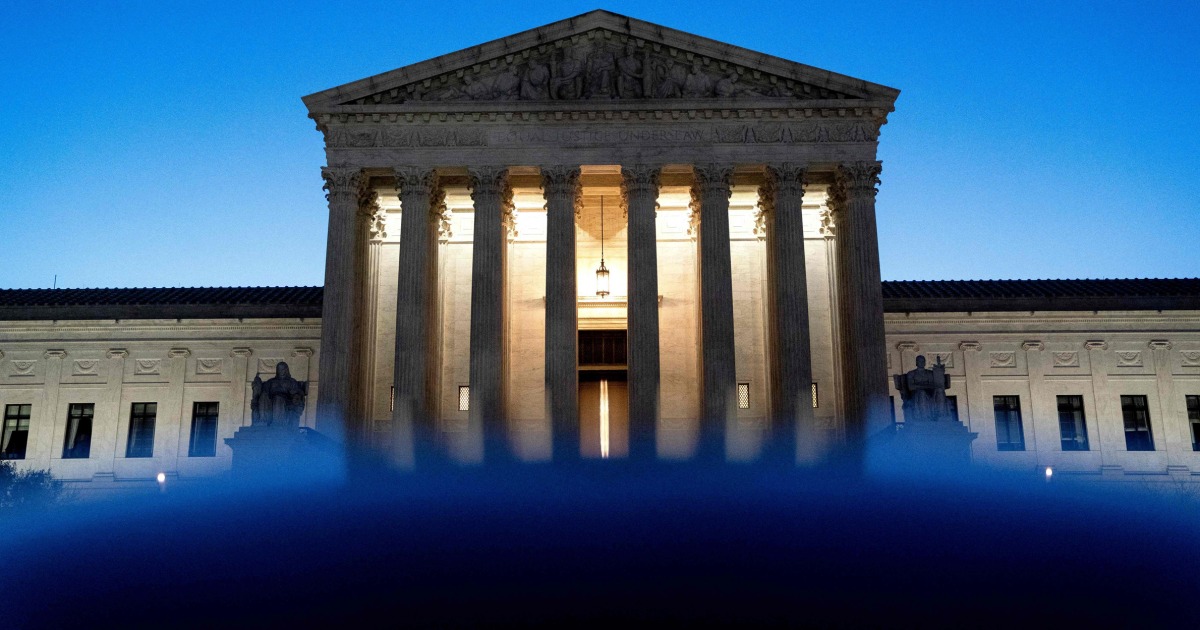 Victims of malicious prosecutions, who disproportionately come from communities of color, got a monumental win when the Supreme Court cleared a path for them to sue police departments for wrongful charges, but some experts say they will still face uphill battles for legal restitution. In a 6-3 ruling in Thompson v. Clark, the court found Monday…

Victims of malicious prosecutions, who disproportionately come from communities of color, got a monumental win when the Supreme Court cleared a path for them to sue police departments for wrongful charges, but some experts say they will still face uphill battles for legal restitution.

In a 6-3 ruling in Thompson v. Clark, the court found Monday that people who are falsely charged can bring civil rights actions against police officers if their cases get dismissed. No justification for a dismissal is required, the court said in its ruling.

The decision is a step forward for civil rights claims, particularly for Black, Indigenous and other people of color, advocates and legal experts said.

“Until today, police officers who framed an innocent person — for instance, falsifying or planting evidence — could get a free pass,” said Amir Ali, the executive director of the MacArthur Justice Center at Northwestern University, who represented Thompson. “After the bogus charges were dismissed, the innocent person whose life had been upended had no recourse in court. Not anymore.”

The case stemmed from the arrest of Larry Thompson, a New York man, who said police illegally barged into his home in 2014 without a warrant and arrested him after a family member alleged that he had abused his newborn child. After they arrested Thompson, the police officers took the child to the hospital, where doctors determined that there were no signs of abuse and that the child only had a diaper rash.

Thompson said he was falsely charged with obstructing governmental administration and resisting arrest. The charges were dismissed three months later without any explanation.

Thompson sued, arguing that his Fourth Amendment rights were violated, and the case made its way to the Supreme Court, which ruled in his favor.

Thompson’s position was backed by over 55 current and former prosecutors, Justice Department officials and judges who filed an amicus brief in favor of his argument. An amicus brief is filed by parties who are not involved in a case but want to offer additional information or support.

“This is an important win for civil rights claims,” Art said. “This case authorizes claims for malicious prosecution under the federal Constitution and the Civil Rights Act for people who are prosecuted based on evidence that’s been falsified by police, and that’s a huge victory and an important safeguard against wrongful prosecutions and convictions.”

The ruling means hundreds of people potentially now have an avenue to bring civil cases, he said. Over 3,000 people have been exonerated since 1989, according to the University of Michigan’s National Registry of Exonerations. Along racial lines, 47 percent of the people who were exonerated were Black.

“You can imagine that for every case that resulted in a wrongful conviction, there are many more where criminal charges are brought against an innocent individual where the prosecution decides to drop the charges before there’s a criminal trial and a conviction,” Art said.

That doesn’t mean, however, that the process will be easy.

While the case is absolutely “monumental,” there are a lot of reasons it’s still going to be tough for people to sue police departments and prosecutors’ offices, said Somil Trivedi, a senior staff attorney for the American Civil Liberties Union’s Criminal Law Reform Project.

The ruling only allows Thompson to move forward with his case, and the lower court could still say there was probable cause for his arrest, he said.

Meanwhile, prosecutors can use other tools to protect officers, such as qualified immunity or pressuring more people to plead guilty, thereby nullifying the civil rights suits, said Trivedi, a former prosecutor.

“Bringing civil rights claims against the government is really hard. It’s expensive and takes a long time and there are far too many procedural barriers. Also, a lot of the victims of misconduct are poor or from marginalized communities and may not be able to afford a private lawyer to bring their cases,” Trivedi added.

Still, Ali, who has spent years fighting the case through the lower courts, said it is undoubtedly a win for racial justice.

The NAACP and the Center for Antiracist Research at Boston University  said in separate amicus briefs that the wrongly charged are often from communities of color.

An excerpt from the NAACP’s filing reads: “An analysis of data reported to the Federal Bureau of Investigations revealed that between 2015 and 2018, Black people were arrested and charged at a rate five times higher than white people in 800 jurisdictions across the country. … Many of these charges are unsupported by probable cause and are either never prosecuted or are dismissed before trial.”

According to the Center for Antiracist Research at Boston University, communities of color have routinely been the targets of false charges to cover up excessive force used against them, false charges for asserting their constitutional rights and large-scale scandals involving false drug and gun charges.

Ali said the ruling means those who have suffered false charges will have the opportunity to prove their claims and be heard in front of juries, as opposed to being told that the courthouse doors have been shut to them.

“This is a welcome and much needed step toward greater accountability when officers engage in misconduct and abuse the public trust,” he said. “The Supreme Court didn’t mince its words here.”

Trivedi agreed that by that measure, the case is important and a victory, given the makeup of the court.

“Hopefully it sends a broader signal to law enforcement and prosecutors that they shouldn’t be engaging in these kinds of tactics to begin with.”