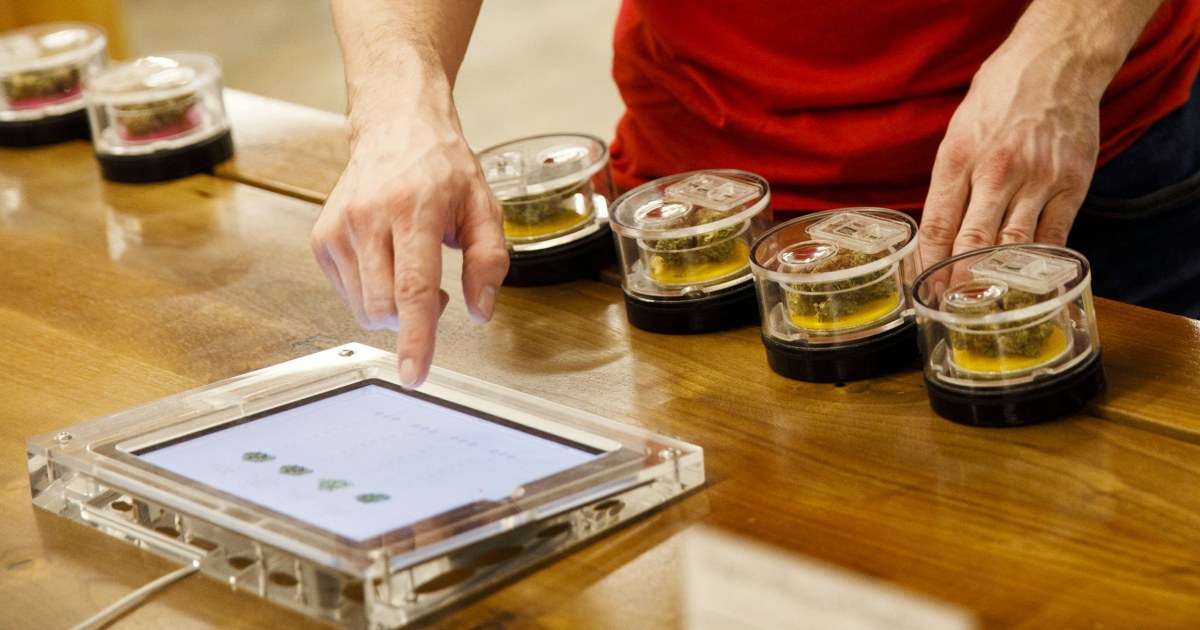 Since 2020, Illinois, New York, New Jersey and Virginia have started adding programs that specifically address the societal harm caused by drug arrests, with earmarks for special grant programs. Oregon lawmakers passed similar legislation this month.“It’s very important to do those things largely because of the toll that [drug arrests] took on those communities,” said…

“It’s very important to do those things largely because of the toll that [drug arrests] took on those communities,” said Toi Hutchinson, president and CEO of the Marijuana Policy Project, a group that advocates for the legalization and equity of the cannabis business.

“Those communities are suffering from a number of different things that you can trace back to disinvestment in those places,” Hutchinson said. “So when you earmark it specifically, you have a better chance of controlling that those dollars are doing what you actually wanted them to do.”

California, which levies a series of taxes on marijuana sales, brought in more than $1.2 billion in tax revenue last year, much of which goes to funding child care for low-income families.

The California cannabis industry is pushing to lower the taxes, citing competition from the black market and barriers to entry for minority entrepreneurs. Gov. Gavin Newsom has shown interest in marijuana tax reform, while several state lawmakers introduced bills that would cut some of the taxes.

A coalition of children’s advocacy groups in California say these bills, including a proposal from state Sen. Mike McGuire, a Democrat, would drastically reduce the funds that were earmarked for the state’s community reinvestment grants.

“If there are changes to the cannabis tax rates, then we have to call it what it is. And that would be budget cuts to child care,” said Mary Ignatius, the statewide organizer for Parent Voices California, an organization that advocates for accessible child care.

Ignatius made the comments at a news conference in February, noting that families eligible for aid from the programs make less than the state’s median income.

“They are working in all of the low-paid industries that have turned out to be our essential workforce — the janitors, the agricultural workers, the retail workers, food service [workers] — and we are only serving 11 percent of those eligible children,” Ignatius said.

The state legalized possession of marijuana last year, scheduling the start of legal sales for 2024 and earmarking a portion of future tax revenue for disenfranchised communities and loans for minority businesses. Republicans in the state Legislature sought to strip out both mandates in February, along with provisions that would have prioritized business licenses for people previously convicted of marijuana crimes.

Virginia’s current law would put 40 percent of future tax revenues into pre-K programs, 25 percent into behavioral health and 30 percent into equity reinvestment that would go into communities affected by drug arrests. A bill by Republican state Sen. Thomas Norment would have allocated the equity earmarks into the state’s general fund. Another bill introduced in the house by Republican Del. Michael Webert would have moved those funds into a public school assistance fund.

Both bills did not survive this session and neither lawmaker returned a request for comment to NBC News.

“It’s just going to take more work than what we can do in one session to fix this thing,” Garren Shipley, spokesman for Republican House Speaker Todd Gilbert told the Washington Post in February.

“I’ve made clear that it’s important that if we legalize it, we have to do it in a way that addresses the disproportionate impact marijuana prohibition has had on people in communities of color,” said Virginia state Sen. Jennifer McClellan, a Democrat who voted against the bill that would have shifted funds away from disenfranchised communities.

Hutchinson, of the Marijuana Policy Project, said it’s crucial for states to balance priorities the right way, noting that legal marijuana selling has grown to a billion-dollar industry at the same time that 19 states are still arresting people for possession.

“The fact that those two statements can be true at the same time in the same country, we should all be asking, ‘How can that be?’” Hutchinson said.