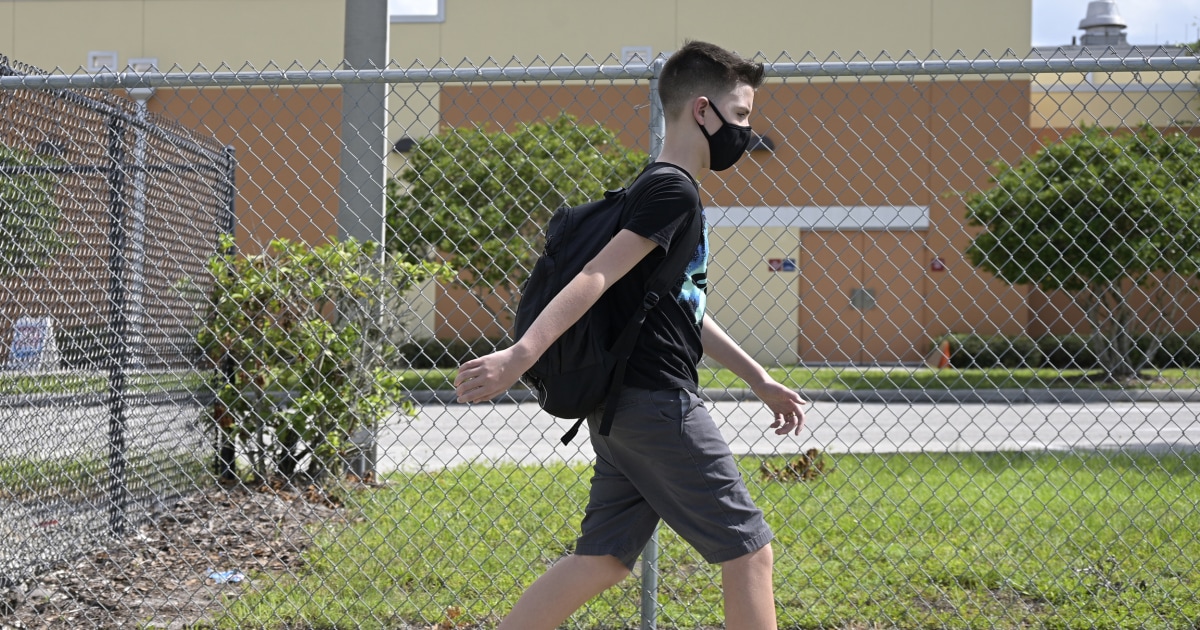 COLUMBIA, S.C. — A federal judge Tuesday suspended South Carolina from enforcing a rule that banned school districts from requiring masks for students.Parents of disabled children, helped by the American Civil Liberties Union, sued the state saying the ban discriminated against medically vulnerable students by keeping them out of public schools as the Covid-19 pandemic…

Parents of disabled children, helped by the American Civil Liberties Union, sued the state saying the ban discriminated against medically vulnerable students by keeping them out of public schools as the Covid-19 pandemic continues. The Republican Governor has backed the mask ban. Republican Gov. Henry McMaster and GOP lawmakers backed the ban on masks.

The ruling wasn’t even a close call, U.S. District Judge Mary Geiger Lewis wrote, stopping the state from enforcing a one-year ban placed in the budget. It is not controversial that children must attend school. They are entitled to reasonable accommodations to enable them to do this. Lewis stated that no one could reasonably claim that wearing a mask to accommodate children with disabilities is an undue burden.

“Masks should, at minimum, be available for school districts to use to accommodate people with disabilities so that they too can receive a free public education.” the judge wrote. Brian Symmes,

McMaster’s spokesperson, said that Tuesday’s decision is not the final word in the case.

“The governor strongly disagrees with the court’s decision and will defend a parent’s right to decide what’s best for their children up to the United States Supreme Court, if necessary,” Symmes said in a statement,

The ruling wasn’t a surprise because the rights of medically fragile students were violated, said Susan Mizner, director of the ACLU’s Disability Rights Program.

” Today’s court decision makes it clear that the state legislatures and governor. McMaster cannot sacrifice the safety and health of students with disabilities to make others happy,” Mizner stated in a statement.

In South Carolina, Iowa, and across the country, students with disabilities have a right to attend school without fearing for their health and safety.

Take note: Banning schools from requiring masks is illegal. We will not stop fighting until all students are protected.

The Republican-dominated South Carolina House put the provision into the budget in June when the state was seeing an average of about 150 new Covid-19 cases a day. The spike in cases caused by the delta variant was similar to what happened last winter, before vaccines were widely accessible. Well over 21,000 students have been infected with Covid-19 this school year and nearly 100,000 have had to quarantine because of close exposure, according to state health data. The budget provision did not prohibit districts from mandating masks but stated that state money could not be used to enforce the requirement. State money is tied into most regular school funding, although some lawmakers told school boards they could require masks and hire employees to enforce the requirement with federal Covid-19 relief money.

Several districts have required masks. Other school boards asked for lawmakers to return to session to amend the rules. They have so far refused. They were joined by a group of teachers, doctors, and school administrators.

Attempts to convince the state Supreme Court that schools can have mask requirements or to overturn the provision were unsuccessful.

Lewis stated in her ruling that she was adhering to federal anti-discrimination laws and did not comment on whether the General Assembly’s provision was “Covid negligence.” “

“Some have also contended that the politicalization, by both opponents and proponents, of the decision to forbid local school districts from requiring students to wear a mask at school is gravely wrong. Literally. The judge said that the Court is not able to answer this question.