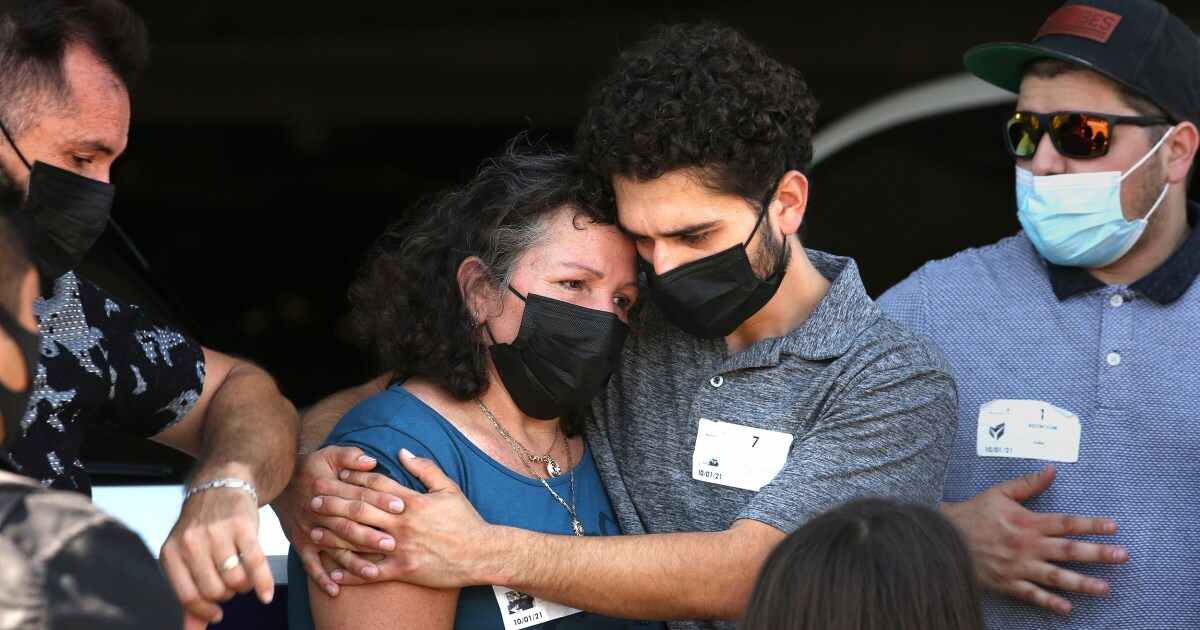 The shooting of a California teenager by a school safety officer is now a homicide investigation, police said Thursday.Manuela “Mona” Rodriguez, 18, was taken off life support on Tuesday, more than a week after officials said Long Beach Unified School District safety Officer Eddie F. Gonzalez fired at a car she was in."In light of…

The shooting of a California teenager by a school safety officer is now a homicide investigation, police said Thursday.

Manuela “Mona” Rodriguez, 18, was taken off life support on Tuesday, more than a week after officials said Long Beach Unified School District safety Officer Eddie F. Gonzalez fired at a car she was in.

“In light of this news, detectives are now investigating this matter as a homicide,” the Long Beach Police Department said in a statement.

Gonzalez, who has not been charged in connection with the Sept. 27 incident, was initially placed on leave but has since been fired by the district for violating its use of force policy.

Long Beach police said Gonzalez was driving a school safety vehicle near Millikan High School when he came upon a fight between Rodriguez and an unidentified 15-year-old girl.

Police said Rodriguez knew the girl and had allegedly started the fight. When Gonzalez intervened, Rodriguez jumped in a car occupied by two others whom authorities said were “also involved in the assault.”

Video shows the school resource officer trying to get the teenagers to stop or surrender. When the vehicle sped off, Gonzalez drew his weapon and fired from behind the fleeing car.

Rodriguez was hit and was taken to Long Beach Medical Center in critical condition. She died Tuesday night, Luis Carrillo, an attorney for her family, told NBC Los Angeles.

Her family said in a statement via their attorney that Rodriguez, the mother of a 5-month-old baby, saved the lives of five people through organ donation.

“All the Doctors and Nurses of Long Beach Memorial Hospital on Mona’s floor gave a Hero’s Celebration to Mona by standing in the hallway as Mona was taken to the operation while her favorite song was played — ‘Letter to my son’ by Skeezy and the song was replayed over and over during the operation to donate her organs to five people,” her family said. “Rest In Peace Mona—Your Family will Always fight for Justice for You!!”

A day after her death, the Long Beach Unified School District Board of Education fired Gonzalez. According to the Long Beach Post, school safety officers employed by the district are not full-fledged officers like those employed by police departments but they do carry guns.

“I want to start by expressing our deep sadness about this incident,” Superintendent Jill A. Baker said in a statement. “We send our sincerest condolences to everyone who has been impacted by this terrible event, especially Manuela Rodriguez’s family and friends.”

The district said in a press release that its policy outlines several instances a school resource officer should not fire his weapon including if a person is fleeing or in a moving vehicle “unless circumstances clearly warrant the use of a firearm as a final means of defense.”

Baker said Gonzalez violated the policy “and did not meet our expectations.”

“We believe the decision to terminate this officer’s employment is warranted, justified, and quite frankly, the right thing to do,” Baker said.

The shooting occurred as people across the country are reconsidering the effectiveness of school police amid a larger police reform movement that arose in the aftermath of George Floyd’s murder by a Minneapolis city officer in 2020.