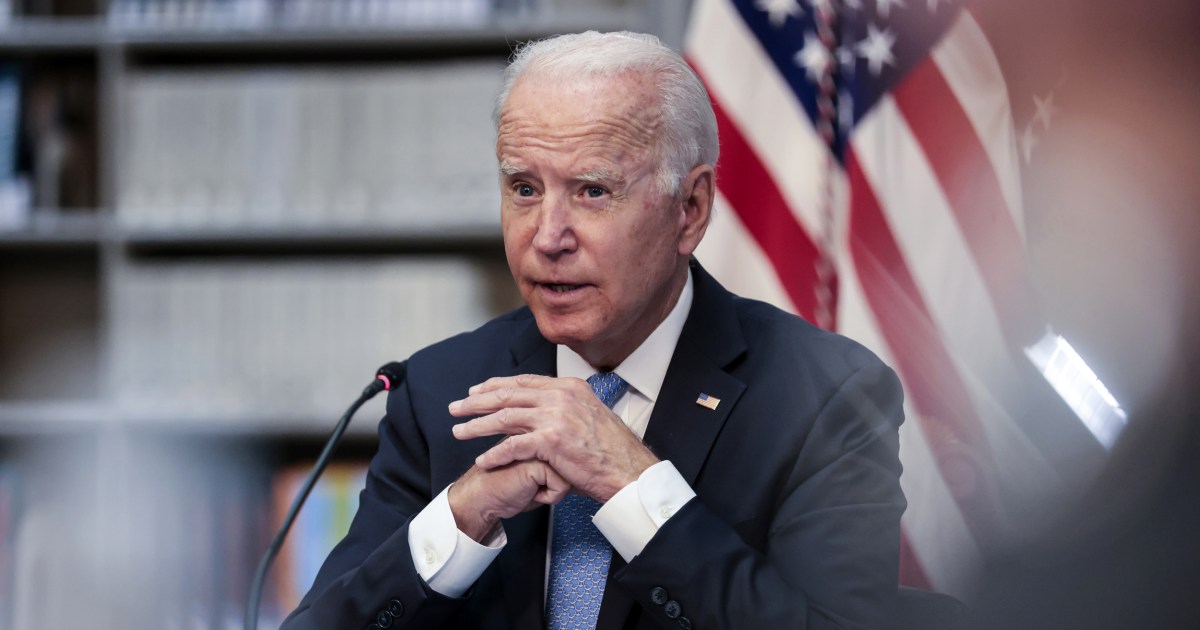 WASHINGTON — After President Biden’s brutal August, we told you that September could get even worse for him.And it looks like we were right — unless he and Democrats pull a rabbit out of their hat ahead of today’s scheduled House vote on the infrastructure bill, which may or may not happen.This has been Biden’s…

WASHINGTON – After the brutal August of President Biden, we warned you September could be even worse. Unless he and Democrats pull out a rabbit from their hats ahead of today’s House vote on the infrastructure bill (which may or not happen), it seems like September was a bad month for Biden.

This has been Biden’s September: About 2,000 Covid deaths a day. Declining polls . Hearings in Congress on Afghanistan withdrawal (and not Jan. 6). There was a pitched battle between moderates, progressives, and the agenda of Biden.

And this has been just the last 24 hours: Sen. Joe Manchin, D-W.V., released a statement casting doubt that he could support the budget reconciliation package (at least anytime soon); progressives said they’re laying the groundwork to mount a primary challenge against Sen. Kyrsten Sinema, D-Ariz. (in a state where Republicans and independents still outnumber registered Democrats); and it’s likely that today’s House vote on infrastructure is headed for defeat — or a postponement. This is happening one month before Virginia’s election for the governorship. Dems have already raised alarm.

“Democrats have got to quit talking, and they’ve got to get something done,” Democratic nominee Terry McAuliffe told the Washington Post. “You were elected to do things. We have the House, Senate and White House.”

Here’s the political reality staring Democrats like McAuliffe in the face: They can’t afford for next month, October, to be as bad or worse for Biden than August and September were.

Outside of the moderate-vs.-progressive standoff on Biden’s agenda, there was some good news on Capitol Hill yesterday. The government won’t shut down.

“Senate Majority Leader Chuck Schumer said Wednesday that senators have reached a deal on a stopgap government funding measure to prevent a shutdown,” per NBC News.

“‘We’re ready to move on,’ Schumer (D-N.Y.) stated on the Senate floor. ‘We have an agreement on … the continuing resolution to prevent a government shutdown, and we should be voting on that tomorrow morning.'”

The bad news, however, is that the deal to keep the government open doesn’t include any resolution about raising the debt limit.

And by the way, given the moderate-vs.-progressive fight and the uncertainty about the debt limit, the timing of last night’s congressional baseball couldn’t have been worse. There are serious problems right away… and Congress was playing baseball.

Data Download: The numbers you need to know today

20: The number of hospitals that had full ICUs for at least a full year since the pandemic began.

11: The number of additional subpoenas sent by the Jan. 6 committee to organizers of the “Stop the Steal” rally the preceded the attack on the Capitol.

18: The number of named storms that hit the continental United States over the last two hurricane seasons, a record.

43,399,221: The number of confirmed cases of the coronavirus in the United States, per the most recent data from NBC News and health officials. (That’s 122,025 more since yesterday morning. )

699,485: The number of deaths in the United States from the virus so far, per the most recent data from NBC News. (That’s 2,286 more since yesterday morning. )

55.5 percent: The share of all Americans who are fully vaccinated, per the CDC.

66.8 percent: The share of all U.S. adults at least 18 years of age who are fully vaccinated, per CDC

ICYMI: What else is happening in the world

U.S. officials are concerned that lifting a key Covid restriction on the border could lead to a massive increase in migrants.

Politico takes a look at what soft Biden disapprovers are thinking ahead of the midterms.

Remember the Schoolhouse Rock “I’m Just a Bill?” Politico has a new version for the 2021 infrastructure/reconciliation debate.

Chuck Todd is moderator of “Meet The Press” and NBC News’ political director.

Mark Murray is a senior political editor at NBC News.

Ben Kamisar is a political writer for NBC News.