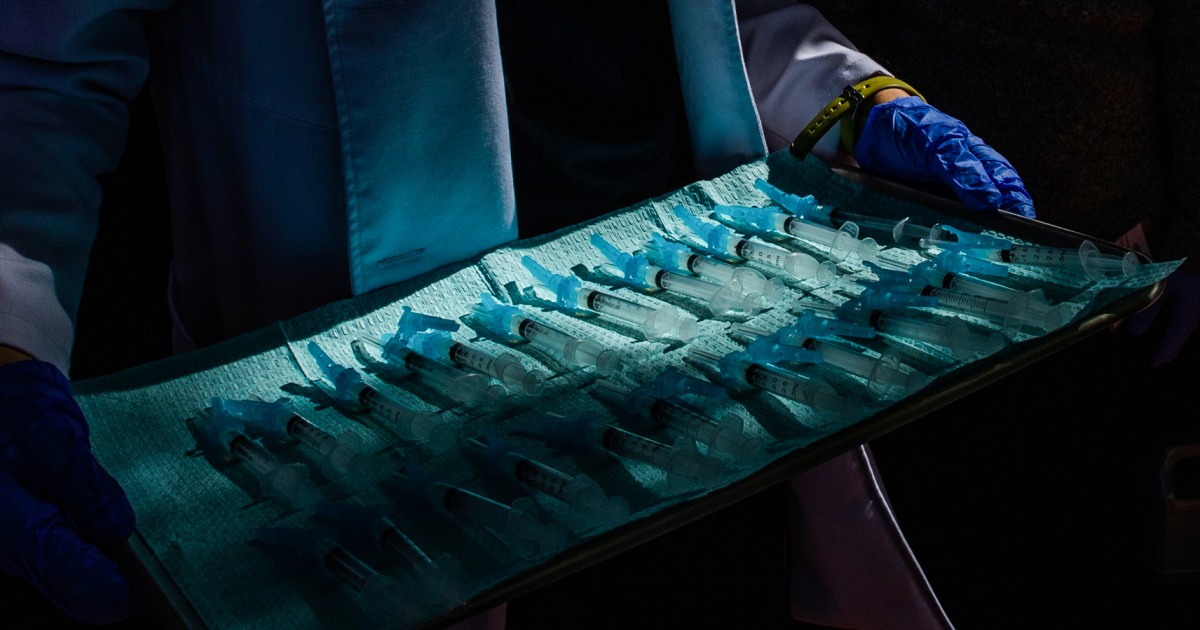 WASHINGTON — The Senate is scrambling to reach an agreement on a $15 billion Covid-19 aid bill before members leave for a two-week break at the end of next week.Democrats say the U.S. is running out of funding for vaccines, testing and treatment for Covid-19, and the Biden administration has warned that the lack of…

WASHINGTON — The Senate is scrambling to reach an agreement on a $15 billion Covid-19 aid bill before members leave for a two-week break at the end of next week.

Democrats say the U.S. is running out of funding for vaccines, testing and treatment for Covid-19, and the Biden administration has warned that the lack of pandemic money comes at a critical moment in the pandemic.

The party is pushing for a quick deal, saying that any gap in funding would put the country at risk of being unprepared for new surges of Covid-19. The BA.2 omicron subvariant of the virus has now become the dominant strain of the disease in the U.S., the Centers for Disease Control and Prevention said Tuesday.

“We want to make sure we don’t hit a point where we don’t have vaccination and testing available, so it needs to get done as soon as possible,” Sen. Patty Murray, D-Wash., told NBC News.

Senate Majority Leader Chuck Schumer, D-N.Y., said he was optimistic a deal could be reached, but acknowledged Wednesday morning “we’re not yet at the finish line.”

Still, Democratic negotiators will need to overcome challenges from their Republican counterparts who are demanding that previously allocated but unspent Covid money be used for further pandemic funding.

“My view that it ought to be entirely paid for out of money that’s already in the pipeline by reprogramming it for whatever amount they can justify to get the job done,” Senate Minority Leader Mitch McConnell, R-Ky., said Tuesday.

Sen. Mitt Romney of Utah, the lead negotiator for the GOP, said Tuesday he doesn’t yet have the support of nine other Republican members who are needed for a deal, while noting, “We’re making progress and hopefully we’ll get there soon.” He also insisted that the money be taken from one of the previous Covid aid bills.

Senate Minority Whip John Thune, R-S.D., was less optimistic about the pace of negotiations. “It’s not going anywhere fast. Let’s put it that way,” he said.

A bipartisan group of senators involved in negotiating the package met in Schumer’s office Wednesday night, but left without a breakthrough or a clear plan on how to pay for the bill.

“There’s a gap between where we would go and where they would go,” Romney said after the meeting. “They provided a list to us today and their list and our list are different. So we’re going to work through the differences and see if we can reach a meeting of the minds, and we may or may not.”

The White House and Democrats have been discussing new ways to pay for the bill. Sen. Tim Kaine, D-Va., said about $13 billion worth of unused disaster aid in the American Rescue Plan could be used.

President Joe Biden on Wednesday urged Congress to act swiftly in a speech on the country’s pandemic response. He also received his fourth shot of the Pfizer vaccine before a group of reporters and photographers a day after the CDC recommended people ages 50 and older receive a second booster dose of the Pfizer or Moderna vaccine after studies showed a decrease in protection over time.

“Americans are back to living their lives again. We can’t surrender that now, Congress please act. You have to act immediately,” the president said. “The consequences of inaction are severe, they only grow with time, but it doesn’t have to be that way.”

The lack of a funding deal has already had an impact.

In the past two weeks the Biden administration “has had to stop reimbursing health care providers for treating the uninsured, cancel monoclonal antibody orders and cut states’ supply, reduce orders of treatments for the immunocompromised, and pull the U.S. out of line for future vaccine and next-generation treatment purchases,” the White House said in a statement Wednesday.

After initially agreeing on a $15.6 billion infusion for virus relief in a massive government spending bill earlier this month, Congress stripped that money out at the eleventh hour amid Republican opposition and defections from a narrow group of Democrats, who opposed paying for it by redirecting some existing funds.

Some Democrats have been working on a backup plan, urging the president to use an emergency declaration to reshuffle defense funds to pay for Covid needs, Sen. Brian Schatz, D-Hawaii and Rep. Mark Pocan, D-Wis., said. They noted that then-President Donald Trump declared border security as a national emergency, and used that order to use money from the Defense Department to pay for some of his border wall.

House Democrats said after a closed-door conference meeting on Tuesday that the ball is in the Senate’s court.

Pocan told NBC News that House Majority Leader Steny Hoyer, D-Md., sent a notice to members “that we’re going to wait for a bill to come from the Senate.”