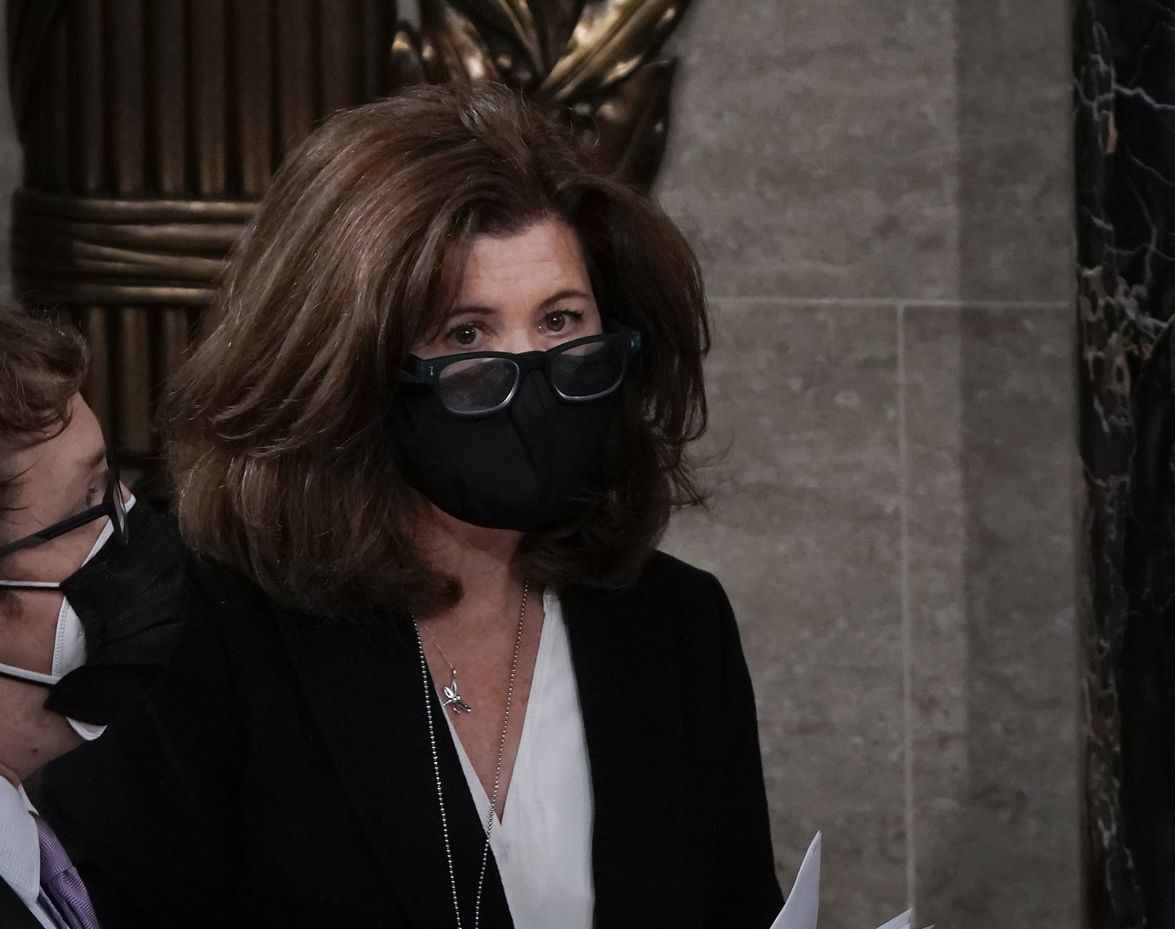 Senate Parliamentarian Elizabeth MacDonough shot down Democrats’ plans to add an amnesty for as many as 8 million illegal immigrants to the $3.5 trillion budget bill, ruling Sunday that the sweeping move would violate the chamber’s rules. Democratic leaders pronounced themselves disappointed but insisted they’ll try to find other ways to work toward legal status…

Senate Parliamentarian Elizabeth MacDonough shot down Democrats’ plans to add an amnesty for as many as 8 million illegal immigrants to the $3.5 trillion budget bill, ruling Sunday that the sweeping move would violate the chamber’s rules.

“Senate Democrats have prepared an alternative proposal for the Parliamentarian’s consideration in the coming days,” said Sens. Alex Padilla and Richard Durbin are the top Democrats in the Judiciary Committee on immigration issues.

Democrats hoped to use budget reconciliation to achieve amnesty, without the need to overcome a GOP-led filibuster. It was going to be difficult, as it required all 50 members on the Democratic Caucus and the tie-breaking vote by Vice President Kamala Harris.

Ms. MacDonough’s ruling could mean they won’t get the chance.

As a parliamentarian, she acts as the gatekeeper to the rules of the chamber and is empowered under the budget process to determine whether policies in the budget bill actually focus on the budget or are merely incidental.

Democrats claimed that an amnesty would have hundreds of billions in government revenue and benefits over the next decades. This meant that it should be considered a budget measure. Republicans claimed that these effects were ancillary and stated that the plans would increase deficits in the future, which is also against budget rules.

Republicans applauded Ms. MacDonough’s ruling, saying that it gives the Senate an opportunity to try a bipartisan overhaul of immigration. This would include border security reforms and legalizing illegal immigrants.

” Having worked on numerous comprehensive immigration reform bills and I believe that using reconciliation to provide legal status for illegal immigrants would be disastrous,” stated Sen. Lindsey Graham (South Carolina Republican). “It would have caused an increased run at the border – above the chaos we have today

The House, which does not have a similar rule regarding budget issues, had already taken first steps towards approving the amnesty. It has a multi-tiered approach to legal status and citizenship for those who are eligible.

The House Judiciary Committee approved the bill last week. This was despite GOP criticisms that the bill lacked border security and enforcement provisions at a time of unprecedented illegal immigration.

This process is only beginning,” Angelica Salas (executive director, Coalition for Humane Immigrant Rights) said. The parliamentarian chose the first option, but other options were prepared and are now available. We urge Democrats to use every tool at their disposal to prevail in order to deliver citizenship to our communities

Should MacDonough remain a problem, Democrats have several options. They can try to overturn her decision in an partisan vote or fire her to make room for someone more compatible to their plans. Republicans did it 20 years ago Democrats have two options. They could try to overturn her decision in a partisan vote or fire her and work with Republicans on bipartisan legislation that would clear the filibuster threshold.

Senate Minority Leader Mitch McConnell, Kentucky Republican, said Sunday that’s what the chamber should have been doing all along.

Tonight’s ruling confirms this principle. He said that Democrats would not be able put their most radical amnesty plans into the reckless spending and taxing spree they are creating behind closed doors.

The amnesty is one of the many parts of the bill that aims to increase government health care and welfare programs and reduce greenhouse gas emissions. It also retools the economy for a better future. Most of the bill’s cost will be covered by unprecedented tax increases.

Analysts declared that the bill was a critical test for President Biden. They said his domestic agenda and possibly his legacy are at risk.