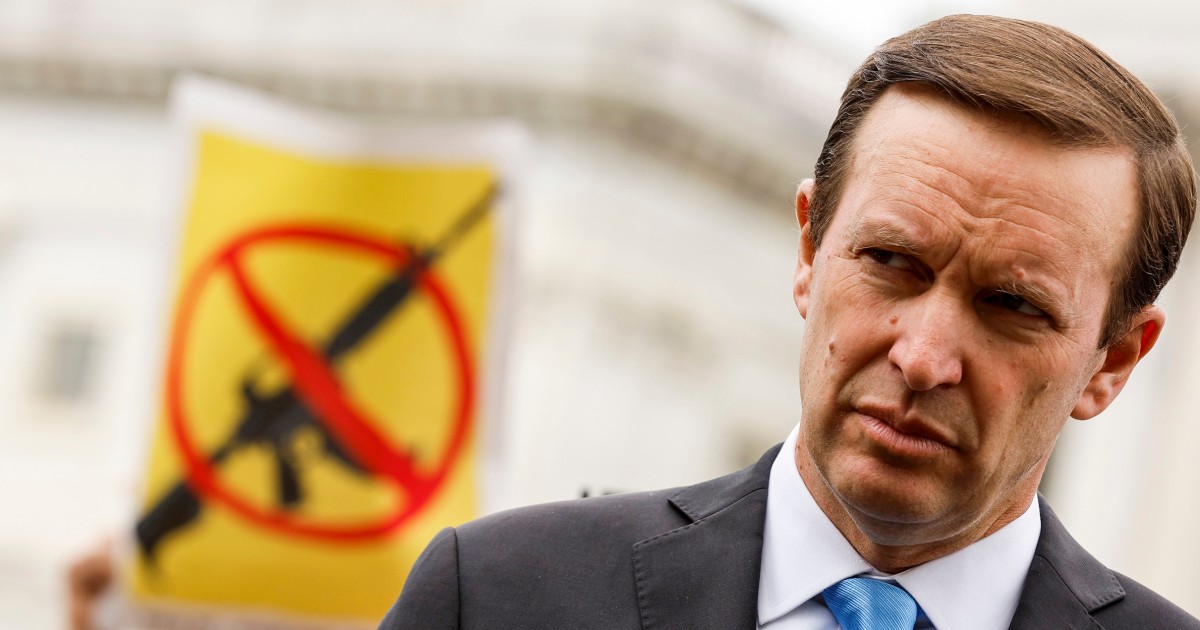 WASHINGTON — Democratic and Republican negotiators on Capitol Hill have formed the outlines of gun legislation that would serve as a response to last week’s mass shooting at a Texas elementary school, which killed 19 students and two teachers, a source said.Senate negotiators met virtually for a second day Wednesday as they tried to hammer…

WASHINGTON — Democratic and Republican negotiators on Capitol Hill have formed the outlines of gun legislation that would serve as a response to last week’s mass shooting at a Texas elementary school, which killed 19 students and two teachers, a source said.

Senate negotiators met virtually for a second day Wednesday as they tried to hammer out a measure in the wake of the massacre at Robb Elementary School in Uvalde.

“There is a framework for a bill,” said a source close to the talks.

The bipartisan group of nine senators, who met in person at the Capitol shortly after the May 24 massacre, held a Zoom meeting Wednesday afternoon to discuss any progress that may have been made during the Memorial Day recess.

The senators are: Democrats Chris Murphy and Richard Blumenthal of Connecticut, Kyrsten Sinema of Arizona, Joe Manchin of West Virginia and Martin Heinrich of New Mexico and Republicans Pat Toomey of Pennsylvania, Susan Collins of Maine, Lindsey Graham of South Carolina and Bill Cassidy of Louisiana.

“There is growing momentum to get something done and we agreed on a plan to keep working,” Murphy tweeted after the meeting.

In a separate statement, Collins said, “We are making rapid progress toward a common sense package that could garner support from both Republicans and Democrats.”

A spokesperson for Murphy said all nine members of the group participated in the hourlong meeting.

Over the Memorial Day weekend, senators broke off into smaller working groups to tackle various pieces of the framework.

Another small group is focusing on expanding background checks, while a third is looking at incentives for states to pass so-called red flag laws, which allow authorities to confiscate firearms from people deemed to be threats to themselves or to others.

Senate negotiators are not leaving out anything they think could get done, the source close to the talks said. The group is being “reasonable and focusing on what can both pass and save lives,” the source said.

Blumenthal said Wednesday he is working with Graham on the red flag provision and teaming up with other colleagues on language focused on the safe storage of firearms.

“While I remain clear-eyed about past failures on this issue, today’s conversation was productive and encouraging,” Blumenthal said in a statement after the meeting. “We are all speaking multiple times a day. There is still significant work to do and hurdles to overcome.

“I look forward to continuing these conversations and moving these negotiations forward.”

A smaller virtual gathering Tuesday included Murphy and Sinema, as well as two other Republicans, Sens. Thom Tillis of North Carolina and John Cornyn of Texas. Cornyn said Tuesday’s meeting was a “very constructive conversation about the best response to the horrific events in Uvalde last week.”

Inside the 50-member GOP conference, Cornyn, who is well-liked, is seen as the liaison to party leadership, particularly Senate Minority Leader Mitch McConnell, R-Ky. Regardless of what the larger group comes up with, Cornyn’s signoff will most likely be necessary to win McConnell’s support for any deal, said a GOP aide with knowledge of the dynamics.

And if past is precedent, McConnell’s stamp of approval will probably be needed to secure enough Republican support to defeat a filibuster — the 60-vote threshold to move most legislation through the Senate — and make a law.

Cornyn also has a history of working directly with Murphy. They helped craft the Fix NICS Act, which was designed to improve reporting into the background check system and was signed into law by former President Donald Trump.

The bipartisan negotiators have been briefing their respective leaders — McConnell and Senate Majority Leader Chuck Schumer, D-N.Y. — who have both encouraged the talks.

“We have a Second Amendment to the Constitution. We take it seriously. There is a right to keep and bear arms in this country. And so what I’ve done is encourage some bipartisan discussions that are going on,” McConnell said Wednesday at an event in Kentucky.

He added that he had just spoken by phone with one of the group’s members “to see if we can find a way forward consistent with the Second Amendment that targets the problem” and that “there are two broad categories that underscore the problem: mental illness and school safety.”

President Joe Biden, who has not gotten involved in the bipartisan talks yet, has called for a ban on so-called assault rifles and high-capacity magazines — which negotiators say is not on the table because it would run into a GOP filibuster.

“It’s hard to find the path to 60 votes in the Senate for a ban on assault weapons,” Murphy said this week.

On the other side of the Capitol, the Democratic-led House Judiciary Committee is scheduled to hold an emergency session Thursday to mark up a gun legislation package.

Speaker Nancy Pelosi, D-Calif., said Wednesday for the first time since the Uvalde shooting that the House would move forward with an assault weapons ban alongside its package of gun bills.

“And then, as we get through those, we will be having a hearing and marking up the assault weapon ban, following all of that,” Pelosi said at an anti-gun violence event in San Francisco.

She did not specify dates for the hearing or the markup. Neither did she vow a floor vote on the measure. Pelosi added that she wants to see action in the Senate.

“Of course we want the Senate to pass the background check legislation, which will save more lives than any of the initiatives we already have,” Pelosi said.

Despite the modest policies being discussed in the Senate, John Feinblatt, the president of the pro-reform group Everytown for Gun Safety, said he is encouraged by the discussions.

“From everything we’re hearing, Senators on both sides of the aisle are negotiating in good faith, which is a very positive sign,” Feinblatt said in a statement to NBC News. “Now they need to move quickly and remember that the American people just want to go to the grocery store, send their kids to school, go to church, and walk the streets of their city without getting shot down. If the Senate can’t meet that basic need, this country is in deep trouble.”

Sen. Kevin Cramer, R-N.D., who is not part of the talks, said he is unlikely to support a possible deal if it includes background checks and red flag law provisions. But he said he does think the group could strike a deal on a gun-reform package.

“They may if Democrats don’t over-demand,” Cramer said Wednesday. “If they simply want left-wing talking points, no. If they actually want to accomplish something to make students safer, yes.”