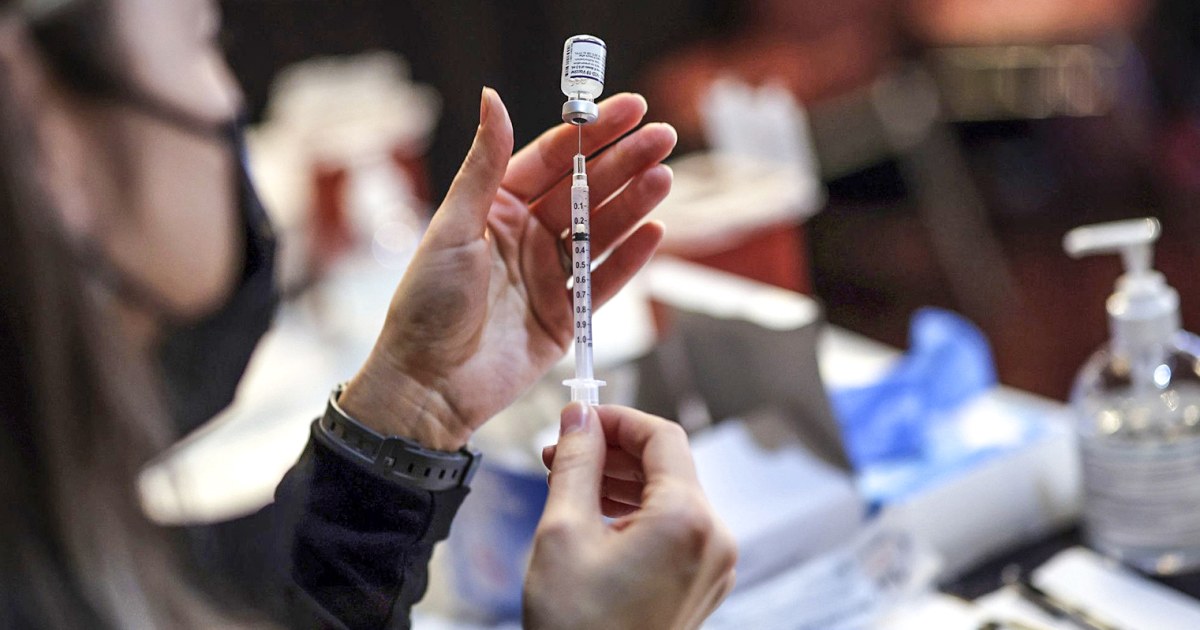 WASHINGTON — Key Senate leaders struck an agreement Monday on bipartisan legislation to provide $10 billion in Covid response funding that no longer includes money for overseas efforts to fight the virus.In the agreement, announced by Senate Majority Leader Chuck Schumer, D-N.Y., and Sen. Mitt Romney, R-Utah, $5 billion would be designated for therapeutics, with…

WASHINGTON — Key Senate leaders struck an agreement Monday on bipartisan legislation to provide $10 billion in Covid response funding that no longer includes money for overseas efforts to fight the virus.

In the agreement, announced by Senate Majority Leader Chuck Schumer, D-N.Y., and Sen. Mitt Romney, R-Utah, $5 billion would be designated for therapeutics, with the rest going toward vaccines, including booster shots, and testing capacity.

The deal covers most of the White House’s request with one major exception: funds for global efforts to combat the coronavirus pandemic. It comes after previous efforts by Congress failed amid disagreements over how to structure and finance the legislation.

“Importantly, this bill is comprised of dollar-for-dollar offsets and will not cost the American people a single additional dollar,” Romney said in a statement. “While this agreement does not include funding for the U.S. global vaccination program, I am willing to explore a fiscally-responsible solution to support global efforts in the weeks ahead.”

The legislation would be financed by repurposing unspent Covid money from previous aid packages, including the $2 trillion CARES Act of 2020 and $1.9 trillion American Rescue Plan of 2021.

Senate leaders hope to pass the legislation this week before a planned two-week recess. They’ll have to juggle that goal with a likely Supreme Court confirmation vote of Ketanji Brown Jackson, which is also expected this week. The Covid aid bill would still need to be passed by the House before being sent to President Joe Biden’s desk.

“This $10 billion COVID package will give the federal government — and our citizens — the tools we need to continue our economic recovery, keep schools open and keep American families safe,” Schumer said. “But while this emergency injection of additional funding is absolutely necessary, it is well short of what is truly needed to keep us safe from the COVID-19 virus over the long-term.”

He said he was “disappointed that our Republican colleagues could not agree to include the $5 billion in global health funding” and will work to authorize that in “separate legislation.”

The White House initially requested $22.5 billion for Covid aid as part of a $1.5 trillion government spending bill that was passed last month. The coronavirus funding was stripped out to ensure the overall legislation, which included emergency aid to Ukraine, got enough Republican votes to get across the finish line.

“Every dollar we requested is essential and we will continue to work with Congress to get all of the funding we need,” White House press secretary Jen Psaki said in a statement Monday after the bipartisan deal was announced. “But time is of the essence. We urge Congress to move promptly on this $10 billion package because it can begin to fund the most immediate needs, as we currently run the risk of not having some critical tools like treatments and tests starting in May and June.”