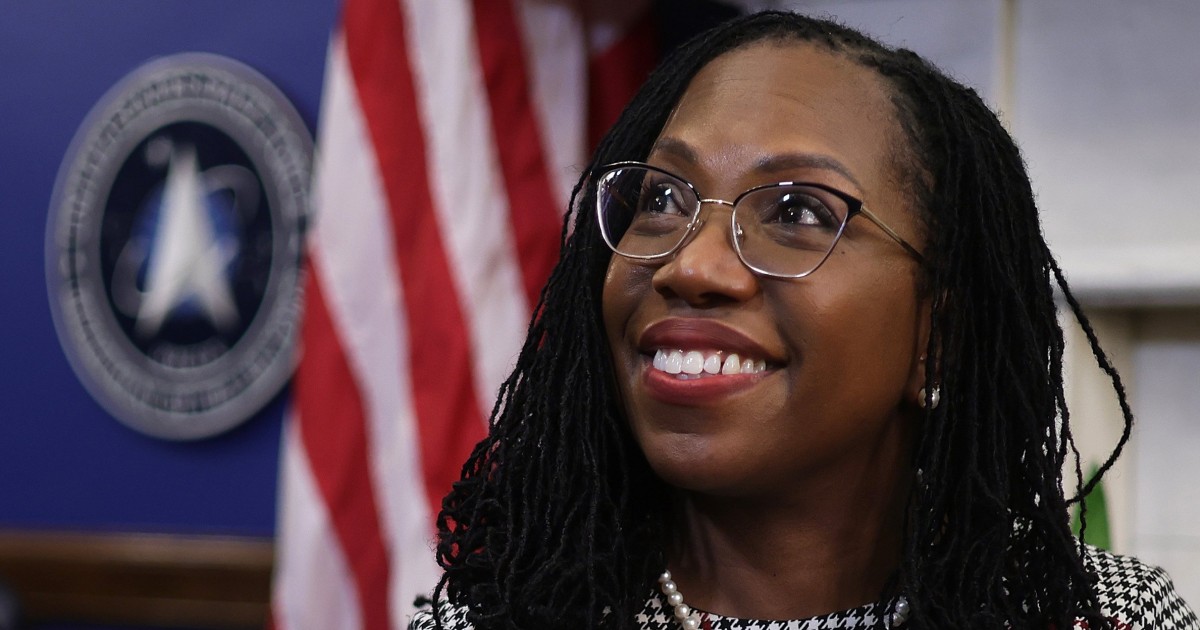 WASHINGTON — The Senate paved the way for a final confirmation vote on Supreme Court nominee Ketanji Brown Jackson after the Judiciary Committee deadlocked on advancing her nomination Monday.The 53-47 vote included support from all 50 Democratic-voting senators and Republican Sens. Susan Collins of Maine, Lisa Murkowski of Alaska and Mitt Romney of Utah. Murkowski…

WASHINGTON — The Senate paved the way for a final confirmation vote on Supreme Court nominee Ketanji Brown Jackson after the Judiciary Committee deadlocked on advancing her nomination Monday.

The 53-47 vote included support from all 50 Democratic-voting senators and Republican Sens. Susan Collins of Maine, Lisa Murkowski of Alaska and Mitt Romney of Utah. Murkowski and Romney announced their support for Jackson, a judge on the U.S. Circuit Court of Appeals for Washington, D.C., as the procedural vote was taking place.

“My support rests on Judge Jackson’s qualifications, which no one questions; her demonstrated judicial independence; her demeanor and temperament; and the important perspective she would bring to the court as a replacement for Justice [Stephen] Breyer,” Murkowski said. “She will bring to the Supreme Court a range of experience from the courtroom that few can match given her background in litigation.”

In a statement published on Twitter, Romney said Jackson is a “well-qualified jurist and a person of honor” who “more than meets the standard of excellence and integrity.”

Monday night’s vote means Jackson is all but guaranteed to be confirmed to a lifetime appointment as the first Black woman on the Supreme Court. The outcome reflects what is likely to be the final tally for her confirmation vote, which is expected later in the week.

Earlier Monday, the Judiciary Committee deadlocked on a party-line vote of 11-11, forcing the extra procedural step on the Senate floor.

“Judge Jackson ultimately has enough support to get confirmed on a bipartisan basis. And the Senate is going to keep working until this nomination is complete,” Schumer said. “This is a joyous and history-making moment for the Senate.”

The Judiciary Committee vote was delayed for several hours Monday after a flight carrying Sen. Alex Padilla, D-Calif., was sent back to Los Angeles. He took a different flight to Washington and arrived later for the vote.

“She stayed calm and collected. She showed dignity, grace and poise,” Durbin said before the committee vote, praising Jackson as “extremely well qualified with a brilliant legal mind, with the utmost character and integrity.”

Most Republicans said they could not support Jackson because of her judicial philosophy. Some also criticized her sentencing record in child exploitation cases.

“A historic step was taken today. As the Supreme Court is slated to consider cases that will impact everything from climate change to voting and reproductive rights, representation is of utmost importance,” NAACP General Counsel Janette McCarthy Wallace said in a statement. “Ketanji Brown Jackson is highly qualified to serve on the Supreme Court and her voice is more important now than ever.”