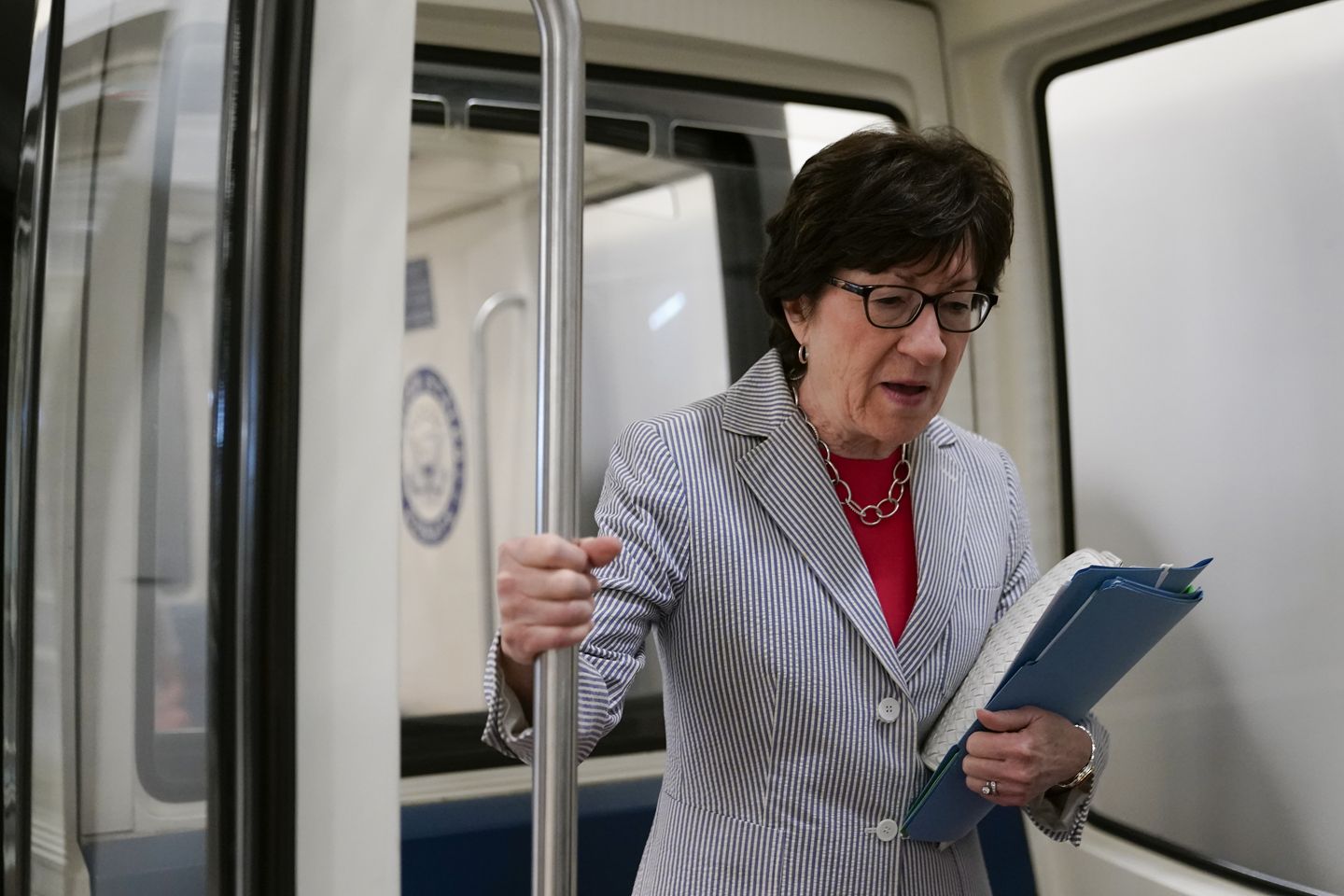 A bipartisan group of senators urged a rewrite Wednesday of the 19th-century law that outlines the procedures for counting electoral votes in presidential elections, in hopes of preventing another event like the Jan. 6, 2021, Capitol riot. The proposed revisions to the Electoral Count Act, which initially passed in 1887, would be the first time…

A bipartisan group of senators urged a rewrite Wednesday of the 19th-century law that outlines the procedures for counting electoral votes in presidential elections, in hopes of preventing another event like the Jan. 6, 2021, Capitol riot.

The proposed revisions to the Electoral Count Act, which initially passed in 1887, would be the first time in more than a century that Congress has updated the law. Lawmakers have negotiated for months to clarify how electoral votes should be counted.

One of the revisions would make clear that the vice president, who presides over the counting, doesn’t have the authority to object to certification of electoral votes. Then-President Donald Trump tried to pressure Vice President Mike Pence in January 2021 to reject electoral votes for President Biden from contested swing states.

“We have before us a historic opportunity to modernize and strengthen our system of certifying and counting the electoral votes for president and vice president,” said Sen. Susan Collins, Maine Republican. “Nothing is more essential to the survival of a democracy than the orderly transfer of power, and there is nothing more essential to the orderly transfer of power than clear rules for effecting it.”

Mr. Manchin said the events of Jan. 6 prove the urgency of reforming the law and ensuring that future elections aren’t impaired.

“We were all there on Jan. 6. That happened. That was for real,” Mr. Manchin said. “It was not a visit by friends from back home and we have a duly responsibility to make sure it never happens again. So, [this bill] is something our country desperately needs and the correction needs to happen now.”

The bill takes direct aim at several of Mr. Trump’s ploys to overturn the 2020 presidential election in his favor, including pressuring Mr. Pence to object to the certification of votes and to promote alternate slates of electors from battleground states won by Mr. Biden.

The updated law would clarify the vice president’s role in certifying the electoral count as being strictly ceremonial, would leave each state’s governor in charge of submitting electoral certificates to reduce any risk of having competing electors, and would raise the threshold of lawmakers needed to object to electoral results.

“It will help eliminate frivolous objections and keep it to more serious concerns,” Ms. Collins said.

Currently, just one lawmaker in the House and Senate can object to electors submitted by the states. Under the revised law, 20% of lawmakers would be needed to challenge the results.

The bill would need 60 votes to break a filibuster and pass the Senate. So far, the legislation has garnered the support of nine Republicans. Senate GOP Leader Mitch McConnell of Kentucky said he was open to updating the 135-year-old law.

But the bill has not impressed everyone, including Democrats who say the measure doesn’t go far enough to ensure election security.

Members of the House Jan. 6 committee have also downplayed the effectiveness of the bill, while contemplating issuing their own version to update the law.

“I don’t want to be overly critical, but I think there are some elements of what we’ve worked through that might be superior,” Rep. Zoe Lofgren, California Democrat, told Politico.

Mr. Trump also rebuked the bill, reiterating his belief that the vice president has the authority to object to the certification of a presidential election.

“Senators are meeting right now on reforming the Electoral Count Act, so that a vice president can no longer do what EVERYBODY, except for certain conservative legal scholars, said was not allowed to be done. So, they all lied. The VP could have sent fraudulent votes back to State Legislatures!” Mr. Trump said in a statement.

The debate on the bill also came as several election workers testified before the Senate Judiciary Committee over the uptick in threats they’ve faced in the wake of the 2020 election.

Jocelyn Benson, Michigan’s Secretary of State, said she did not think the bill is going far enough to address the threats to election procedures and those involved.

Ms. Benson, a Democrat, said she wants to see harsher penalties imposed on those who threaten or harm election workers and enhanced protections to shield their personal information, in a similar manner to federal judges.

“I’m grateful that a group of your colleagues have reached bipartisan agreements to reforms to the Electoral Count Act, but that is not enough,” Ms. Benson said. “The bottom line is we need you to act, because many states, like Michigan, are failing to act.”

Ms. Collins said she hopes to see the bill go to a committee markup, and then to be taken up either in September or in the lame-duck session after the midterms.