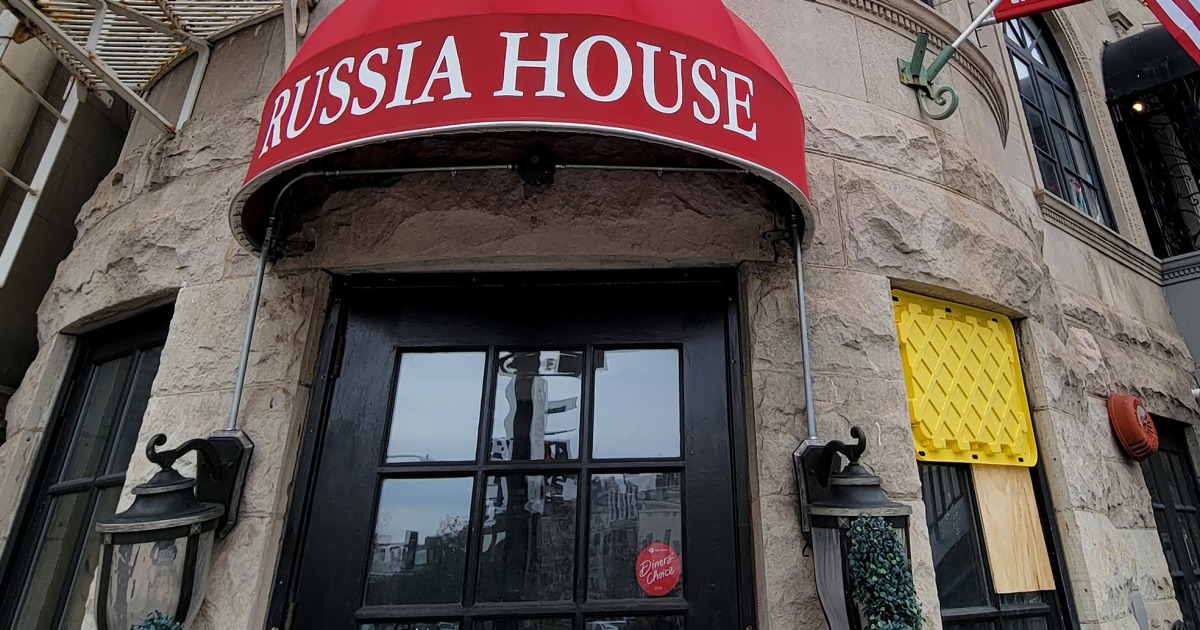 Russian restaurants across the U.S. have been vandalized and some owners have received bomb threats as part of the domestic fallout from Russia's escalating war in Ukraine.Ike Gazaryan, owner of the Pushkin restaurant in downtown San Diego, said in a phone interview that people have twice threatened to blow it up and that the threats…

Russian restaurants across the U.S. have been vandalized and some owners have received bomb threats as part of the domestic fallout from Russia’s escalating war in Ukraine.

Ike Gazaryan, owner of the Pushkin restaurant in downtown San Diego, said in a phone interview that people have twice threatened to blow it up and that the threats started shortly after the invasion began.

“At first I thought it was just isolated incidents,” he said. “But I’ve had about 20 calls and people leaving messages on our doorstep.”

His family has been called “disgusting Russian pigs,” he said.

“People are just ignorant,” Gazaryan, who is Armenian and lived in Russia for four years, said. The restaurateur has lived in the U.S. for 24 years and said he supports Ukraine in the war effort.

“We’re on the same side,” Gazaryan said.

In Washington, D.C., the Russia House restaurant was twice targeted by vandals in the days after the invasion, resulting in broken windows and spray-painted “anti-Russian” writings, NBC affiliate WRC-TV reported.

Russian restaurants and owners from California to New York are being viewed as culprits because of the war, said Victoria Pardini, a program associate at the Kennan Institute at the Wilson Center, a nonprofit policy research organization.

Hundreds of civilians have died and more than 2 million people have fled to neighboring countries as Russia’s unprovoked attack on Ukraine nears its third week.

“I think it’s easy to group all Russians as being supportive of the Kremlin and Vladimir Putin’s policies, and that’s just not the case,” Pardini said.

She said many of the vandalized restaurants are operated by Russian and Ukrainian immigrants who have lived in the United States for a long time and have nothing to do with the war.

“It’s really a misdirection of the frustration and confusion over what’s happening in Ukraine,” Pardini said.

Valentin Tsalko, 28, also strikes up the recent attacks at his Texas restaurant to a lack of knowledge.

“Everyone is really misinformed,” said Tsalko, who owns Taste of Europe in Arlington. “That’s exactly why.”

The restaurant, which serves cuisines from a variety of Eastern European nations, has received a rash of vandalism threats, an onslaught of calls to close and bad reviews online, all of which led the owner to remove the word “Russian” from a part of its sign.

In New York, the famed Russian Tea Room posted on its website that it stands in solidarity with Ukraine.

“The Tea Room renounces Russia’s unprovoked acts of war in the strongest possible terms,” the restaurant, which did not respond to a request for comment, said. “For 95 years, the NY institution’s history has been deeply rooted in speaking against communist dictatorship and for democracy. … we stand against Putin and with the people of Ukraine.

Deon J. Hampton is a national reporter for NBC News, based in Cincinnati.