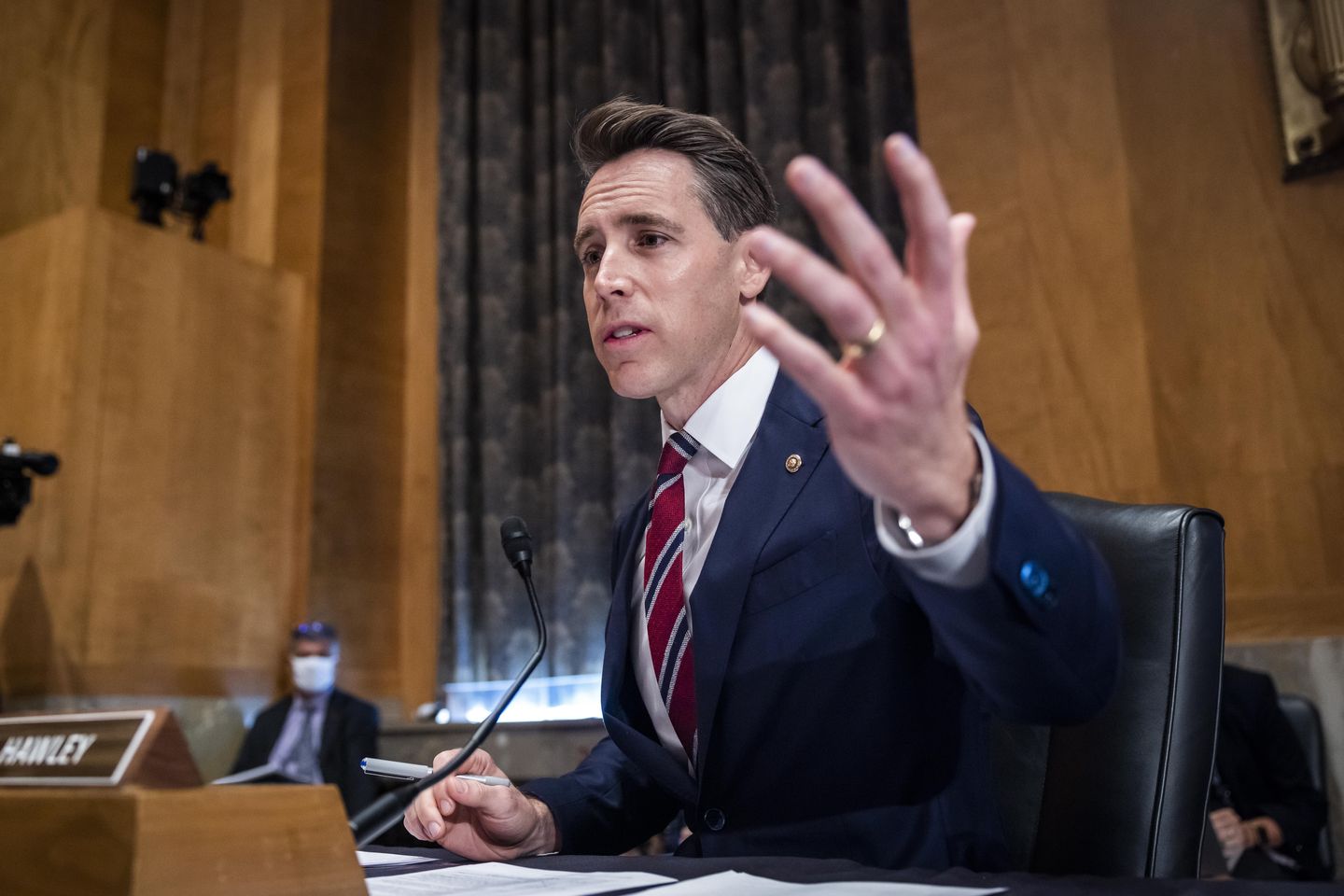 The leaking of a Supreme Court draft opinion that would overturn the Roe v. Wade ruling on abortion prompted outrage Monday night including accusations by Republican senators of a liberal-left effort to intimidate the justices into changing their ruling. Legal scholars also were calling within hours of the Monday night report in Politico for Chief…

The leaking of a Supreme Court draft opinion that would overturn the Roe v. Wade ruling on abortion prompted outrage Monday night including accusations by Republican senators of a liberal-left effort to intimidate the justices into changing their ruling.

Legal scholars also were calling within hours of the Monday night report in Politico for Chief Justice John G. Roberts Jr. to find and punish the person who ended in the unprecedented leak.

Josh Blackman, a constitutional law professor at the South Texas College of Law Houston, said Chief Justice Roberts “has an absolute obligation to conduct a thorough and transparent investigation.”

“And at the end of that investigation, Roberts must publicly identify the persons who are responsible for this leak — that includes Justices and clerks,” Mr. Blackman wrote on Reason.com.

Mike Davis, a former law clerk to Justice Neil M. Gorsuch, tweeted that “this leak of a pending case puts the lives of justices in danger.”

The draft opinion, Politico reported, includes a notation indicating it was distributed on Feb. 10. According to Politico, “no draft decision in the modern history of the court has been disclosed publicly while a case was still pending.”

The Politico report said that Justice Samuel A. Alito Jr. had written in a first draft of the “Opinion of the Court” that the 1973 Roe case, which made abortion a federal constitutional right, “was egregiously wrong from the start” and “must be overruled.”

“The left continues its assault on the Supreme Court with an unprecedented breach of confidentiality, clearly meant to intimidate,” tweeted Sen. Josh Hawley, Missouri Republican. “The Justices mustn’t give in to this attempt to corrupt the process. Stay strong.”

Sen. Marco Rubio, Florida Republican, said on Twitter, “The next time you hear the far left preaching about how they are fighting to preserve our Republic’s institutions & norms remember how they leaked a Supreme Court opinion in an attempt to intimidate the justices on abortion.”

Indeed, some liberals were applauding the leak.

Brian Fallon, executive director of the liberal activist group Demand Justice and former campaign aide to Hillary Clinton, said of the report: “Is a brave [law] clerk taking this unprecedented step of leaking a draft opinion to warn the country what’s coming in a last-ditch Hail Mary attempt to see if the public response might cause the Court to reconsider?”

But Mr. Blackman said the violation of court secrecy should become both a criminal matter and possibly even affect the court’s membership.

“Heads must roll. Clerks cannot fall on their swords to save their bosses. Anyone implicated … should be referred to the Department of Justice for potential criminal activity, including theft of government property. And now there may actually be a need for impeachment proceedings. If Roberts cannot resolve this situation, he must resign,” the law professor said.

Rep. Mike Johnson, Louisiana Republican, said of the leak that while “all of us are scrambling to discern the facts” if genuine, the leak is “not only unprecedented, but also a shameless attempt to pressure justices into reversing their correct position that individual states can outlaw killing unborn babies.”

Rep. Billy Long, Missouri Republican, wrote on Twitter, “The whackadoodles will stop at nothing to change the form, function and control of the Constitution and the United States. Wonder if they’ll rebuild the Supreme Court where it is or move it to a secure undisclosed location after they burn it down? Asking for a friend.”

Other legal commentators said the Supreme Court should respond by issuing its opinion right now, instead of waiting until the end of the term in June, as had been expected and would be customary in especially contentious cases.

“If this story is true, the Court should issue its opinion right away. Otherwise the disgraceful leak wins. I would say that if my side lost. If we lose the integrity of the Court’s process, we lose the Court. That should be intolerable to all of us who live [in] the country,” former federal prosecutor Andrew McCarthy tweeted.

“The Court must issue its decision immediately,” he wrote.

• Victor Morton contributed to this report.