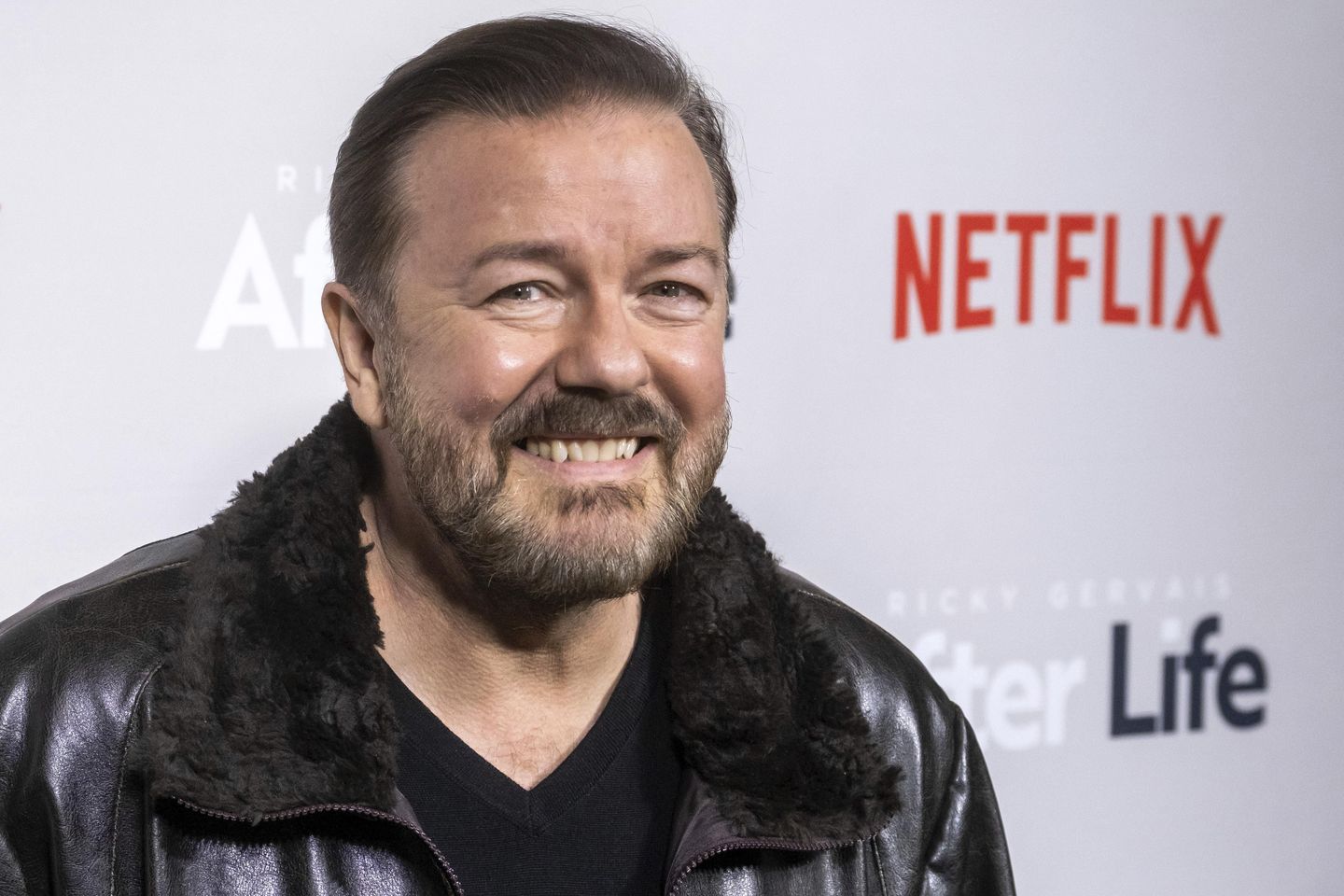 In “SuperNature,” released Tuesday on the streaming service, Gervais jokes about “old-fashioned women. They’re the ones with wombs.”

He then imagines a conversation with such a woman who objects to sharing a restroom with a trans woman. “They are ladies, look at their pronouns. What about this person isn’t a lady?” Gervais said, supplying the response: “Well, his penis.”

In the hourlong special, Gervais defended his remarks as equal-opportunity humor and not a reflection of his views on trans or other rights. But transgender and LGBTQ defenders fired back, with GLAAD asserting that the special violates a Netflix policy against content designed to incite hate or violence.

“We watched the Ricky Gervais ‘comedy’ special on Netflix so you don’t have to,” the media watchdog group said. “It’s full of graphic, dangerous, anti-trans rants masquerading as jokes,” along with anti-gay rhetoric and inaccurate statements on HIV.

”The LGBTQ community and our allies have made it very clear that so-called comedians who spew hate in place of humor, and the media companies who give them a platform, will be held accountable,” GLAAD said in a statement.

Alexis Rangel, policy counsel with the National Center for Transgender Equality, said that jokes based on “dehumanizing myths about transgender people” disregard how such falsehoods fuel hatred and anti-trans violence, especially for trans youngsters.

She cited a 2015 organization survey that found 54% of those in kindergarten through 12th grade who were out or perceived as transgender were verbally harassed, 24% were physically attacked and 13% were sexually assaulted.

Such unfunny attempts at humor “give people permission to discriminate, harass and even commit violence,” Rangel said in a statement.

Netflix and a representative for Gervais didn’t immediately respond to requests for comment.

Last year, Chappelle and Netflix created a furor when his stand-up special, “The Closer,” was accused of anti-trans humor by gay rights groups and some Netflix employees. Ted Sarandos, the streaming giant’s CEO, declined to remove the special, citing creative freedom, and Netflix and Chappelle remain in business together.

In an Instagram video last October, Chappelle blamed the media for framing the dispute as him versus the LGBTQ community, and said the controversy was “about corporate interest and what I can say and what I cannot say.”

Gervais is familiar to audiences as a repeat host of the Golden Globes. He’s an Emmy-winner for his role in the comedy “Extras” and as a producer of “The Office,” based on the original British series of the same name that he co-created.

His trans mockery comes early in the “SuperNature” special, in which he also targets Asians and the Holocaust, among others. At a later point, he defends his approach by dismissing the idea that “a joke is a window into a comedian’s true soul.”

“Live your best life. use your preferred pronouns, be the gender that you feel that you are,” Gervais said – then added another trans-directed punchline.