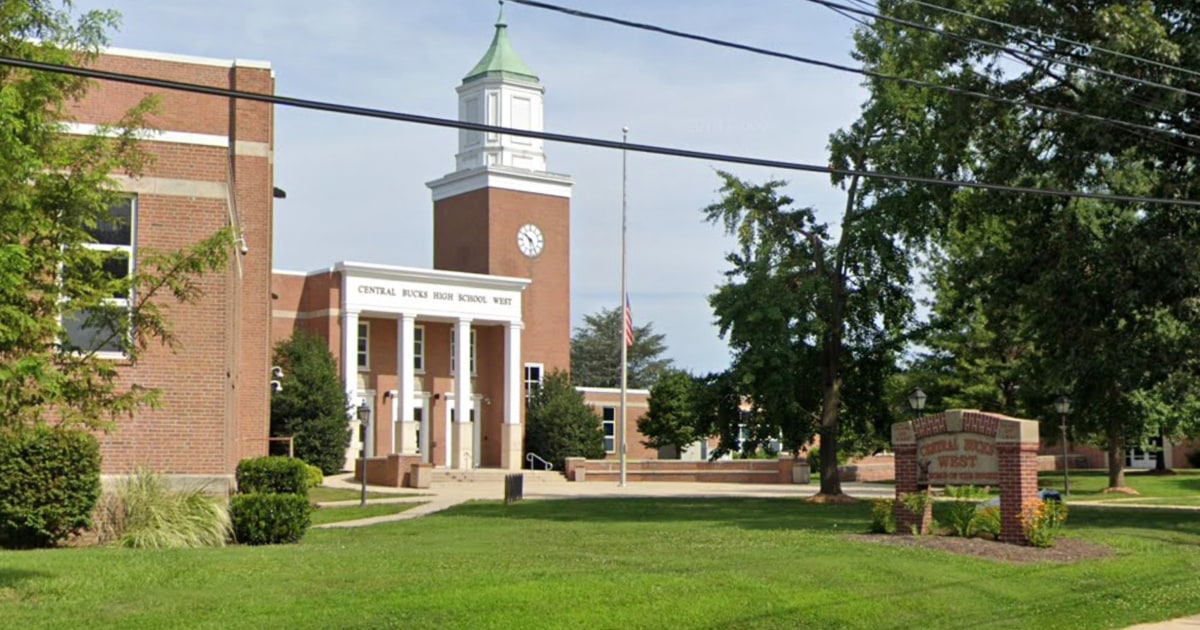 A retired Pennsylvania choir teacher is charged with two counts of indecent assault on minors after new allegations were made following a public announcement of charges last month.Joseph Ohrt, former choir teacher at Central Bucks West High School in Doylestown, about 35 miles north of Philadelphia, was charged in February after allegedly recording a former…

A retired Pennsylvania choir teacher is charged with two counts of indecent assault on minors after new allegations were made following a public announcement of charges last month.

Joseph Ohrt, former choir teacher at Central Bucks West High School in Doylestown, about 35 miles north of Philadelphia, was charged in February after allegedly recording a former student changing clothes without his consent.

Two adult men came forward with allegations of inappropriate contact with Ohrt while they were minors in the 1990s following the announcement of charges last month, the Bucks County District Attorney’s Office announced Tuesday.

Ohrt’s attorney did not immediately respond to a request for comment from NBC News.

One man said he was a student of Ohrt’s in 1991 at Linden Elementary School when he was about 11 years old, according to a criminal complaint this month. The man, referred to as G.G., recalled an incident in which Ohrt allegedly escorted him to the music room after the end of the school day, touching him inappropriately and offering to teach him piano, the complaint said.

Ohrt sat G.G. in his lap on the piano bench and initially guided his hands on the piano keys, according to the complaint.

“During this interaction, Ohrt touched G.G.’s penis over his clothing with two thumbs,” the complaint said. “Ohrt then put his hand down the pants and underwear of G.G., and Ohrt touched his penis.”

The elementary school’s principal and guidance counselor were alerted and Ohrt moved on to teach at the high school, the complaint said. Years later when G.G. attended the Central Bucks West High School, he would see Ohrt, who would “sometimes call him a rat,” according to the complaint.

The Central Bucks School District, which includes the Linden Elementary School and Central Bucks West High School, did not immediately respond to a request for comment.

A second man, referred to as H.H., said he knew Ohrt for years and that he “was active in all the choirs that Ohrt was directing at that time,” the complaint said. He recounted a 1996 incident to detectives when he was babysitting for Ohrt and Ohrt’s wife.

“While in the basement H.H. stated that Ohrt came up behind him, put his arms around him, and put his hand down the front of his pants touching an intimate area of H.H.’s body,” the complaint said. “H.H told us he tried to wiggle out of the situation. He said that Ohrt then hugged and kissed him.”

Ohrt was already charged with invasion of privacy and tampering with or fabricating physical evidence in regard to an allegation he secretly recorded another former student.

That man, referred to as A.A., told police last year that he graduated from the high school in 2016 and that he began going to Ohrt’s home during his junior and senior year, a criminal complaint from February said.

During his senior year, A.A. alleged that Ohrt told him he loved him and touched him inappropriately, according to the complaint. The two maintained a friendship after graduation, with A.A. even moving into a room in Ohrt’s home at one point and traveling to a choir convention in Kansas City together, the complaint said.

During the Kansas City trip, A.A. alleged that Ohrt attempted to touch him while he was sleeping, waking him up, the complaint said. The former student denied Ohrt’s sexual advances and told police that he believed a sexual relationship was Ohrt’s “true reasons for befriending him in school,” according to the complaint.

In late October 2021, a month after Bucks County Detectives attempted to speak to Ohrt but left a business card at his home, a young man named went to speak with police, the complaint said.

The man told detectives that he started living in a room in Ohrt’s home in early 2021 and found their card on the door. Ohrt abruptly asked the man to move out during a call on Oct. 26, 2021, without explanation and the next day placed “various items” in the man’s van while he was moving out, the complaint said.

The man handed over all the items to detectives, who “found four hidden camera devices among the items,” the complaint said.

“One device was a ‘smart’ clock cube, and three devices were cell phone block wall chargers,” the complaint said. “The devices are designed to surreptitiously record to SD cards.”

Audio and video found on one of the SD cards included images of A.A.’s genitals as he changed his clothing, according to the complaint. A.A. was “visibly shaken and in distress” when detectives alerted him to the video, which he says he did not consent to or have knowledge of, the complaint said.

The damaged laptop and an external drive were given to an FBI forensic lab, where “numerous pornographic images and videos” were recovered,” the complaint said.

Court records do not indicate that Ohrt has entered a plea in his case on any of his charges and is scheduled for a preliminary hearing on March 21. Ohrt retired from Central Bucks West High School following a leave of absence last year, according to NBC Philadelphia.