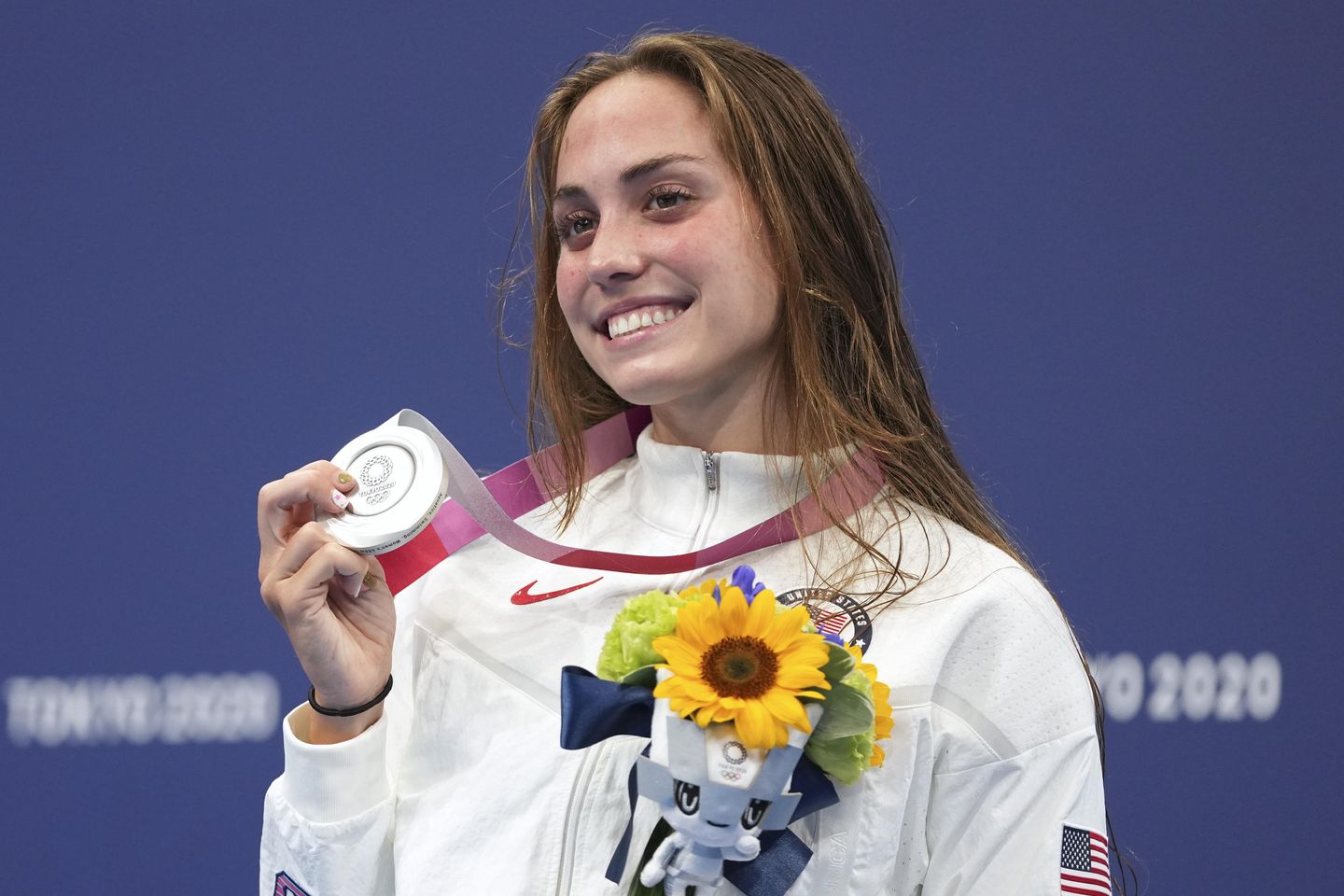 House Republicans introduced Wednesday a resolution to recognize Olympic silver medalist Emma Weyant as the “rightful winner” of a title won earlier this month at the NCAA Division I swimming championships by Lia Thomas. The 20-year-old Weyant, a University of Virginia freshman, placed second in the 500-yard freestyle to Thomas, a male-born University of Pennsylvania…

House Republicans introduced Wednesday a resolution to recognize Olympic silver medalist Emma Weyant as the “rightful winner” of a title won earlier this month at the NCAA Division I swimming championships by Lia Thomas.

The 20-year-old Weyant, a University of Virginia freshman, placed second in the 500-yard freestyle to Thomas, a male-born University of Pennsylvania fifth-year senior who swam for three years on the men’s team before transitioning to female.

“Emma Weyant was the fastest woman competing in the 2022 NCAA Division I Women’s 500-Yard Freestyle, but her first-place win was stolen by a mediocre man who couldn’t cut it in men’s swimming,” said Rep. Lauren Boebert, Colorado Republican, who introduced the measure.

The resolution cosponsored by 21 House Republicans honored Weyant, who won a silver medal in the 2021 Tokyo Olympics in the 400m individual medley, and criticized the NCAA for its rules allowing male-born swimmers to compete in women’s athletics.

“Emma Weyant worked her whole life to compete in the NCAA women’s swimming championships — only to be beaten by a biological male,” said Rep. Vicky Hartzler, Missouri Republican. “This is a travesty for women’s sports and sets a horrific precedent for our future generations of female athletes.”

Rep. Chip Roy, Texas Republican, said: “Emma won. Everyone gets that. So Congress should say it.”

Thomas broke numerous pool, meet and program records in her first season on the women’s team, culminating in the March 17 victory that made her the first male-born athlete to win an NCAA Division I women’s title.

Rep. Diana Harshbarger, Tennessee Republican, said she was “deeply disappointed that far-left ideology has gone so far as to help a man steal a deserved victory from a woman.”

“The only possible winner of the NCAA Division I Women’s 500-yard Freestyle competition is the woman who finished first, Emma Weyant,” Ms. Harshbarger said. “I am proud to join many of my colleagues to extend a sincere congratulations to such an important female role model.”

Fourteen red states have passed legislation banning male-born athletes from female sports, while Democrats have thrown their support behind the Equality Act, which would ban discrimination based on sexual orientation and gender identity.

“Emma’s victory was unfortunately overshadowed by a biological male who took home first place due to an arbitrary, anti-science definition of gender pushed by the radical Left,” said Rep. Jeff Duncan, South Carolina Republican. “To deny Emma’s win is to ignore the fact that women have two X chromosomes and certain biological distinctions that disqualify biological males like Lia (William) Thomas from being a contender in a women’s swim meet.”

I am proud to stand up for WOMEN in supporting @laurenboebert‘s House Resolution honoring the “runner-up” #EmmaWeyant as the rightful winner of the NCAA’s WOMEN’s 500-yard freestyle swim.

Biological males should NOT be allowed to compete in female sports—stop the madness. https://t.co/ZP8Rrb8kYU

Rep. Andrew Clyde, Georgia Republican, declared that “Emma Weyant was unfairly robbed of her true NCAA title – all because a biological male, Will ‘Lia’ Thomas, placed first in a women’s only race.”

Rep. Louie Gohmert, Texas Republican, said that the “NCAA should correct this injustice and make sure their rules are fair to women like Emma, who are paving the way for the future of female swimmers.”

The 22-year-old Thomas was cleared to join the women’s team after undergoing more than a year of testosterone suppression as required under NCAA rules.

“The left’s refusal to address male participation in female sports is lunacy,” said Rep. Matt Rosendale, Montana Republican. “Female athletes are robbed of life-changing opportunities when their hard work and dedication are derailed by men ‘identifying’ as women.”

The NCAA Division I women’s swimming championships were held March 16-19 at Georgia Tech in Atlanta.