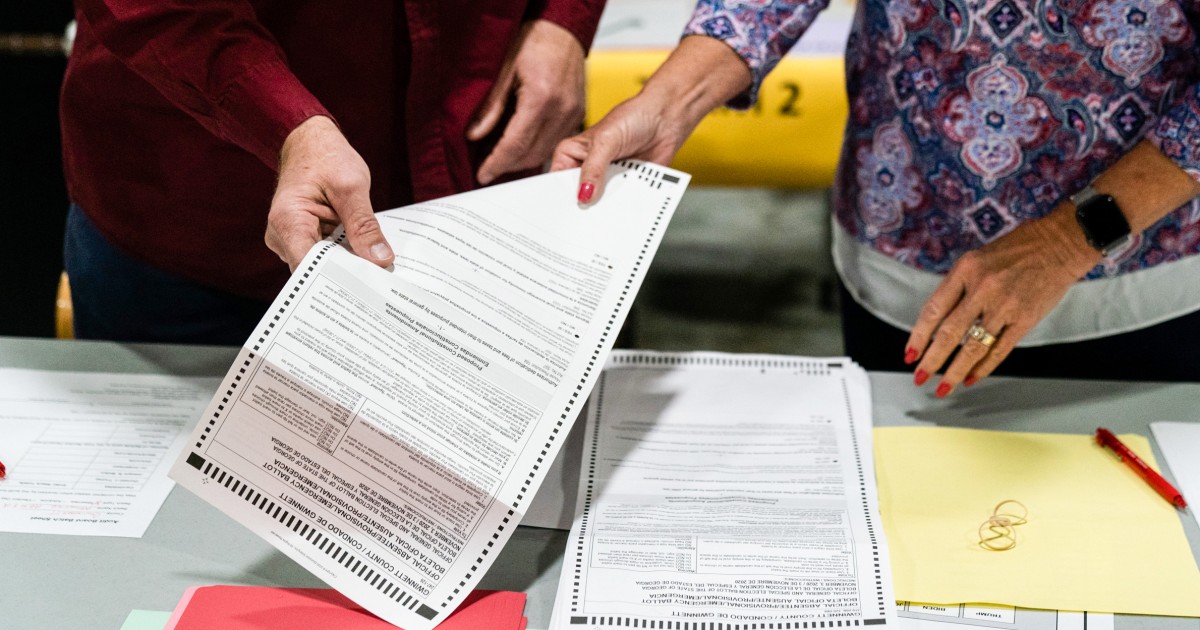 CHICAGO — A resolution going before the Republican National Committee this week would endorse a bipartisan effort in Congress to prevent future attempts to subvert the will of the voters.It also presents a dilemma for a party that former President Donald Trump still largely commands.Sponsored by Bill Palatucci, a New Jersey committee member who believes…

CHICAGO — A resolution going before the Republican National Committee this week would endorse a bipartisan effort in Congress to prevent future attempts to subvert the will of the voters.

It also presents a dilemma for a party that former President Donald Trump still largely commands.

Sponsored by Bill Palatucci, a New Jersey committee member who believes Trump “disqualified” himself from being president again, the resolution calls for revamping the Electoral Count Act, the 19th century law whose ambiguities helped trigger the Jan. 6, 2021, attack on the Capitol that disrupted the transfer of power.

The measure doesn’t mention Trump by name or refer to his efforts to dissuade then-Vice President Mike Pence from certifying Joe Biden’s victory. Nor does it discuss the House Jan. 6 committee hearings’ laying out an interlocking effort by the Trump forces to retain power.

Instead, the resolution urges Congress to reform or replace the Electoral Count Act “to prevent a repeat of the tragedy of January 6, 2021,” and safeguard “important American institutions in the minds of most Americans and our allies around the world.”

Even though the resolution is written in a way that doesn’t explicitly fault Trump, RNC members might still balk at the language pointing to a “campaign of misinformation” that Congress could “overturn the election.”

A major theme of the House Jan. 6 committee’s hearings has been that Trump and his outside advisers misled his supporters into believing that widespread fraud robbed him of victory. Recounts and court cases have failed to turn up evidence of fraud on a scale that would have nullified Biden’s win. But Trump still commands enough loyalty within the RNC — chaired by Ronna McDaniel, whom he chose for the job in 2016 — that it may be loath to validate one of the House panel’s core arguments.

The RNC is holding its summer meeting this week in Chicago. Palatucci said he plans to present the resolution at a panel on Thursday. He previewed the argument he plans to make at the closed-door session.

“I don’t care what you think of Donald Trump. I don’t care what you think of Liz Cheney,” he said, referring to the vice chairwoman of the House Jan. 6 committee. “The peaceful transfer of power is so important to American democracy that we should eliminate the confusion that happened. You can blame whoever you want, but that to me has nothing to do with urging Congress to fix what was obviously a problem last year.”

The Senate Rules Committee held a hearing Wednesday on the Electoral Count Act and changes to election law. A bipartisan group of senators recently introduced bills to overhaul the 1887 law and make it clear that the vice president can’t reject electors. The measures would also raise the threshold for objecting to a state’s electors from one member of the House and the Senate to one-fifth of each chamber.

The aim is to close loopholes in election law and prevent future attempts to overturn an election. The negotiations, led by Sens. Susan Collins, R-Maine, and Joe Manchin, D-W.Va., were backed by Senate leaders of both parties. It’s unclear when the Senate will vote on the bills.

Collins told the Rules Committee that the “process for counting electoral votes has been abused” and that it “took the violent breach of the Capitol on January 6 to really shine a spotlight on how urgent the need for reform was.”

She said the Senate group that crafted the proposals — which includes Republicans like Thom Tillis of North Carolina, Mitt Romney of Utah and Ben Sasse of Nebraska — is “united in our determination to prevent the flaws in this 1887 law from being used to undermine future presidential elections.”

House Democratic leaders have also signaled interest in overhauling the Electoral Count Act, but they say they want to wait to see the Jan. 6 committee’s legislative recommendations — expected later this year — before they endorse any legislation.

Palatucci’s resolution tracks the work of the bipartisan group of senators. He, too, wants to clarify the role of vice presidents so there would be no confusion about their limited powers when Congress tallies the electoral votes every four years.

“We’ve got to do everything to avoid the repeat of Jan. 6, 2021,” Palatucci said. “And a big part of that is removing the confusion that lots of people simply had about the role of Congress and the electors and the vice president.”