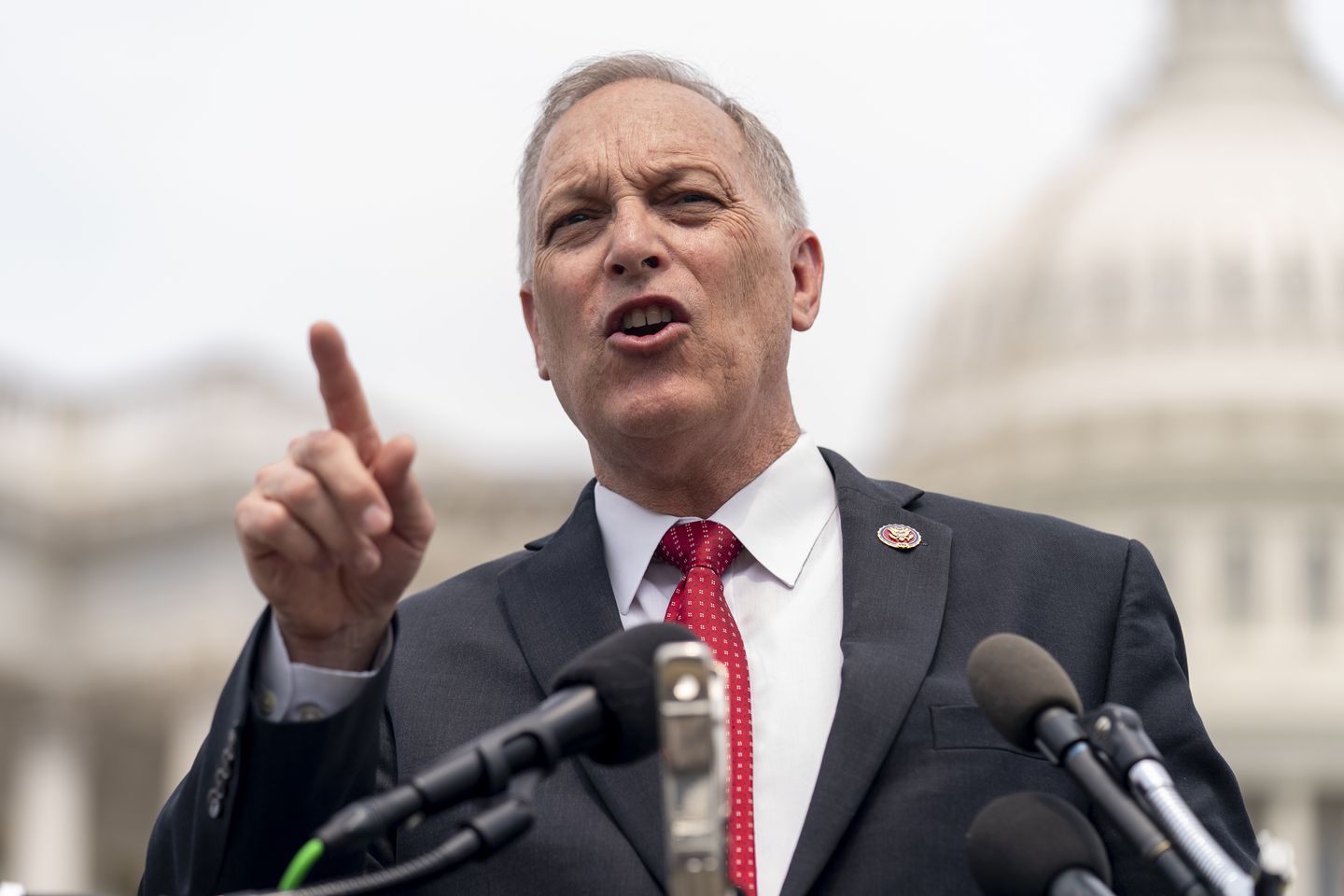 Rep. Andy Biggs has unveiled his “America First Contract” to guide the GOP to a House majority in November with pledges to crack down on President Biden’s weak border policies and launch investigations of top Democrats. Mr. Biggs, Arizona Republican, gave The Washington Times a preview of the contract, saying it provides conservatives a vision…

Rep. Andy Biggs has unveiled his “America First Contract” to guide the GOP to a House majority in November with pledges to crack down on President Biden’s weak border policies and launch investigations of top Democrats.

Mr. Biggs, Arizona Republican, gave The Washington Times a preview of the contract, saying it provides conservatives a vision to rally behind and delivers a positive message as an alternative to negative campaigning.

“We need to have a really positive outlook, positive platform,” Mr. Biggs, a former chairman of the archconservative House Freedom Caucus, said in an interview. “I wanted to be very different from saying, ‘We’re not as bad as those guys,’ and saying, ‘We have a positive way to resolve any issues that are coming.’ That was the genesis for this idea.”

This year, Republicans have momentum in the midterm elections and need a net gain of just five seats to retake control of the House.

Other House Republicans have offered similar contracts or legislative blueprints this year, including North Carolina Rep. Madison Cawthorn, who introduced a conservative alternative to the Democrats’ Green New Deal.

Mr. Biggs’ plan calls for Republicans to convene several investigative committees in 2023 to look into the origins of COVID-19, Hunter Biden’s financial affairs and abuses of the Democratic-led Jan. 6 select committee.

Mr. Biggs said his “America First Contract,” which takes its inspiration from former President Donald Trump’s “America First” agenda, would guide the GOP to a House majority and set the stage for Republicans to fight for the White House in 2024.

He said his plan will unite the party as it moves in a more conservative direction.

Mr. Biggs’ plan was released shortly after he had a public break with House Minority Leader Kevin McCarthy, California Republican.

Mr. Biggs recently said Mr. McCarthy created a “huge trust issue” in the conference when an audio recording surfaced of Mr. McCarthy saying in the aftermath of the Jan. 6, 2021, riot at the U.S. Capitol, that he would advise Mr. Trump to resign.

Mr. Biggs told The Times that he has spoken with Mr. McCarthy in the days since he made the trust comments, but did not elaborate on their conversation.

He also didn’t confirm support for Mr. McCarthy for speaker should the GOP take control of the House in January. He said Mr. McCarthy is a good option among others, naming Ohio Rep. Jim Jordan and Minnesota Rep. Tom Emmer, who chairs the National Republican Congressional Committee.

“Kevin could be a good speaker. He just has to change his approach on some things, and be ready to rock and roll and deliver on these promises,” Mr. Biggs said referring to his “America First Contract.”

“The issue with Kevin is dwarfed, quite frankly, with the issue we have in the direction of the country,” Mr. Biggs said. “We have got to be united on these America First issues.”