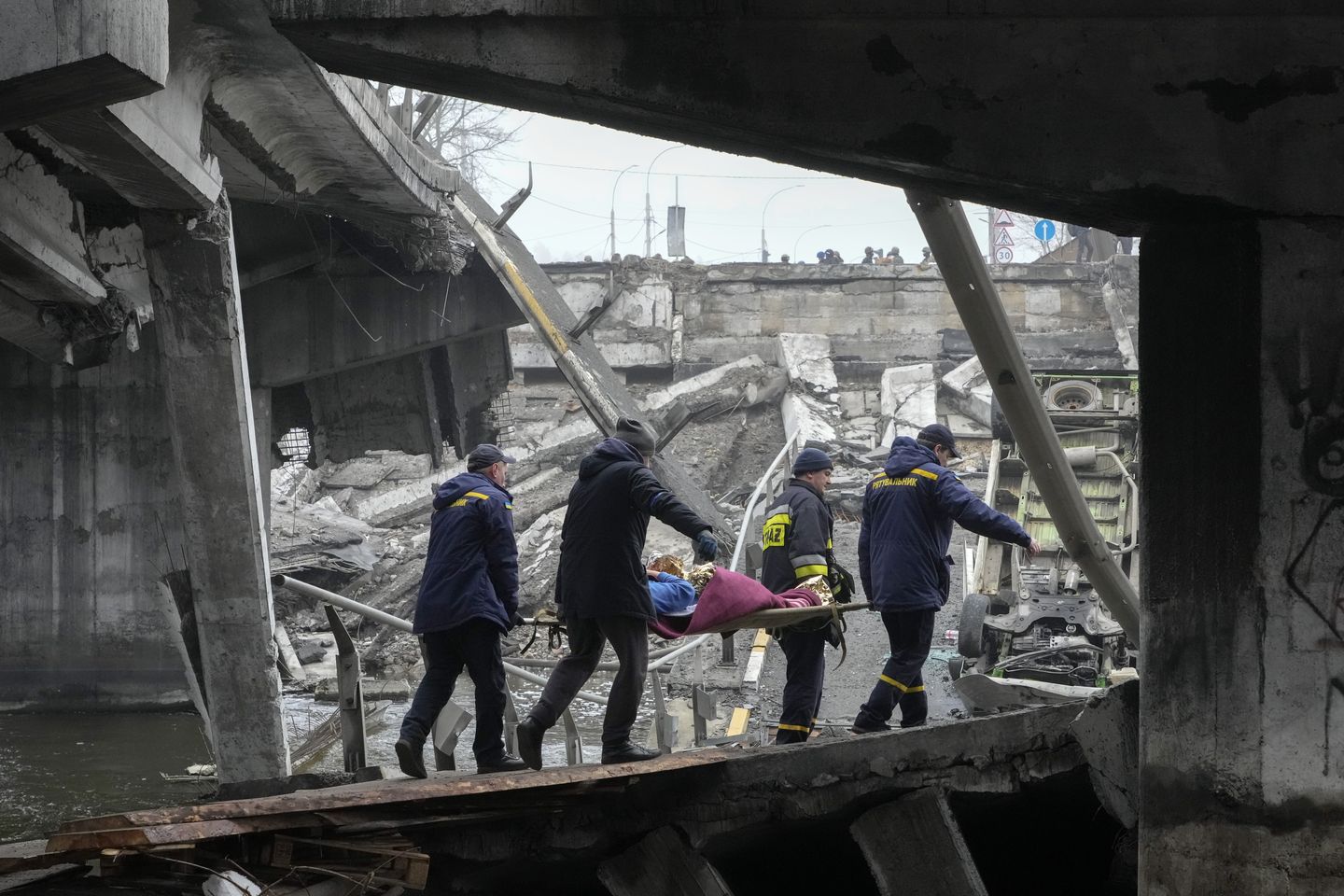 Russia and Ukraine continued talks on Friday to end the conflict that began more than a month ago with Moscow’s invasion of its smaller neighbor. On the same day, a team from the International Committee of the Red Cross (ICRC) announced they had to return to base after failing to rescue civilians trapped in the…

Russia and Ukraine continued talks on Friday to end the conflict that began more than a month ago with Moscow’s invasion of its smaller neighbor. On the same day, a team from the International Committee of the Red Cross (ICRC) announced they had to return to base after failing to rescue civilians trapped in the rubble of besieged city of Mariupol.

The ICRC team, nine people operating out of three vehicles, did not reach the city limits of Mariupol and was unable to facilitate the safe passage of civilians.

“They will try again on Saturday to facilities the safe passage of civilians from Mariupol,” according to an ICRC statement. “For the operation to succeed, it is critical that the parties respect the agreements and provide the necessary conditions and security guarantees.”

If the safe passage operation continues, the ICRC team will accompany the convoy from Mariupol to another city in Ukraine. The IRC said the convoy would put a “humanitarian marker” on the planned movement of people.

“The parties to the conflict would also need to fulfill the agreements reached to allow for this operation to happen,” the ICRC said.

In an address to the nation, Ukrainian President Volodymyr Zelensyy on Friday said the expulsion of their Russian occupiers is continuing. “They themselves are aware that they can no longer withstand the intensity of hostilities they could have maintained in the first half of March,” Mr. Zelenskyy said.

Ukrainian officials confirmed that some Russian troops currently surrounding Kyiv have begun to partially withdraw toward the border with Belarus. The convoy appears to be a mix of military and civilian vehicles – such as trucks, cars, and mini-vans – that were stolen by Russian invaders during their occupation, officials said.

“In addition, the enemy carries out the removal of the looted property,” Mr. Zelenskyy said Friday. “Marauding and violence against Ukrainian citizens continue.”

Ukrainian troops have retaken a pair of towns along the critical main supply route between Chernihiv and Kyiv. The towns now back under Ukraine’s control have been identified as Sloboda and Lukashivka, British military intelligence officials said Friday.

They said Russian occupying forces set up mines inside buildings and infrastructure when they left the city of Bucha, a suburb of Kyiv recently recaptured by Ukrainian forces.

“Both Chernihiv and Kyiv have been subjected to continued air and missile strikes despite Russian claims of reducting activity in these areas,” British officials said.

On Friday, Moscow accused Ukraine of launching an attack on a petroleum depot inside Russia, igniting a fire that caused several fuel tanks at the site to erupt into flames. The airstrikes were carried out by two Ukrainian military helicopters that entered Russian airspace at a low altitude before firing missiles at the depot near Belgorod, about 25 miles north of the border. There were no reports of casualties, according to Russia’s state-owned Tass news agency.

The attack marked Russia’s first public acknowledgment that Ukraine has targeted positions inside the country since it launched an invasion of its smaller neighbor more than a month ago that has killed thousands of people and sent millions fleeing for their lives.

“Certainly, this (helicopter attack) is not something that can be perceived as creating comfortable conditions for the continuation of the talks,” Kremlin spokesman Dmitry Peskov said, according to the AP. “

Ukraine military officials on Friday said their troops had pushed back seven enemy attacks in the disputed Donetsk and Luhansk regions, knocking out at least three tanks and two artillery systems. They also shot down a Russian-made Orlan-10 unmanned aerial vehicle (UAV.)

They said Russian occupying troops hold local residents hostage, both restricting the movement of civilians and quartering soldiers in homes and apartments. They also want local businesses to switch to the Russian ruble for goods and services, according to the Ukraine Ministry of Defense.

Russian troops in occupied cities have been known to confiscate humanitarian aid sent from outside the country and replace them with their own support packages, Ukrainian officials said.