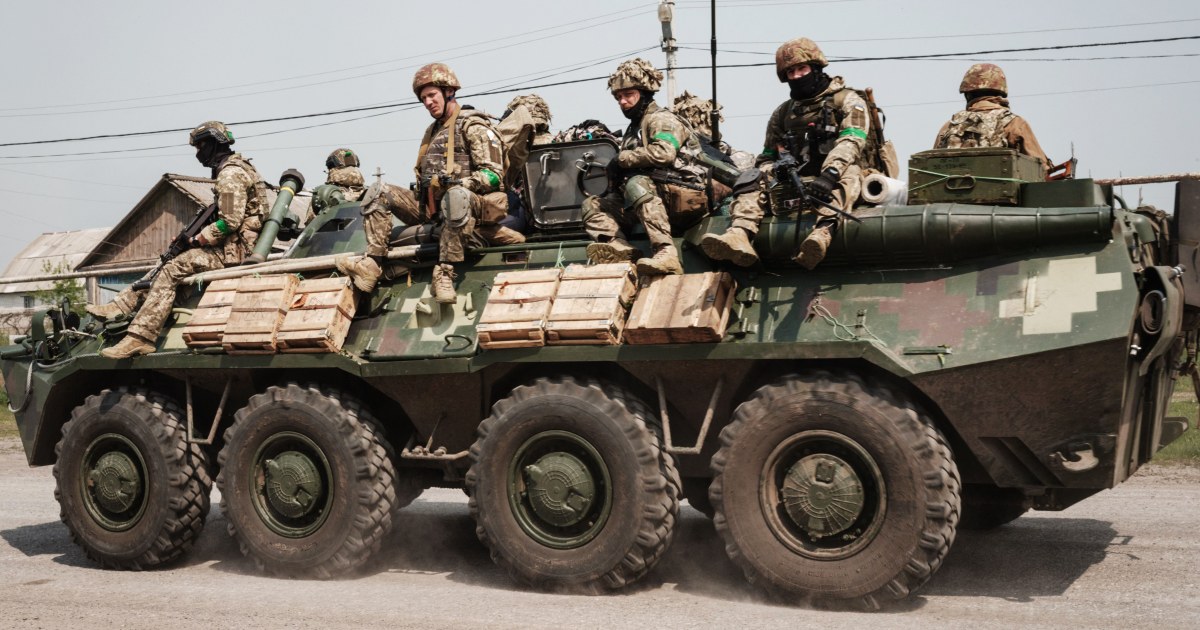 Both sides appear ready for an enduring conflict on Europe’s eastern fringe.With Russian President Vladimir Putin’s invasion of Ukraine entering its twelfth week, experts agree with Western officials that he is committed to a long-lasting and widespread war with Kyiv.And, backed by billions in aid and weaponry from NATO allies, Ukrainian officials are increasingly confident…

Both sides appear ready for an enduring conflict on Europe’s eastern fringe.

With Russian President Vladimir Putin’s invasion of Ukraine entering its twelfth week, experts agree with Western officials that he is committed to a long-lasting and widespread war with Kyiv.

And, backed by billions in aid and weaponry from NATO allies, Ukrainian officials are increasingly confident they will be able to withstand and perhaps even counterattack against persistent Russian onslaughts.

Director of National Intelligence Avril Haines said Tuesday that Putin was ready for a “prolonged conflict” in Ukraine that would stretch well beyond the eastern Donbas region, where Russia’s advances have stalled in recent weeks.

As Ukrainian troops retook several villages around the city of Kharkiv, Ukrainian Foreign Minister Dmytro Kuleba issued a defiant warning to Moscow that his country’s war aims had grown since the outbreak of hostilities.

Vladislav Zubok, a professor of international history at the London School of Economics, said that after being convinced of Ukraine’s defensive capabilities, NATO allies were determined to help it hold out and put an end to Russian incursions in Eastern Europe.

“It’s now more complex than just two sides killing each other,” he said. “The war is regional but the complexity is European and international, and the U.S. essentially poses as a senior patron of Ukraine, determined not to let it lose.”

On Tuesday, the House authorized an additional $40 billion in aid, which Speaker Nancy Pelosi said would help Ukraine “defend not only its nation, but democracy for the world.”

In his most strident communication so far, Kuleba suggested that Kyiv’s military goals had changed from seeking to reclaim territory seized by Russia this year to reclaiming all territory Russia has occupied since 2014.

He said the picture of a Ukrainian victory was “an evolving concept.”

“Now, if we are strong enough on the military front and we win the battle for Donbas … of course, the victory for us in this war will be the liberation of the rest of our territories,” Kuleba told The Financial Times.

While he didn’t mention the Crimean Peninsula specifically, the chief diplomat did express his desire to defeat Russia’s “Black Sea fleet and unblock the passage.”

Dan Hamilton, senior nonresident fellow at the Washington-based Brookings Institution, said it was premature to talk of a wide-ranging Ukrainian counteroffensive, despite recent localized gains.

“The cruel reality is that the Russian separatist entities had about a third of the Donbas under control as of Feb. 24. The Russians now control about 80 percent,” he said.

Hamilton said that neither side would likely accept a political settlement that included conceding Ukrainian territory seized by Russia, meaning both armies were compelled to dig in and fight.

“I don’t see the Ukrainians at the moment having the capacity without much more serious support, and that will take some time,” he said.  “So perhaps the best we can hope for is a cease-fire and a disputed line of control.”

The conflict has already killed thousands of Ukrainian civilians and forced nearly 13 million people from their homes.

Zubov said that Kyiv’s victory aims, at least in public, needed to be “commensurate with the loss and suffering” the public has so far had to bear.

But he warned that expanding territorial goals beyond regions seized since Feb. 24 could have the adverse effect of galvanizing Russian support for an even deadlier conflict.

“If the Ukrainians were to push this message about retaking Crimea, that for Russia would be impermissible,” he said. “It would be a cause for Putin to announce a mobilization and further escalate the war.”

Patrick Galey is a climate and science journalist based in Paris.