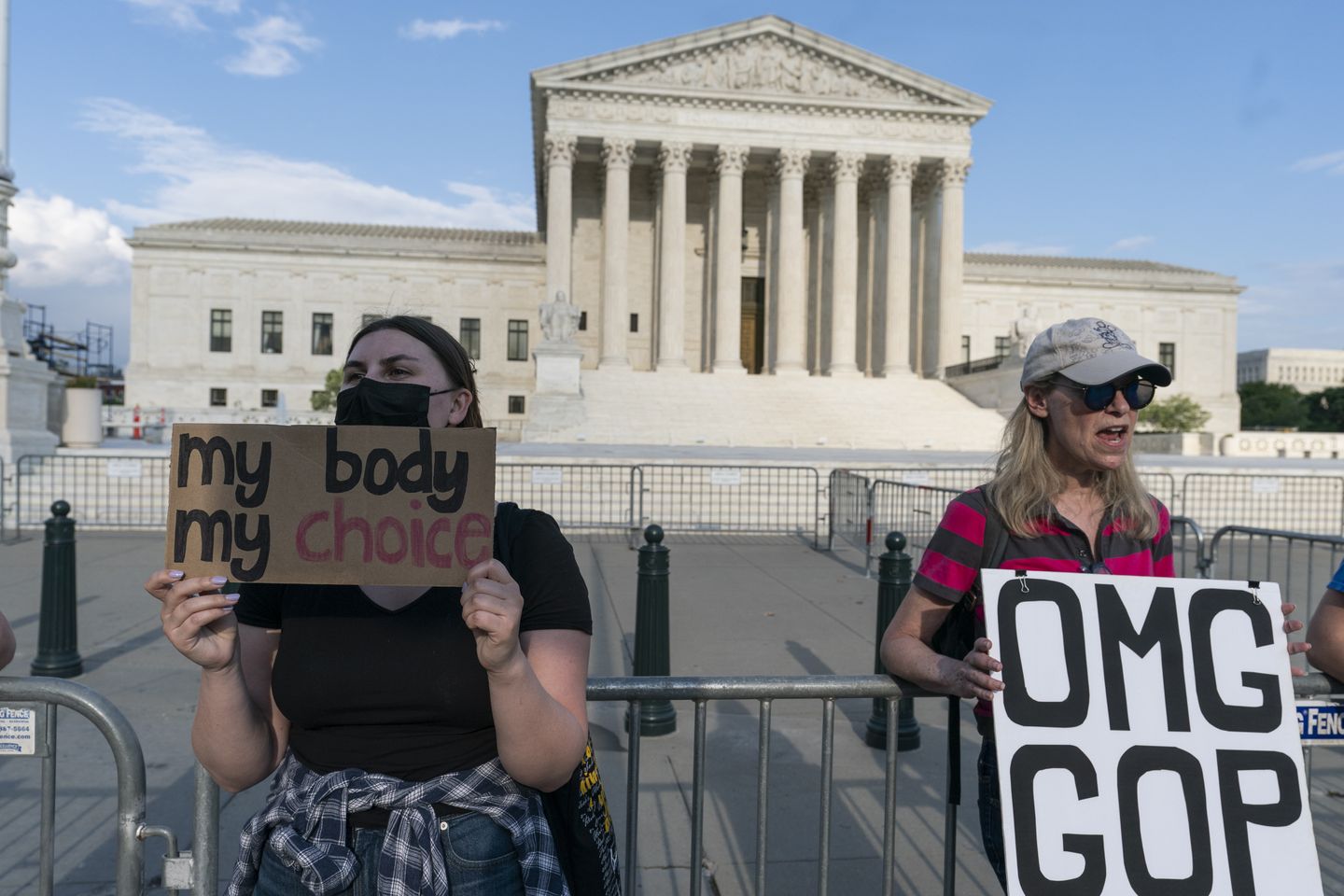 NEWS AND OPINION: It has been a dramatic week following the surprise revelations that the Supreme Court could very well decide to overturn Roe v. Wade. And there’s more to come. According to Rahna Epting, executive director of the progressive activist organization MoveOn, there will be “nationwide mass mobilizations in defense of abortion rights” on…

It has been a dramatic week following the surprise revelations that the Supreme Court could very well decide to overturn Roe v. Wade. And there’s more to come.

According to Rahna Epting, executive director of the progressive activist organization MoveOn, there will be “nationwide mass mobilizations in defense of abortion rights” on May 14 — organized by Planned Parenthood Action Fund, Women’s March, UltraViolet and MoveOn itself, according to Jezebel.com, a news site.

“We will not sit idly by and watch as radical Republicans strip away our rights and freedoms. We will not back down as men try to control our bodies. This is the fight of our lifetimes. And we are ready, energized, and mobilized to fight back,” she said in a written statement shared with the Beltway.

“Americans who want reproductive freedom are the majority. You saw that in streets across the country earlier this week and you will see it again on May 14th. Republicans know they can’t win on this issue at the ballot box,” Ms. Epting said.

Those who are in the pro-life population are also mulling over the future.

“Life is the single most precious gift given to us by our Creator, and every institution of government has a sacred duty to protect it,” said Heritage Foundation president Kevin Roberts, in a written statement, also shared with the Beltway.

“Our Constitution celebrates life. It protects life. And it provides a way for every citizen of this country, born and unborn, to experience the blessings of life. I pray this decision, when it ultimately comes, is the first step in reinvigorating a culture of life in our nation,” he said.

“Now is the time for state legislators to protect life, not wait for Congress to act. State capitals will be the center of activity in the months to come as pro-life leaders pursue legislative options for saving the lives of the unborn. To be clear, Congress should act now to save as many lives as possible. Life begins at conception and our laws should reflect this reality,” Mr. Rogers continued.

“As we work to protect life, we must also embrace the mothers and fathers who find themselves considering abortions and are struggling with what to do. Revitalizing the culture of life means we all have a duty not just to protect the unborn, but to strengthen families, provide help to those in need, and show grace to all,” he said.

This handy term comes from HotAir.com, — a news site — which analyzed a new CNN poll revealing that the public’s view of the economy is the worst it has been in an entire decade. That economy remains “a notably weak spot” for President Biden.

“In most midterms, even ones that end up as landslides, the party in power usually has something going for it well into the summer that could semi-plausibly restore its fortunes before Americans vote. There’s none of that this year,” the analysis said.

“When was the last time a midterm looked this hopeless for the ruling party? Don’t say 2010. Although ObamaCare seemed like it would be a major albatross for Dems, they continued to hold out hope that voters would warm up to the bill that summer and fall as they became better acquainted with it. Don’t say 2018 either. Trump’s low approval rating made major Democratic gains likely, but he had the benefit of a strong economy, a political advantage never to be underestimated,” the analysis later noted.

Not keen on another run

Likely voters from both political parties prefer that President Biden be a “one-term president,” says a new poll of 1,004 likely voters conducted by The Heartland Institute and Rasmussen Reports. It found that 61% prefer that Mr. Biden skip the 2024 election. That finding includes 85% of Republicans, 35% of Democrats, and 65% of Independents.

“Women voters — a key to Mr. Biden’s 2020 victory — have soured on the president, with only 26% wanting him to run again,” the poll analysis said.

If the next U.S. presidential election were held today with Mr. Biden was running against former President Trump, 50% of the respondents would support Mr. Trump, 36% would pick Mr. Biden. Another 9% would opt for “someone else” while 4% are either unsure or don’t plan to vote.

The poll was conducted from April 28 to May 2.

Find the details at FFCoalition.com

54% of registered U.S. voters say they are “extremely concerned about the future of the country”; 61% of Republicans, 54% of independents and 47% of Democrats agree.

33% overall say they are “very concerned” about the country’s future; 32% of Republicans, 32% of independents and 36% of Democrats agree.

4% say they are “not at all” concerned; 3% of Republicans, 3% of independents and 5% of Democrats agree.