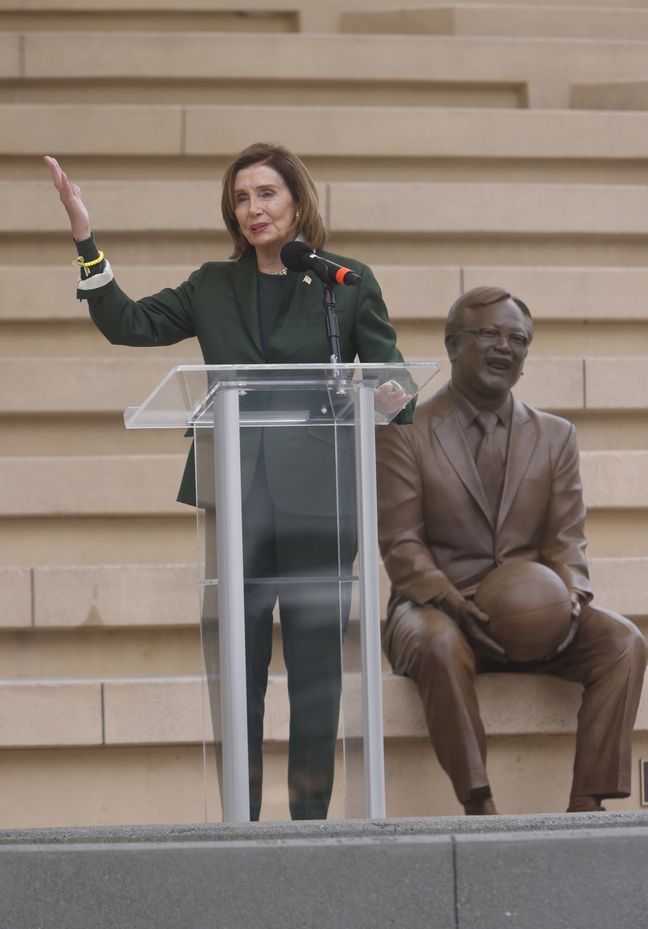 Speaker of the House Nancy Pelosi will hold a vote next week on allowing House staffers to unionize, part of a larger effort by the Democratic leadership to leave its imprint on the chamber. Mrs. Pelosi, a California Democrat, announced the impending vote in a letter to colleagues on Friday. It comes after a months-long…

Speaker of the House Nancy Pelosi will hold a vote next week on allowing House staffers to unionize, part of a larger effort by the Democratic leadership to leave its imprint on the chamber.

Mrs. Pelosi, a California Democrat, announced the impending vote in a letter to colleagues on Friday. It comes after a months-long campaign by the Congressional Workers Union (CWU), a group made up mostly of Democratic hill staffers.

“We will pave the way for staffers to join in union, if they so choose,” wrote Mrs. Pelosi. “Congressional staffers deserve the same fundamental rights and protections as workers all across the country, including the right to bargain collectively.”

At the moment, staffers on congressional committees and in the personal offices of individual lawmakers and congressional leaders are not unionized, despite having the opportunity under the 1995 Congressional Accountability Act.

The law and regulations put forth by the Office of Congressional Workplace Rights allow congressional staffers to organize, provided lawmakers in both the House and Senate passed a resolution enabling unionization.

“Congressional staffers have waited long enough,” said Rep. Andy Levin, a Michigan Democrat who authored the resolution that lawmakers will vote on next week. “Let’s go!”

Advocates of a congressional union point to the low pay and long hours among junior staffers as an impetus for action. They also note that other federal employees of the legislative branch, including Capitol Police and the Government Accountability Office, are unionized.

“We welcome and look forward to the vote, and we expect that every member who has stood up for workers’ rights will vote for our right to form a union,” the CWU said in a statement. “If Democrats are for the people, we are people too.”

Republicans have largely stayed mum on the issue, but few are expected to vote in favor of Mr. Levin’s resolution next week.

Opponents outside the Capitol say the push to unionize congressional staff is part of a bigger shift within organized labor as it moves to court white-collar workers.

“These are no longer the blue-collar unions of our parents’ generation that fought for workers’ rights,” said Suzanne Bates, a senior writer and researcher at the right-leaning Americans for Fair Treatment. “Today, unions organize highly educated ‘elite’ employees from graduate students at universities to journalists, museum staff and now Capitol Hill staffers.”

Mrs. Bates said the push to unionize Hill staffers was about expanding organized labor’s influence among federal lawmakers, especially since their overall numbers were decreasing nationally.

“This expansion on Capitol Hill is about unions building their political capital. It isn’t about the working class and what they need,” she said. “Can you imagine what union meddling could mean for a congressional committee or office?”

Although the House is likely to vote to enable its staff to unionize, the Senate is not expected to follow the same course.

A vote on a similar resolution in the Senate is likely to be tenuous if lawmakers have to abide by the chamber’s 60-vote filibuster threshold. Apart from some tax and spending measures, most legislation has to adhere to the rule to become law.

Since the Senate is split 50-50 between the two parties, the enabling resolution would require the support of at least 10 Republicans along with all 50 Democrats. Advocates of unionizing Senate staffers are exploring whether the resolution could pass via a simple majority.

Even if such a route were possible, it remains unclear whether every Democrat would fall in line with the effort. Sen. Joe Manchin III, a key swing vote in the evenly split chamber, has previously expressed uncertainty about the topic.

“If there’s [a] staff that is not being treated fairly, that should be looked into and taken care of,” Mr. Manchin, a West Virginia Democrat, said earlier this year. But “when you’re working for tax dollars, you’re … at the will and pleasure of the people.”