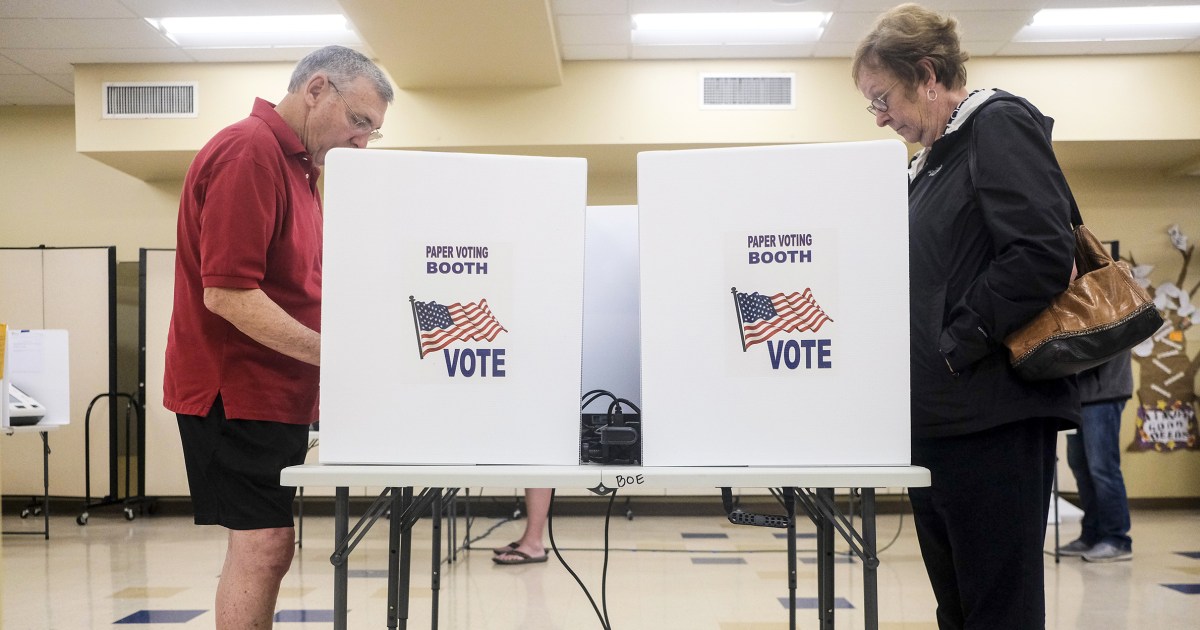 Ohio Republicans secured favorable legislative redistricting maps on Friday for this year's elections after the state's top court effectively threw up its hands in an attempt to enforce new redistricting rules.The GOP victory came by way of a federal court ruling by judges who said they felt obligated to approve a map to ensure Ohio…

Ohio Republicans secured favorable legislative redistricting maps on Friday for this year’s elections after the state’s top court effectively threw up its hands in an attempt to enforce new redistricting rules.

The GOP victory came by way of a federal court ruling by judges who said they felt obligated to approve a map to ensure Ohio could hold its elections, even if that map was one the state Supreme Court had declared unconstitutional.

“Between the standoff among state officials and the delay in getting the case, our options were limited. So we chose the best of our bad options,” the federal court wrote in an order that moved the legislative primary to Aug. 2. It was initially scheduled for May 3.

The court’s ruling dealt a major blow to the state’s efforts to reform its redistricting process.

New rules imposed by a state constitutional amendment approved by voters in 2015 sought to curb gerrymandering and force lawmakers in both parties to work together when drawing boundaries for legislative districts.

While this year’s GOP-friendly map will be redrawn before the 2024 election, the short-term win for Republicans nonetheless exposed the flaws in a bipartisan redistricting process that advocates fought for years to reform.

“Ohioans thought that they were clearly cementing rules into the Ohio Constitution and the Ohio Redistricting Commission would follow those rules, create bipartisan transparent maps, so that we could participate in fair and meaningful elections. And that didn’t happen,” said Catherine Turcer, a decades-long advocate for redistricting reform and executive director of the good government group Common Cause Ohio.

The map that’s slated to be used this year gives Republicans at least a 54 percent share of seats in the state Legislature. It was declared invalid twice by the state Supreme Court.

Republicans were able to muscle through their version in part by refusing to vote for maps proposed by Democrats or independent mapmakers.

The Ohio Supreme Court spent months invalidating maps advanced by the GOP-led state redistricting commission and pressuring panel members to draw fair maps. But in the end the high court it lacked the power to implement maps itself, as the federal court did.

In rulings earlier this week, the state court acknowledged it was effectively out of options to force change in this year’s process, with Chief Justice Maureen O’Connor suggesting voters should consider further reform.

“Having witnessed the ways in which constitutional reforms may be frustrated by hyper-partisanship and the power of inertia, Ohioans have the power to change those dynamics. That opportunity must not be squandered,” she wrote in a concurring opinion.

The legal challenges to the Ohio Redistricting Commission are ongoing and the panel is under a court order to draw new maps — for use in 2024 and beyond — by June 3. But it’s unclear if the commission can be forced to do things differently next time.

“There’s no clear backstop, other than just I guess the attrition of litigation and the fact that commissioners will be called back and forced to keep trying over and over again until they get it right,” said Yurij Rudensky, an attorney at the Brennan Center for Justice who is representing Ohio voters in a lawsuit against the commission.

At the panel’s most recent meeting, Republican members defended the use of the GOP-preferred that will be used this year, saying it was the only map that election officials could implement given the time crunch. Democrats countered that it was a problem Republicans created, citing their refusal to meet for weeks.

Friday’s court order takes effect at midnight on Saturday, giving the commission less than 36 hours to come up with a compromise. It is not expected to do.

Ohio is one of several states that created new redistricting commissions for 2022. Michigan, Colorado, New York, Virginia and Ohio all established new entities for drawing political maps, joining states like California and Arizona who have used commissions for decades.

Some states, like Michigan and Colorado, adopted independent commissions with citizens as members; others like Ohio and Virginia have lawmakers on their panels.

What’s critical under each approach, Rudensky said, is what steps are taken when a commission doesn’t do its job well.

“The best way to disincentivize abuses is to create a sense among map drawers that unless they approach the task in good faith, unless they do right by the standards that they’re bound by, that someone else will take over the process,” he said. “That’s an incredibly powerful thing.”

In Ohio, the state constitution give the state Supreme Court jurisdiction over the commission, but the court can only approve or invalidate a commission-enacted map. They cannot implement or draw a map of their own choosing, something other state courts in Virginia and New York have done when commissions failed to produce maps for some races.

Still, Rudensky argued the outcome in Ohio was at least a step in the right direction.

“It’s not the process that the voters intended, it’s not how redistricting should have unfolded,” he told NBC News. “It’s still an improvement.”